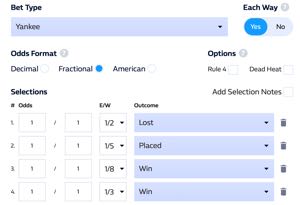 Multiples betting is a great way to potentially land huge net wins from a very small stake. You may well have placed a multiple without even realising it, as a multiple is simply another name for an accumulator from a double upwards. If you’re still none the wiser let me explain. Multiples are most commonly placed on horse racing and football, although in theory they can be placed on any sport or event. Taking football as an example, a very simple multiple bet would be to bet on the winner of two games, for example the live games on a Sunday.

You might fancy Spurs to beat Arsenal at 2/1 in the first game and Everton to beat Liverpool in the second at the same odds and so you have a £5 double on that outcome. You need both results to happen as you predicted for your bet to win and if they do your payout is £45 (the first bet pays £15 including your stake and the £15 is then put on the second bet, paying £45 including the £15) for an overall net win of £40 – effectively odds of 8/1. 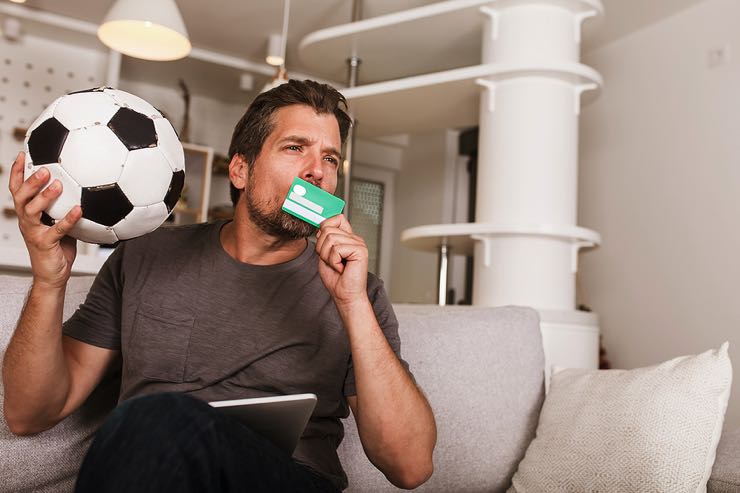 The main advantage is, as stated, that you can win huge amounts without having to bet that much. In the example given above you are getting a payout of 8/1 for combining two bets of 2/1 and when you add on some bets at slightly higher odds and perhaps one or two more bets the numbers really stack up quickly. Imagine you add the other televised games to our previous bet, perhaps Stoke at 3/1 on Saturday and Newcastle at 11/4 on the Monday. Without calculating, how much do you think that bet would be worth come Monday night when Newcastle do the business for you? If you said £675 then well done; and if you placed such a bet then VERY WELL DONE!

Multiples are a great way of having an interest in a lot of games, races or matches without risking a large amount of money. Many people will have multiples of just 20p or even less and maybe even have several on the same events. At 20p a time you can afford to cover several outcomes. For example maybe you aren’t convinced about Everton beating Liverpool so you have one bet where that is a draw and maybe the same with Spurs so you cover a draw there too.

Naturally, when you are betting at high odds you are less likely to win. It’s easy to believe that a horse, football team or tennis player at odds of 1/2 must win and therefore an accumulator (multiple) that has five bets of 1/2 but that pays out at almost 7/1 looks like a great bet. A 1/2 shot, a massive favourite will normally win right? You have to remember that you need all five to win and that remains around a 7/1 chance.

For most people multiples should probably be viewed as a bit of fun. There is a large degree of luck involved trying to pick three or four or more winners on one single bet. It’s great when it pays off – just don’t expect to win every time!

The various legs of a multiple must not be directly related. For example, backing Robin van Persie to score first and Man United to win 1-0 has a price that is quoted by the bookmaker independently of the two separate “legs”. You cannot take the odds for RVP to score first of 3/1 and have that in a double with United to win 1-0 at 8/1 (the odds would be 35/1) because those outcomes are related to each other (called related contingencies in the trade). If the Dutch striker scores first then United are far more likely to win 1-0 and so the odds on the scorecast are considerably lower than 35/1.

Another real life example is the poor gent who placed a bet on a white Christmas in 2009 in 27 UK locations. Ladbrokes took the bet in error as an accumulator and the gent assumed he was in line for a win of around £7m. However, all the 27 bets were related contingencies and thus not combinable in an accumulator. If it’s 5/1 to snow in Cardiff and 5/1 to snow in Bristol (less than 40 miles away as the crow flies) then the odds of it snowing in both are not 35/1 but much closer to 5/1, because if it snows in one it is much more likely to be snowing in the other too.

If you have two legs then it is called a double, three legs a treble, then fourfolds, fivefolds and so on. However, for trebles and upwards you have the possibility to cover every possible outcome. So for example with three legs you have a three separate singles, three doubles and one treble. If you want to cover all of those bets it is called a Patent and is comprised of seven bets.

This is known as a full cover bet including singles. A £1 Patent on Bob’s Boy, Red Gloves and Horsesforcourses (three fictitious but hopefully lucky horses) will cost you £7 and as long as one wins you will get something back, although all three must win for all seven bets to win. Here we take a look at some of the most common full cover (with and without singles) bets.