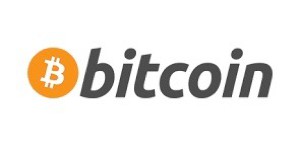 Bitcoin has been about since 2008 and in that time, has been somewhat of a revelation within the gambling industry. Bitcoin is essentially its own cryptocurrency, which basically means that it’s based online as a form of online currency. It’s ability to offer super secure banking and timely transactions whilst also avoiding fees often charged by debit cards has been one of the main reasons behind their success.

Bitcoin is able to exchange funds from wallets to wallets, just as you would money from your bank account. It’s worth noting that there are no physical Bitcoins that you can hold, it’s just an online currency, so essentially its just numbers on a screen, if you will.

As more people are starting to get on board with Bitcoin, more business is starting to accept it as currency. The gambling industry has been a huge reason as to why the currency has seen the success it has, and even though the early spikes in terms of exchange rate seem to have settled down, it’s still a lucrative form of currency for most.

How to Deposit Using Bitcoin 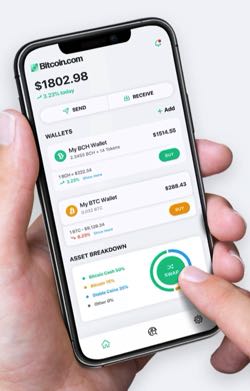 Below we have a step by step guide on how to deposit with Bitcoin. Whilst each bookmaker may differ slightly, this shouldn’t be too far away for the majority of them.

What Countries Accept Bitcoin for Gambling?

Bitcoin is often seen as a way to get around tough banking laws and in turn have an easy and safe way in which punters are able to bank. For example, the American market has struggled massively in terms of being able to bank safely and also legally. Bitcoin has been on method that has allowed bookmakers and even casinos to accept funds and allow them to bank.

As Bitcoin is essentially a currency, albeit a digital one, it doesn’t so much come down to certain countries restrictions, more to the jurisdictions that allow it. Two of the most famous are that of the UK and Curacao, both popular places for companies to obtain gambling licenses. As long as bookmakers are part of these respected licenses, then they will be able to accept players wanting to use Bitcoin if they choose.

Bitcoin was created by Satoshi Nakamoto in 2008. It was Nakamoto’s vision to set out and create a new digital currency that could be used in a number of manners. But, interestingly enough, few people actually know who Nakamoto is and his identity has never been publicly released, often having him associated with the illusive artist, Banksy.

The first open source code was released in 2009 and then the insurance of the first Bitcoins followed on shortly after. It is thought that Nakamoto himself minded the first ever Bitcoin, whilst also handily getting a 50 Bitcoin bonus for doing so.

The currency got traction fairly quickly and on the first day the source code was released, the company were able to complete their first transaction of 10 Bitcoin to that of Hal Finney. Today, 10 Bitcoin is worth around £31,000.

Nakamoto’s affiliation with Bitcoin ended around 2009 when he handed the company over to develop, Gavin Anderson. But, Nakamoto didn’t leave without taking what he rightly thought was his and managed to mine another 1 million bitcoins, with a market value today of around £3.1 billion.

The first peer to peer transaction occurred when two pizza’s were bought from Papa Johns for 10,000 Bitcoin. But, in 2010, a major vulnerability occurred in the system as transactions were not properly being verified within the chain. This essentially let users create an infinite amount of Bitcoin, and on August 15th 2010, they were exploited for over 184 Billion Bitcoins. But, these were quickly halted and reversed as soon as they got wind of what was going on.

By 2015, the company now had over 100,000 vendors and merchants all using Bitcoin. The currency could now be used as investment money and, according to Cambridge University, there are as many as 5.8 million unique users using this technology to mine money.