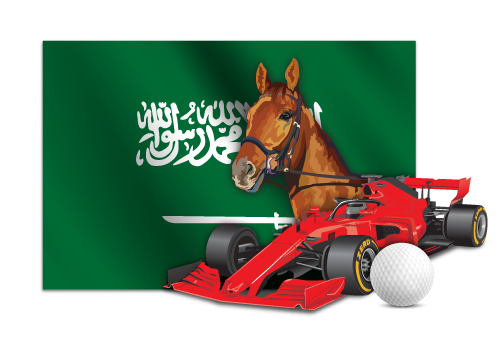 Saudi Arabia is not a country best known for major sporting action. But over the past few years we have seen that change somewhat and the oil-rich nation seems likely to continue attempting to alter its image and broaden its appeal by hosting high-profile sporting events.

In common with other nations in the region, Saudi Arabia wants to reduce its economic dependence on oil. In 2016, Crown Prince Mohammad bin Salman outlined Saudi Vision 2030, a project which would see his nation invest heavily in a range of areas to achieve this goal. Countries, such as the UAE and Qatar, have also sought to expand their appeal to tourists and sport is seen to be a huge part of that, both in terms of directly bringing people to these places and also in terms of marketing a positive image of their nations and even legitimising them in the minds of the international community.

Saudi Arabia is following a well-trodden path and over the past few years we have seen a number of big sporting events brought to the desert nation. Perhaps the biggest was the heavyweight boxing bout between Anthony Joshua and Andy Ruiz Jr. We have also seen golf, WWE wrestling, football (the Italian Super Cup was held in Jeddah) and other events take place in the kingdom and many more sporting contests are sure to head to the second largest country in the Arab world in the years to come. 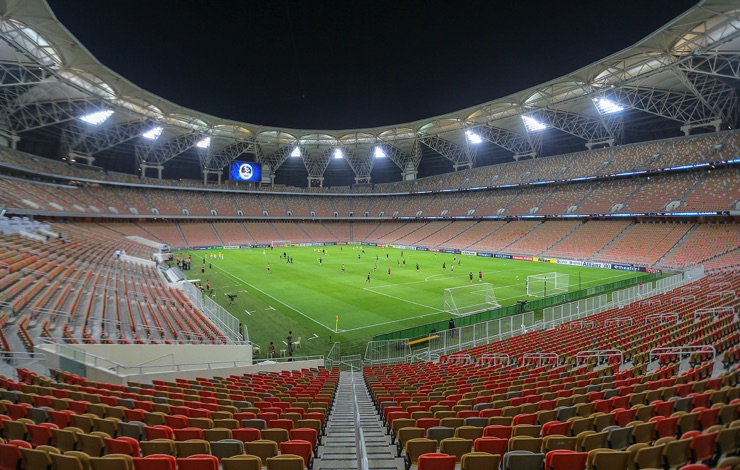 Football is essentially the national sport in Saudi Arabia these days and has been for some time. The men’s national team has won the Asian Cup three times and they reached the World Cup finals for the first time in 1994. Since then they have qualified for the finals a further four times but have never matched their achievement of making the second round at USA ’94.

Domestic football takes place in Saudi but is of no real interest outside the country itself. As mentioned earlier, Jeddah hosted the 2018 Supercoppa Italiana. The city’s King Abdullah Sports City also hosted the Supercopa de España in 2020 (expanded from its traditional format into a four-team mini-tournament) and a deal is agreed for the city to host the event for a further two seasons. 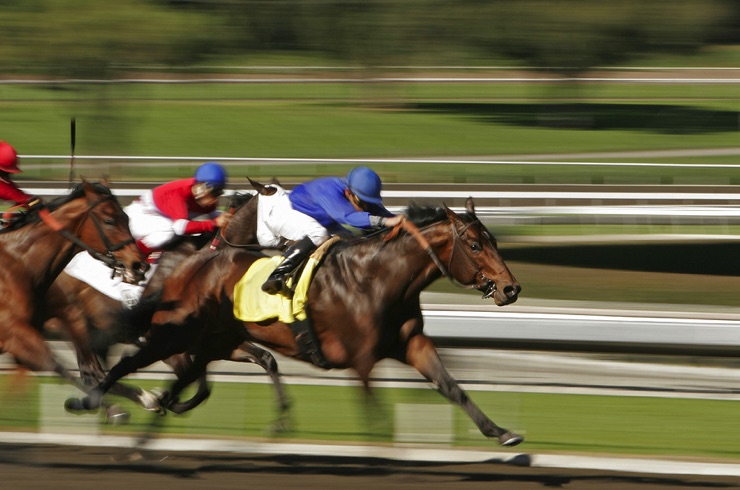 The Middle East has a long association with horse racing, with Arabian horses the foundation stallions to which all modern racehorses can be traced. Camel racing in Saudi pre-dates all of this but modern European racing is certainly closely linked with the country.

Many of the top owners, breeders and some trainers are Saudi and whilst they can be most frequently seen in the UK, it should come as no surprise that there are some huge races held here in the Middle East.

In 2019, it was announced that the King Abdulaziz Racetrack in Riyadh would host the richest race ever on 29th February 2020. The newly created new Saudi Cup will dish out a whopping $3.5m… to the horse that finishes second! First past the post will scoop half of the sensational $20m purse, with 14 horses set to slug it out over nine furlongs on the dirt.

A turf track has also been built and will hold races on the undercard, many of which will be highly lucrative in their own right. There will be eight races in total with almost $30m on offer, making this by far the richest day of racing ever to be held. 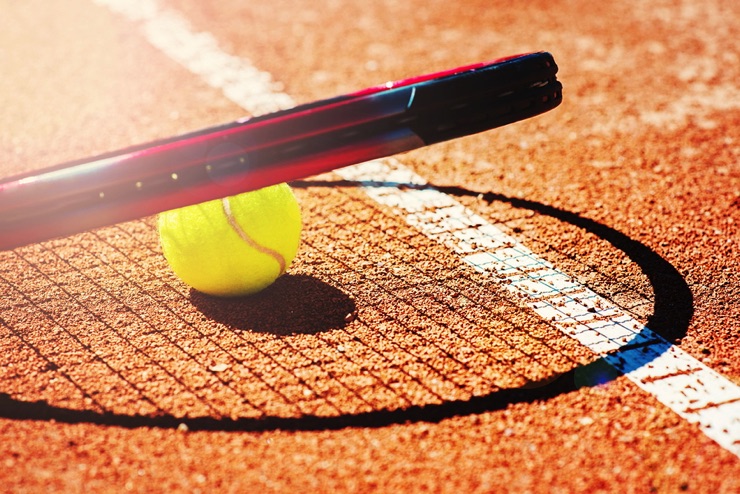 The Diriyah Tennis Cup was the first international tennis event to be staged in Saudi in 2019 and was won by world number five Daniil Medvedev. Held at the Diriyah Arena (which also hosted Joshua versus Ruiz II), it took place in 2019 and attracted a decent field who competed for $3m in total.

It was not a ranking event and, at the time of writing, there are no plans for the country to host an official ATP or WTA event. But we wouldn’t be at all surprised to see money talk and Diriyah to be added to the roster of the men’s game in the coming years.

Significant golfing events have been held in the region for a long time now. In addition, golf has a reputation as a sport for business networking and so it should be no real surprise that 2019 saw the European Tour visit the Kingdom of Saudi Arabia. The inaugural Saudi International was won by Dustin Johnson and in 2020 Graeme McDowell lifted the trophy and the cheque for more than half a million US dollars.

DJ finished second and some serious appearance money guaranteed a classy field once again, with Phil Mickleson, Thomas Pieters, Sergio Garcia, Brookes Koepka and Henrik Stenson just some of the big names to visit Saudi. Rory McIlroy reportedly turned down £2m to play but the tournament was well received and looks set to be around for some time.

Saudi has hosted a range of events for fans who like their sport powered by petrol (or at least with an engine) and the Diriyah ePrix was the first Formula E race to be held in the Middle East in December 2018. The race was held again the following year and in January 2020 plans were unveiled for the Kingdom to potentially host a Grand Prix in 2023, although some claim it could come as soon as 2021.

A new track is set to be built as the country continues to pour billions of pounds into converting itself into a global sporting destination. The Qiddiyah circuit will be part of a new sports/entertainment complex on the outskirts of Riyadh, the Saudi capital. 2020 also saw the Dakar Rally visit Saudi Arabia for the first time, with 12 stages taking racers from Jeddah to the capital.

World Wrestling Entertainment Inc has hosted a number of events in the country, the first being back in 2014 and probably the biggest being the Greatest Royal Rumble, which took place in 2018. Wrestling is available to watch on television in the country and the WWE has even hosted women’s wrestling in the country, albeit with the participants wearing rather more clothes than they do when fighting in the US. 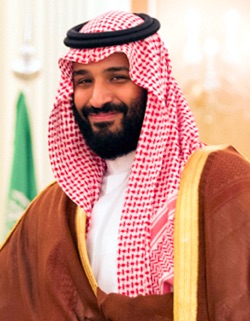 Those who support the actions of Crown Prince Mohammed bin Salman and the Saudi authorities claim that this sudden new interest in hosting sporting events comes from a good and honest place. They say it is part of the modernisation and liberalisation efforts of the new rulers and that the aim is to increase participation in sport and improve the nation’s health, to boost tourism, and to help transform the economy and societal attitudes.

Critics, and there are many, argue that whilst there may be some truth in the motive of economic diversification, the chief aim of the project is to legitimise the regime (that has an abysmal record on human rights) and take attention away from what many regard to be war crimes committed in a brutal and ongoing war against Yemen.

Ahead of Joshua and Ruiz’s title rematch, Felix Jakens, who works for human rights charity Amnesty International said, “The authorities are keen to whitewash – or ‘sportswash’ – their tarnished international reputation. The reason for that reputation is well-deserved. They’ve got an appalling record on LGBT rights, women’s rights, extra-judicial killings, beheadings, the murder of journalist Jamal Kashoggi last year, and their involvement in the ongoing conflict in Yemen.”

Many who love sport and betting on major events will not necessarily be focussed on Saudi Arabia’s true motivations for hosting big sporting contests. There is no simple answer to why a nation that once only cared about the sport of falconry is now seeking to host international matches in just about every discipline going.

Moreover, there is certainly no simple answer to whether this is a good thing, a bad thing, a neutral issue or something that has a complex range of pros and cons. If anything, we would have to suggest complexity is the most accurate assessment and that there are likely to be benefits and drawbacks, depending on your personal standpoint.

It is worth pointing out that just about every nation in the world has its imperfections but few question, for example, America’s right to host sporting events given the questionable wars they have waged and the human rights abuses many believe have occurred at Guantanamo over the years. Many have serious doubts about nations such as China (that hosted the 2008 Olympics), Russia (home of the 2018 football World Cup), and Qatar (scheduled to host the next global football showpiece, the 2022 World Cup).

If sport only took place in nations that were beyond reproach we would soon run out of host countries. Whilst some states are clearly more culpable than others, as sports fans we have to feel that deciding who can and can’t legitimately host an event is rather beyond our pay grade.

However, there seems little doubt that money will continue to call the shots and countries in the Middle East and beyond will seek to attract big events. We can never fully know their motivations and just as we should be aware that few countries are immune from ethically dubious practice, we should also be aware that “sportswashing”, if we can call it that, is nothing new.

AJ versus Ruiz took place almost 50 years after the Rumble in the Jungle and was by no means the first instance of a country seeking legitimacy through sport. What’s more, it most definitely won’t be the last.