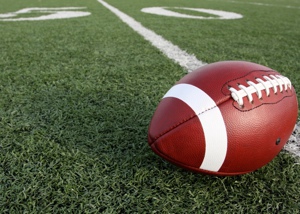 American Football, just “football” in America, is also known as gridiron and, despite the fact that gambling is severely restricted to Americans themselves, it is a sport on which many a sports punter gambles the world over. The vast majority of that money is bet on the National Football League (NFL) in the USA, although as bookmakers expand their operations there is increasing coverage of lesser leagues, such as college football, Europe and America’s secondary league, the UFL.

But the NFL and the Superbowl are the pinnacle of the game with the heroes of the sport at that level among the richest sportsmen on the planet. American football is big business and so is betting on it, with around half of all sports bets placed in Las Vegas being on the sport.

How to Bet on American Football

Akin to football (or soccer), betting on American Football is massive and so consequently there are a huge range of bets and markets offered by the bookmakers. Also like football, the nature of the game lends itself to a broad range of betting opportunities, with various stages and events within each game. Here we look at some of the most popular bets, although the list is by no means exhaustive.

Because the standard bets are relatively simply by nature there aren’t too many rules to look out for. The main thing is that unlike in soccer, where extra-time is rarely included in bets, overtime almost always does count unless otherwise stated. Moneyline bets level after overtime are a “push”, which means you get your stake back.

With a bet on the spread, the winner will be deemed to be settled at the end of the fourth quarter, even if overtime is played. If the scores are level after the application of the handicaps it is a push, unless “tie” was offered at the time of the bet (which it usually isn’t). Total points bets include overtime and if the total points are equal to (i.e. where the spread is given in whole not half points) to the quote the bet is a push.

The final thing to consider is that most bets will stand if 55 minutes of the game has been played, even if it is subsequently abandoned and even replayed at a later date.

Information as ever is the key. If you know more than the bookies and you apply that knowledge with an unbiased standpoint you will find value bets and potentially be able to secure a net win. Betting on American Football, with its heavy emphasis on the spread, is particularly suited to that and one great tip is to apply your own handicap to matches.

Do your research, look at the form and then decide what handicap you would give a particular side. If you think the Ravens will beat the Broncos by eight and the bookies think three, then you’ll want to be backing the Ravens pretty heavily.

Another thing is to make sure you fully understand and assess the benefits of half points, either on the total points or spreads. Whilst the chances of hitting the exact points total (so if the total points is given as over/under 54 we are talking about the game having exactly 54 points) is slim, using previous stats you can try and assess whether you might be better taking slightly lower odds for a total of, say, 53.5 instead.

American football is without doubt the biggest and most prestigious sport in the United States of America. Professional and college football are the most popular forms of the game, with high school and youth football also very popular. Whilst the NFL may be the primary focus globally, college football attracts huge crowds domestically, with several sides boasting average attendances in excess of 100,000!

The NFL’s 17-week regular season usually runs from the week after Labor Day to the week after Christmas, with each team playing 16 games in the regular season. Following the conclusion of the regular season, six teams from each league – four division winners and two wild card entries (the other highest ranked sides) – progress through to the play-offs. The winners then go head-to-head in the Super Bowl, which is usually held on the first Sunday in February each year.

The Super Bowl has been going strong for over 50 years, with the first ‘Big Game’ taking place on January 15th, 1967. The game has got bigger and bigger each year, and is now considered an unofficial American national holiday, known as ‘Super Bowl Sunday’. The Super Bowl is among the most viewed sporting events in the world, only second to the UEFA Champions League final as the most watched annual sporting game.

Not only is the Super Bowl popular for the action on the pitch, the pre-game and half-time ceremonies have seen the likes of Michael Jackson, Prince, Madonna, Beyoncé – and several other acts – perform on the biggest stage.

At the time of writing, the NFC has the slight edge with 28 wins to the AFC’s 27. The Pittsburgh Steelers and the New England Patriots jointly have the most Super Bowl titles, with six championships each to their name. The New England Patriots have taken part in the most Super Bowl’s to date, with eleven. The 2022 edition of the Super Bowl takes place at the SoFi Stadium in Inglewood, California, on February 13th. It will be the 56th Big Game, officially known as Super Bowl LVI.