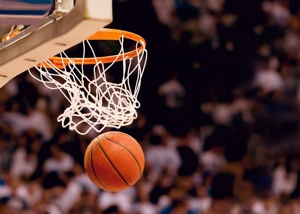 Since its development in the late 1800s by a Canadian-American physical education instructor in Springfield, Massachusetts, the game of basketball has come a long way. Originally utilising a peach basket – from which the ball would have to be manually retrieved each time a team scored – and a soccer ball, the modern game is a fast, frenetic but highly skilful game enjoyed by millions around the world.

The pinnacle of the professional game is undoubtedly the National Basketball Association (NBA) which contains 30 franchised teams, the vast majority from the United States (29) along with a token Canadian side. But as well as the undoubted popularity of the sport in North America, it is also widely played and supported in many countries on all continents, with professional leagues existing in countries as diverse as Brazil, Iran, Japan, and New Zealand, along with most European countries.

The upshot of all this basketball from a betting perspective is that there is almost always a match, league or tournament on which to bet, and with some bookies now offering live streaming of many in many of the international leagues, you can get to watch some of the action too!

How to Bet on Basketball

As basketball has grown in popularity throughout the world, so the number of bets available has increased. There are numerous markets available on individual basketball matches or on tournaments and leagues, and here we present some of the more common among them.

There are a few betting rules that are worth knowing about before you start piling into the next available basketball match. While things like match abandonments are rare indeed, your bets will still stand as long as a certain proportion of the match has been completed (often 43 minutes for NBA, but check with individual bookmakers).

If handicaps are given as whole point values (as opposed to the half-point values mentioned above) and the score lands on that exact number, the bet will be voided and your stake refunded. Generally speaking, overtime counts for all market unless otherwise specified, or where it is obviously not applicable – for instance individual quarter betting.

Basketball is the kind of end-to-end sport that means there will always be highscoring matches. But given the nature of the sport, it is not as common as one might expect for teams to win by massive points margins, even when they are strong favourites. As such, getting involved with the underdog in the handicap markets is often a fruitful option when betting on basketball, as long as you’ve done your homework.

Assessing when teams are likely to hit form, maintain form or pull a surprise against a team perceived as better is easier said than done, and watching as much of the sport as possible is clearly the first place to start. Also reading the news, checking the player stats and looking at past trends will also pay dividends if you allow your mind – rather than your gut – to rule your basketball bets. The nip and tuck nature of many matches means you can often get good value from quarter betting. For instance if you see a team who tends to put in a fantastic third quarter is facing a better-fancied side who tend to have a third quarter lull (which is easy to spot in the stats), you could be onto a winner.

Of course, learning about the less prestigious leagues is also a good way to get the edge on the bookmakers. While the big bookies are likely to have the time and inclination to study the stats for the NBA and major European leagues and set their odds accordingly, they may not be so hot on the league matches of South Korea or Argentina. Though, bookies being bookies, many will still offer odds, which could give you the chance to seek out some value. So get on those Korean basketball forums, befriend some English-speaking local experts and do your worst!

On the international stage, FIBA (International Basketball Federation) is the worldwide federation for the sport. FIBA was originally formed in 1932 by eight nations: Argentina, Czechoslovakia, Greece, Italy, Latvia, Romania and Switzerland. Nowadays, it has 213 national federation members!

The concept of basketball is simple. It’s mainly played as a team sport indoors, where a team can score a field goal by shooting the ball through the basket being defended by the opposing team. The ball can be advanced on the court by passing it to a teammate, or by bouncing it while walking or running.

A field goal scores three points if the attacking player scores from behind the three-point line, and two points from in front of the line. A side can also score via free throws, which score one point each time. The team with the most points accumulated at the end of the game wins. All nice and simple!

With several big leagues and tournaments taking place each season, let’s take a look at the most popular and prestigious basketball events throughout the year, on the club and international stage.

The NBA is without doubt the biggest league in professional basketball. The league is made up of 30 teams – 29 from the States and one from Canada as of the 2017-18 season – and is run annually from October to May each year. At the end of the regular season, the NBA play-offs take place.

The league was founded in New York City way back in June 1946 and has grown ever stronger each year. The 2017-18 NBA season is the 72nd year of the National Basketball Association. The most successful team in NBA history are the Boston Celtics, who have won 17 titles over the years (again, correct as of 2017). Their last championship, however, came in 2008. In 2010, Boston lost out to the Los Angeles Lakers in the play-offs.

As of 2017, the most recent champions are the Golden State Warriors, who won their fifth crown in the 2016-17 season. After winning a phenomenal 67 of their 82 Pacific Division matches during the regular season, Golden State then beat Cleveland Cavaliers 4-1 in the NBA finals.

The NBA has grown more and more popular over time, becoming one of the most recognised leagues in all of sport, certainly in the USA. The league has attracted an increasing number of international players. In fact, in the 2013-14 season, 92 international players played on the opening night rosters, representing 39 countries and comprising over 20% of the league.

Unofficially known as March Madness or, less frequently, the Big Dance, this tournament sees 68 top class college basketball teams battle it out to be crowned champions. UCLA are the most successful side in the history of the event, with 11 championships (as of 2017).

The competition, which was founded in 1939, attracts huge crowds and is widely – and lucratively, broadcast on TV.

Looking outside of America, the EuroLeague is the most popular European-wide league in the world. Run by EuroLeague Basketball since 2000, the competition replaced the FIBA EuroLeague, which had been held since 1958.

EuroLeague, also known as the Turkish Airlines EuroLeague for sponsorship reasons, is one of the most popular indoor sporting leagues in the world, with an impressive average attendance of 8,472 during the 2016-17 season. Those figures were the second highest of any professional basketball league in the world, only behind the unrivalled NBA.

The EuroLeague has been won by 21 different clubs over time, 12 of which have won the title on more than one occasion. At the time of writing, Real Madrid, not just a famous name in football, are the most successful team with nine titles.

Currently, 16 teams play each other twice over the course of a season, with the top eight advancing to the play-offs. Those eight sides then do battle to become EuroLeague champion. In the 2016-17 season, Fenerbahce of Turkey won their first title, beating Olympiacos 80-64 in the final. There’s also top domestic leagues in countries such as Spain, Turkey, Russia, Germany, Italy, France and China.

On the international stage, the FIBA Basketball World Cup is the biggest national tournament in professional basketball. The world championship is usually held every four years, with the last tournament won by United States in Spain in 2014.

The US are the most successful international team since the first FIBA Basketball World Cup in 1950, winning the gold medal on five occasions. America have been runners-up three times, and finished with the bronze on four occasions. In Madrid in 2014, USA beat Serbia 129-92 in the final. America also came out on top in Turkey in 2010, beating the hosts 81-64 in the gold medal game in Istanbul.

The next world championship event is scheduled to take place in Beijing, China in 2019. 31 teams will join the hosts in the tournament, with qualifiers taking place all over the world in 2017 and 2018.