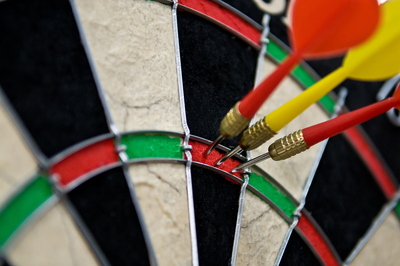 The PDC World Matchplay is one of the biggest tournaments in darts. Whilst the PDC doesn’t have any official ‘Majors’ it’s widely considered by many to be one and is right up alongside the likes of the World Championships and the UK Open as the more prestigious events.

The tournament has been famed for producing some highly exciting finishes over the years and with it is a crowd favourite. It is normally based at Blackpool’s Winter Gardens, which is another massively popular spot for dart fans and is relatively accessible for spectators based around the UK. For 2020 it has been relocated to the Marshall Arena in Milton Keynes where it will take place without fans.

About the World Matchplay 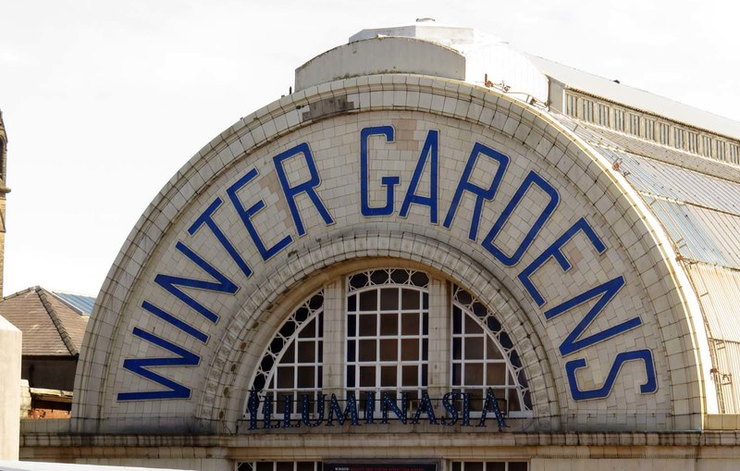 The World Matchplay has traditionally been held at the Winter Gardens and has been played here since 1994. It’s one the longest running venues for a single tournament on the PDC and whilst there have been calls to move to a bigger venue to accommodate more fans, it is regarded as a bit of an institution now, with the Empress Ballroom doing a fantastic job of providing a grand backdrop for the matches. In fact, the tournament is often sold out for all days and it did so in 2017 in record time, selling all tickets for all sessions within just 3 days of going on sale.

The tournament is held in July, which is towards the back end of the season. It’s often a tournament that the players target to take advantage of the large prize money that’s on offer, whilst also offering large number of world ranking points that could vital in order to keep their card for the following season.

The venue is based in Blackpool, a town that has a huge link to darts with tournaments being played there for many years. It’s also one of the most competitive country and national circuits on the amateur tour, which is a great reflection as to how popular the sport is on the whole.

Winer Gardens has been constructed since 1875 and with it provides a prime location just off the sea front in Blackpool. In 2010, £40million was spent on the renovations to the plot and with it transformed what was arguably a fairly ageing building into one of the best sports for the spectators on tour.

The Empress ballroom, which is where the main stage is located, holds 3,000 which makes it one the bigger venues on tour. It’s also been home to many pop bands over the years, including the likes of Pet Shop Boys, The Beatles, Queen, Oasis, Radiohead, Slash and The White stripes, to name just a few.

Relocation to Milton Keynes for 2020

For the 2020 tournament which will take place behind closed doors, organisers decided to switch play to the Marshall Arena in Milton Keynes. This venue has already hosted snooker’s Championship League and Tour Championship successfully with procedures already in place to keep all involved safe.

The games on offer at the World Matchplay run a little differently compared to most PDC events. For one, the games are best of a certain number legs, not sets. The second is that each game must be won by 2 clear legs. So, in a first to 10 match, if the scores are 9-9 then the game will continue until one player is leading by 2 legs. But, sudden death will come in if the scores are still tied depending on how many legs have been played and in what round.

Below is a breakdown of the format of each round of matches. 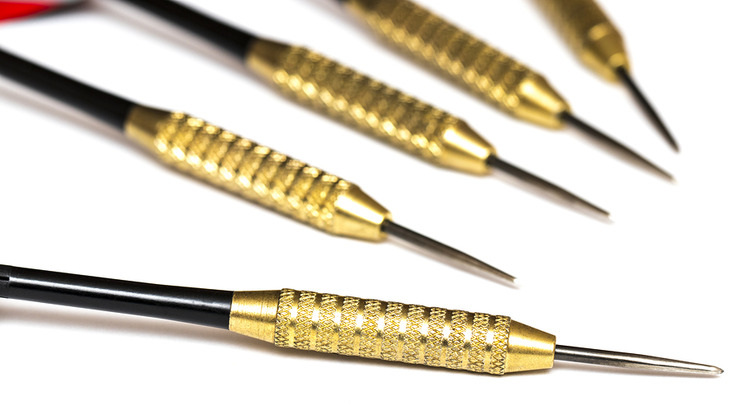 This tournament has, in the past, been dominated by Phil Taylor. Between 2000 and 2014 The Power won 13 of the 15 titles on offer, the other two going to Colin Lloyd in 2005 and James Wade in 2007. Since 2015 the competition has been much more open with Michael van Gerwen, Gary Anderson and Rob Cross all being crowned the champion. Taylor won again in 2017, his last Matchplay appearance before retiring.

There was a record £700,000 prize fund on offer in 2019, an increase of £200,000 on the previous year’s tournament. The number 1 seed was Dutchman Michael van Gerwen but his poor run of form in this competition continued as he was beaten in the second round by Glen Durrant, the three-time BDO World Champion who made the switch to the PDC this year.

The winner was number 2 seed Rob Cross who defeated fifth seed Michael Smith in the final despite a lower three dart average than his opponent. Cross jointly have the highest checkout of the tournament hitting 170 against Stephen Bunting in the quarter-finals. The other maximum checkout was from Peter Wright who secured a 170 finish in his second round win over Simon Whitlock.

Daryl Gurney scored the most 180s in 2019 with 36, two more than winner Rob Cross and three more than runner-up Michael Smith. Incredibly, Dave Chisnall hit ten 180s in his first round match but was still knocked out by German Max Hopp. 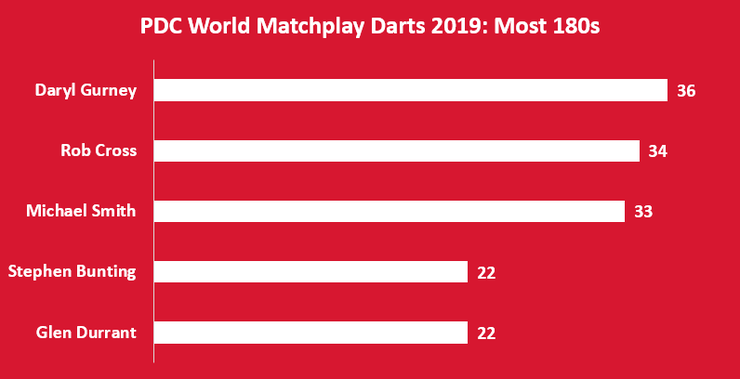 The 2018 World Matchplay was the 25th edition of the tournament and the first to not feature Phil Taylor following her retirement. Top seed was Michael van Gerwen however he was defeated in the first round by fellow Dutchman Jeffrey de Zwaan.

Fourth seed Gary Anderson was the eventual winner, taking his first title by beating Austrian Mensur Suljovic 21-19 in the final. Anderson also recorded only the 7th 9 dart finish in the competition’s history, doing so in the quarter-finals against Joe Cullen. Two players scored the maximum 170 checkout, Peter Wright and Joe Cullen.

Despite exiting in the second round, Adrian Lewis scored the highest three dart average in 2018 at just under 104. Champion Gary Anderson was second with 100.88. 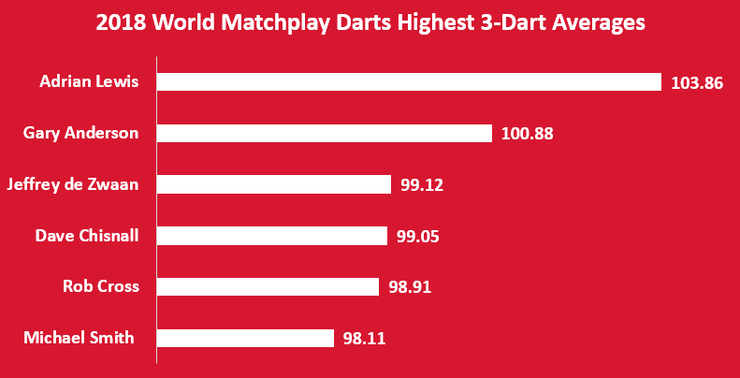 2017 was one of the most competitive World Matchplay to date and was wide open with the bookies beforehand.  It was Dutchman, Michael van Gerwen, who went into the event as top seed, with Gary Anderson 2nd, Peter Wright 3rd and Adrian Lewis 4th. The eventual winner, Phil Taylor, was ranked 8th, which is one of the lowest rankings he’s had for the match play in his illustrious career. Taylor beat Peter Wright 18 – 8, averaging 104.24 on his way to victory. 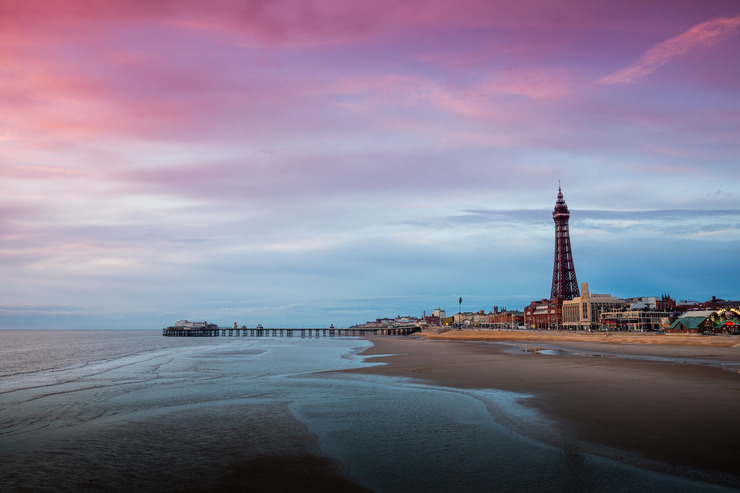 The World Matchplay has been running since 1994 and is now widely recognised as one of the biggest darting events in the PDC, second only to that of the World Championship. The first tournament was won by the American, Larry butler, who upset the odds by beating Dennis Priestley in the final, 16-12. The tournament has been unique in that it’s always been played as a best ‘s’ legs, rather than sets.

The success of the event has largely been down to one man, who has dominated over the last 20+ years. Phil Taylor has won a staggering 16 Matchplay events, which makes the tournament his most successful in his career. What’s almost as impressive as his 16 wins is that he’s done it from just 17 finals, losing just once in 2016 to Michael van Gerwen.

His 2017 victory will likely be one of his sweetest though as he completed victory in what was his final Matchplay event before he retired. In respect to the success that he has seen, from 2018 the trophy will be named after Taylor.

Interestingly, there have only ever been 7 other winners than Taylor at the Matchplay, which include Gary Anderson, Michael van Gerwen, Rod Harrington, James Wade, Larry Butler, Peter Evison and Colin Lloyd. To put some perspective on Taylor’s dominance in his 16 wins, the next best is that of van Gerwen and Harrington, who have 2 wins each.

James Wade’s victory in 2007 was easily one of the highlights of his career. He eventually beat Terry Jenkins in the final, 18-7 at a time when it could be argued that Taylor was at his most dominant. Wade has been able to make 5 other Matchplay finals in total, unfortunately losing them all. 4 of those were to Taylor and the other was to van Gerwen in 2015.

As you can imagine, it’s Taylor who makes all the headline again when it comes to the highest averages. His highest and the tournaments highest came in 2010 in a Last 32 game between Barrie Bates, scoring a 114.99 average winning the match 10-6. Taylor was also the only person to average over 100 in all in his games en route to victory in 2010, which he repeated in 2011 and again in 2013.