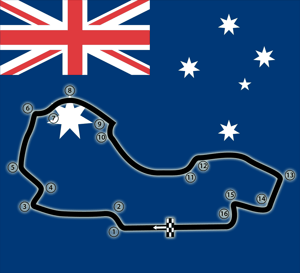 The race takes place on a street circuit around Albert Park in the centre of the city. The circuit was originally opened in 1953 holding a number of races until 1958. It was then reopened in 1996 when the F1 Grand Prix switched there from the Adelaide Street Circuit.

Although the first Australian Grand Prix was held in 1928, it wasn’t added to the F1 calendar until 1985. It was the final race of the F1 season from that first race until 1995, from 1996 it became the first race of the new season.

In the F1 era, Michael Schumacher has won the most races with four victories, Jenson Button and Sebastian Vettel have both won three races. 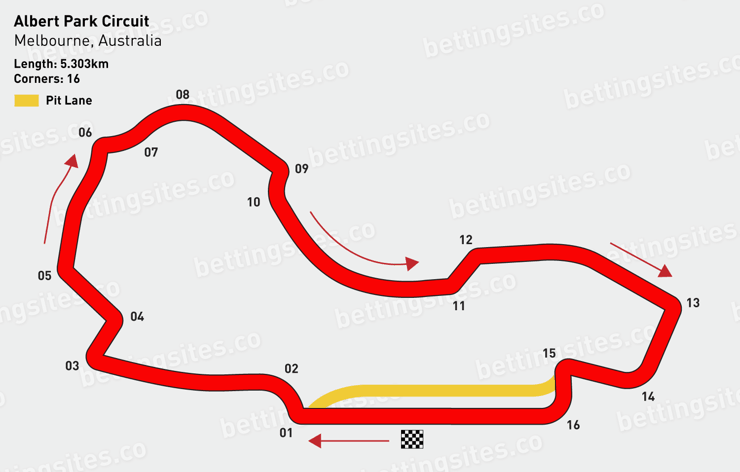 Although Albert Park is a street circuit it is still one of the quicker Formula One tracks. A full circuit measures 5.3km with the race completed after 58 laps. More info...

About the Australian Grand Prix 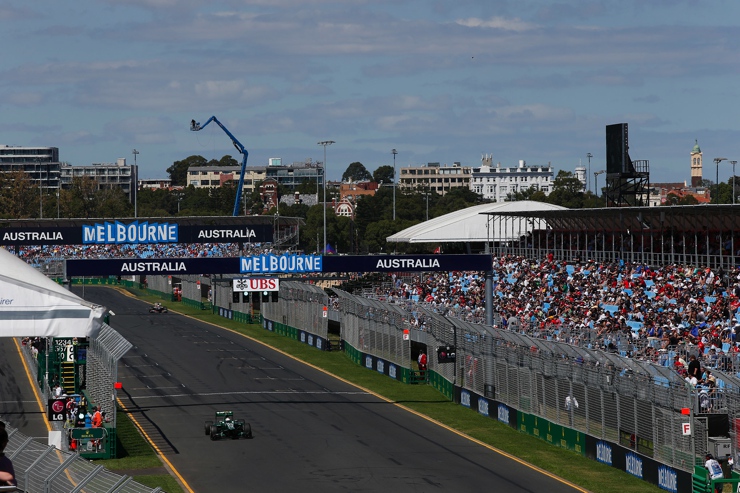 The Australian Grand Prix is another of the more permanent fixtures in the F1 calendar. The track is fairly unique in that it’s actually held with Albert Park and for most of the year is fully open to the public to walk and cycle around.

It’s one of the more contrasting backgrounds in F1, as you have the lush greenery surrounding it, with the Lake that runs through the middle of the track. With it you can get a look at the Melbourne Central Business District in the backdrop and then the coastal views looking out towards the water as well. 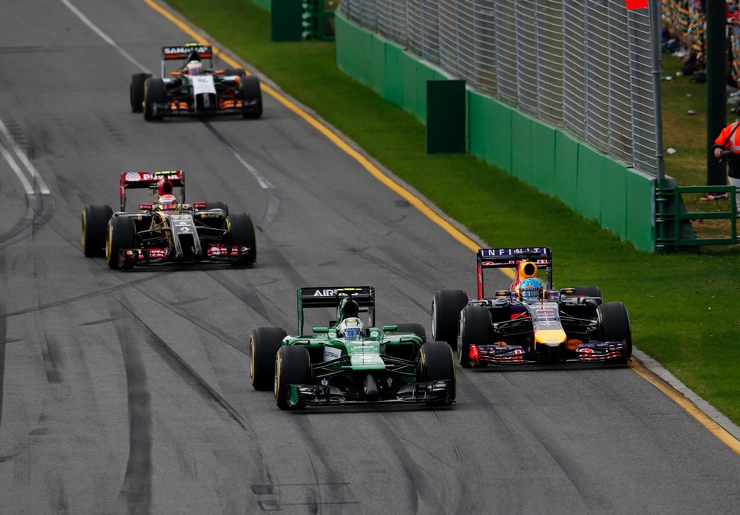 The circuit often hosts the first round of the Grand Prix season, which means it’s highly anticipated and is able to draw huge crowds on the back of it. The track itself is very fast and flowing, with 16 corners in total winding their way around the albert Park lake, alongside a golf course and soccer stadium.

The track is relatively flat and the surface is smooth. The track is also known to be very smooth, which makes it tricky at the start of qualifying and races, until cars are able to get a little more heat into their tyres and in turn, get more grip.

There are 2 DRS zones to speak of, with one running through the start finish line and the second on the run down to turn 3, making these two of the more popular passing points. The weather is usually very good and often is very hot, which means that both cars and drivers need to combat the heat, as well as the track.

The run from the start and into turn 1 sees cars get up to speeds in excess of 300kmph. The first turn is a pretty short apex and the drives move quickly between that and straight into the second corner, carrying high speeds from the exit of turn three, as well.

Into turn four sees one of the biggest breaking zones on the track and often one of the more popular passing points. It’s here where numerous popup grand stands are held and is a popular spot of spectators due to the many incidents and accidents that have occurred during previous Grand Prix races.

Turn 5 sees a short acceleration burst and with it the drivers are conscious to use as much as the circuit as possible and then almost flat again through turn 6 and through the trees into turn 7 and 8. It’s also worth noting that at this point the cars undergo a lot of camber turn, which makes it hard for the drivers to navigate and pulls the cars out of their hands.

The back section of the track sees the drivers able to take this at flat out, providing it it’s dry, but if it’s wet, then you will often see drivers back off a little just to ensure maximum grip. The breaking zone into 9 and 10 is another of the bigger ones on track, with short apex corners for these as well, meaning drivers are keen to get on the throttle as soon as possible.

These are actually big attributes of the race and it’s important the cars are set up heavily on the front axle to allow good turn in for this very reason.

The cars run along the side of the lake and into turns 11 and 12, which is known for being a high speed chicane. This area of the track has been altered quite a bit over the years, but drivers are almost able to fully accelerate through and out of them these days. It’s also one of the most exciting sections for the drivers, due to the speed and grip they are able to achieve.

As the race starts to get to the final corners, turn 13 seems pretty innocuous, but in fact the drivers need to navigate carefully through it as it’s not quite a flat-out corner, so throttle control is key here. 14 is similar corner and it’s this point where drivers decide to risk it all through 15, which is a tight left-handed turn and then through the right hander that sweeps around before accelerating through and across the start finish line. 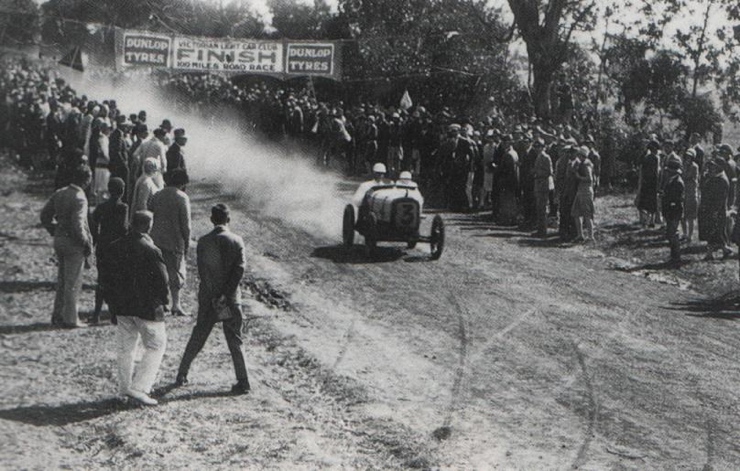 Over the years it’s been able to host a number of major racing events, including Supercar Championships, Melbourne 400, Porsche Carrera Cup Australia, Australian GT Championship and the Ferrari Challenge Asia-Pacific, to name just a few.

The 1993 Australian Grand Prix was to be the final victory in the career of Ayrton Senna. The Grand Prix was actually the final race of the season and following it saw the retirement of Alain Prost, Senna’s great rival retire from the sport.

The race was closely fought, but it was Senna who came out on top, after qualifying on pole and finishing just 9.259 seconds ahead of Prost, with Damon Hill finishing in 3rd place.

The 2009 GP saw the eventual winner be that of Jenson Button, finishing ahead of team mate, Rubens Barichello in their Brawn-Mercedes car. But, what’s most impressive is that the race was the very first race for the new team in that of Brawn.

They were in fact the first constructor to have won their debut race since that of Mercedes-Benz back in 1954. The season would lead to Button’s first of two World Championship victories in his career.