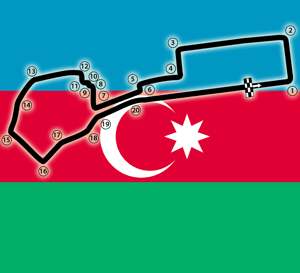 The Azerbaijan Grand Prix is held in the country’s capital city of Baku. This is one of five street circuits currently scheduled in the F1 calendar though unlike Monaco for example, Baku is a large circuit with long, high-speed straights.

The track runs along the seafront before turning inland around the Government House of Baku, making its way around Baku’s 12th century walled old city and returning to the home straight. 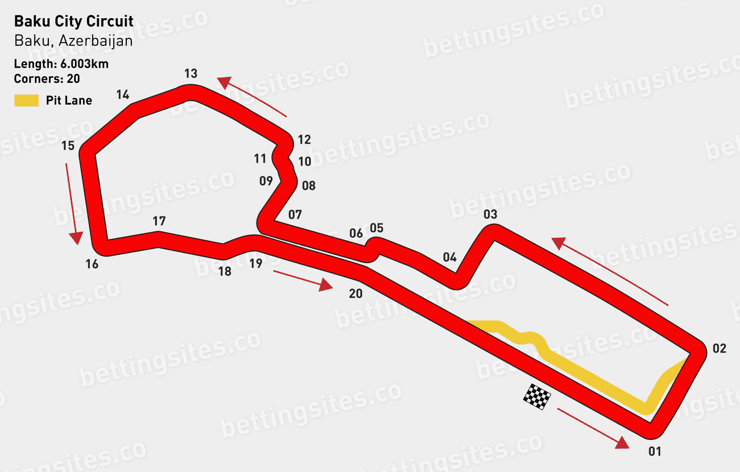 Baku City circuit is currently the second longest in the calendar at over 6km. Cars can reach over 350 km/h on the home straight before turning into the first of 20 corners. The race distance is 51 laps, around 306km. More info...

About the Azerbaijan Grand Prix 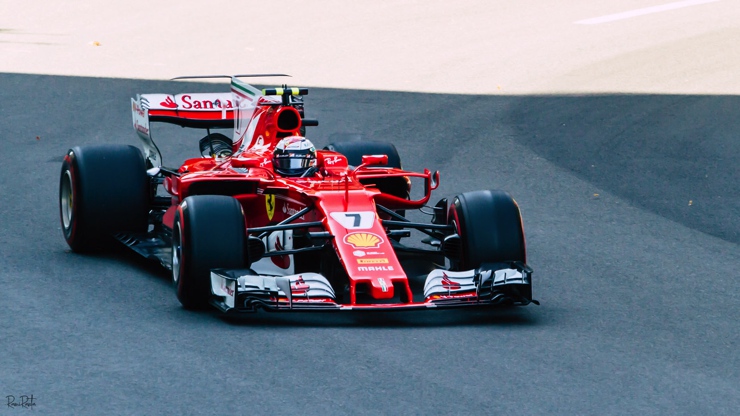 The Baku City Circuit may be one of the newest events on the calendar, but it’s quickly turned into one of the most popular with the drivers. The high-speed street circuits one of few that are in this style and rival the likes of Monaco, but drivers would argue that this is the better driving track, just because of the increased number of overtaking opportunities that are on offer. 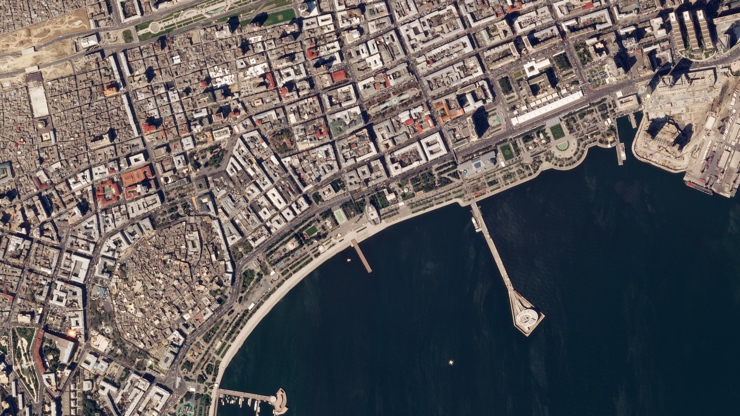 The first thing to note on the track is that it’s extremely narrow in places and one that is very unforgiving should drivers get things wrong within or coming out corners. This is essentially the nuances of a street circuit however and generally drivers do relish the challenge.

The circuit was originally played out as the 2016 European Grand Prix, but was able to be hosed as the Azerbaijan Grand Prix the following year in 21017 and has remained as such.

The race starts across the long pit straight in the chase down to their first corner. The corner sees a big breaking zone which is very hard on the drivers as they drop from around 360 kmph down to just 150 kmph. They will need to get as close to the wall as possible on exit to allow them the best possible run into turn 2, which is another of the 90-degree corners.

The track then has a long straight down to turn 3, which is one of the DRS zones on track and often a popular place for drivers to try and overtake, given the right conditions. Turn 4 is another of the 90-degree corners that the cars are able to navigate through, before 5 and 6 sees the first of the chicanes on the track.

The run down to turn 7 is all on how the drivers have been able to get through the chicane previously. A smooth run allows them to get on the power quickly, whereas a mistake, which is pretty common in that tight section, can lead to time and places lost coming into turn 7.

The next section of the circuit runs around the castle in the city and is the most intricate part. The ‘s’ bends that run through the old town and up into the city means drivers have to be very committed in this section as they are often just centimetres from the wall on each side. Just the smallest error here and it’s end of the race. In fact, more often than not an accident of some sort will occur here throughout the weekend.

Turns 12, 13 and 14 are both very fast corners and can be taken at full speed in the right conditions. Drivers often set up their cars to be most effective here as it’s where a lot of time can be both made and lost.

Drivers then head back down the hill, hugging the wall and into turn 15, before a tight turn 16 sees them take on the last corner. A good exit here is absolutely vital and whilst the kinks are classed as turns 17 and 18 respectively, drivers are able to take them flat out. It requires huge guts to do so though, and is often where races can be won and lost, such are the speeds that the cars are travelling at this point.

Heading up to the finish line, drivers are often bouncing off the rev limiter with DRS enabled, hitting speeds of 360kmph and even more. 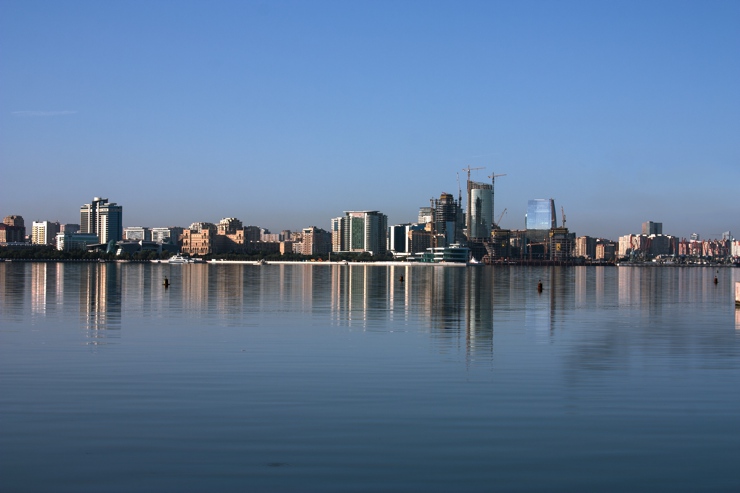 It was Bernie Ecclestone, the then head of Formula 1 that was keen to get a race in Baku and whilst plans were initially put forward to try and create a stadium course just outside the city, the street race was deemed to be a great idea and required a lot less in terms of initial upfront costs for the host course.

They were able to bring on board legendry F1 track designer, Hermann Tilke to aid with the layout, with a brief of “like Monaco, but better” something that was part of that brief.

Before the first running of the European Grand Prix that Baku hosted in 2016, the GP2 saw a plethora of crashes and over half of the field retiring. Organiser and drivers alike were highly concerned, but in fact, the F1 race saw just 4 retirements, all of which were due to mechanical failures.

It was Nico Rosberg who came out on top in a race that saw plenty of overtaking moves, beating German Sebastian Vittel, who finished the race in second place.