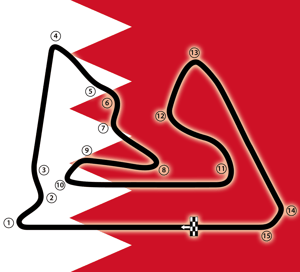 Bahrain entered Formula One in 2004 when it was the first F1 Grand Prix to be held in the Middle East, and has been ever-present since albeit with a cancellation in 2011.

The race takes place at the Bahrain International Circuit in Sakhir, around 30km south of the capital, Manama. Since 2014 the race has taken place during the early evening in Bahrain under floodlights, the second Grand Prix on the calendar to do so after Singapore.

Britain’s Lewis Hamilton and Germany’s Sebastian Vettel are the race’s most successful drivers with four victories each. All four of Hamilton’s wins came with Mercedes whilst Vettel has two with Red Bull and two with Ferrari. 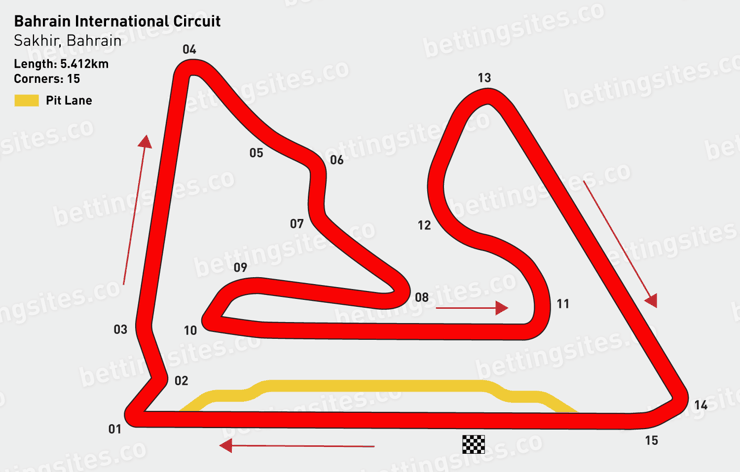 A full circuit in Bahrain is just under 5.5km with 15 turns to navigate. The primary overtaking opportunity comes after the home straight into the tight first turn, named in honour of 2004 winner Michael Schumacher. More info...

About the Bahrain Grand Prix 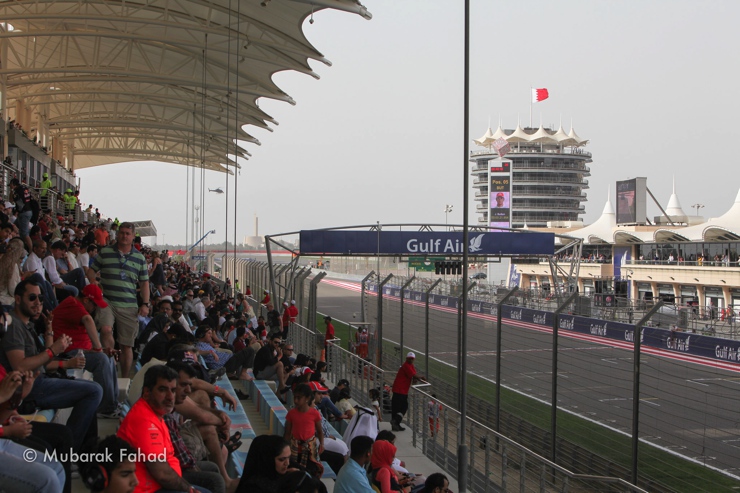 As the second grand prix of the season and the first night race that takes place, the Bahrain Grand Prix has fast become one of the highlights of the F1 calendar. The race has been running since 2004 and in that time has seen some quality racing from within the 5.412km circuit.

The Circuit cost over $150 million to create and is another that has been masterminded by that of Hermann Tilke, a now infamous F1 track architect. With it, the circuit has been able to host a number of other motor sports events as well, including the FIA WEC 6 Hours of Bahrain, World Series Formula V8, V8 Supercars and the FIA GT, to name just a few.

The race takes place under the floodlights of the Bahrain International circuit, measuring 5.412km in total length. The tracks width varies at the end of different straight, allowing for diverse racing lines. With that creates up to 3 different racing lines that the drives are able to take, allowing for multiple overtaking manoeuvres where possible.

The track has been designed with spectators at the forefront of the track, resulting in plenty of vantage points around the circuit. The start of the race takes place down near the paddock, before drivers navigate up the hill towards turn 4, almost as if it were heading into the desert and the dead of night.

There are 2 DRS zones located on the start/finish straight and between turns 10 and 11, allowing for the biggest overtaking opportunities. The late-night race allows for some stunning views when the sun goes down and is easily one of the most aesthetically pleasing of all the tracks.

As driver’s head over the start finish line and head towards turn 1, they will be doing in excess of 330kmph. They have to then hammer the break peddle to slow down enough to make it round the tight corner, creating up to 5G in force.

The trick at turn 1 is to keep the car as tight to the kerb so that the driver can then get the best exit from turns two and three, which are taken at full throttle as the car works back up the hill to turn 4. The turn itself has a very short apex, so the driver will be hanging on as they try and get enough drive out to really attack the chicane at turns 5 and 6.

The car then drops back down the bank and drivers will be attacking the breaking zone into turn 8. The line through 8 isn’t all that important as drivers generally able to get a good drive out given how wide the track is. But, as they approach turn 9 it’s imperative that they nail the line as breaking in lateral mode all the way into turn 10 then allows a good drive out of the slow corner.

Drivers then head along the back straight and through the DRS zone where they will be flat out. Turn 11 is another short apex corner where the driver will take just a little bit of kerb before driving hard out and using as much as the track as possible.

Turns 12 and 13 are both two more corners that are high speed, but cars will often suffer from understeer here as they are put under immense pressure from both the lateral G Force and the subtle, but noticeable elevation changes.

Another long straight greets the drivers and again they are having to deal with subtle elevation changes along the whole of the straight. Many drivers state it’s much like a rollercoaster and whilst it looks flat on TV, it makes a big difference on the downforce that some cars are able to get.

Turns 14 and 15 are the final two corners. Drivers will be looking to head into these late and pretty much flat out. They will be short apex corners and drivers will then head full throttle through the start/finish line to finish the lap. 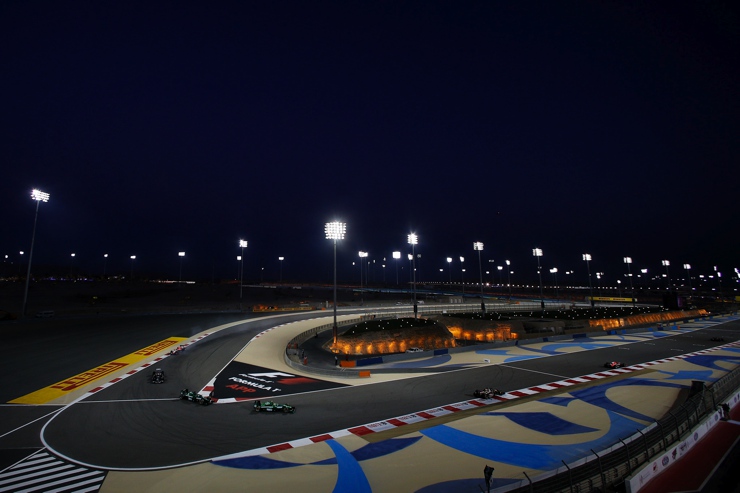 The construction of the circuit began in 2002 in what a widely anticipated development within the country. What was interesting is that no deal had been put in place to host F1 when the development started, but they were able to fend off competition from the likes of Egypt, Lebanon and the UAE to eventually be given hosting rights for the 2004 F1 Grand Prix.

The 2012 Grand Prix was nearly a race that never took place. The year previously it was announced that the Grand Prix would be cancelled because of protests within the country. In 2012, it was called that it should also be cancelled due to the countries failure to adhere to basic human rights. The decision at the time was highlighted as “controversial” by many news and sports outlets.

The race was eventually won by that of Sebastian Vettel, although the whole race weekend was overshadowed by the protests, albeit small, from outside the stadium.

To celebrate 10 years of the Bahrain Grand Prix (albeit, its 9th running) the Bahrain added in numerous floodlights on the track and the race was run as the first night race in the country and the first on the F1 calendar. The inaugural race was won by Lewis Hamilton and it’s been run as a night race ever since, with great success as well.