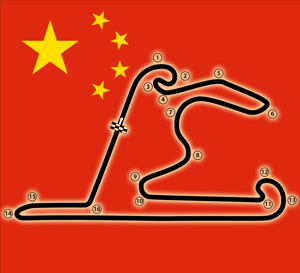 The Chinese Grand Prix takes place at the Shanghai International Circuit in the Jiading District to the north of the City.

The Shanghai International Circuit began construction in 2003 and was completed in 2004 to host the first ever Chinese Grand Prix in the September that same year. The track has a vast Grandstand on the main straight, the imaginatively named Grandstand A, which holds 30,000 spectators alone and the circuit itself has a capacity of 200,000 spectators.

It was the Ferrari of Rubens Barrichello who won the inaugural Chinese Grand Prix but it was his team mate that day, Michael Schumacher who set a track record lap of 1:32.238 which remains to this day. 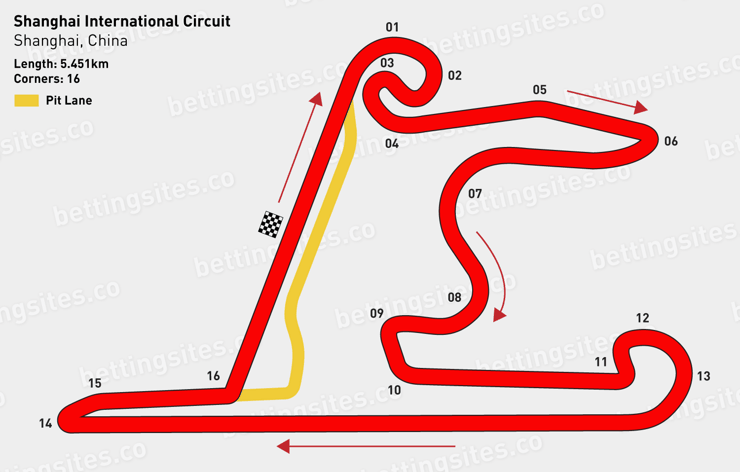 The Shanghai International Circuit was one of the most expensive circuits in F1 history when built in 2004. There are 16 corners, with one of the longest straights in the sport between turn 13 and 14. A full circuit is just under 5.5km with a race distance of 305km which is 56 laps. More info...

About the Chinese Grand Prix 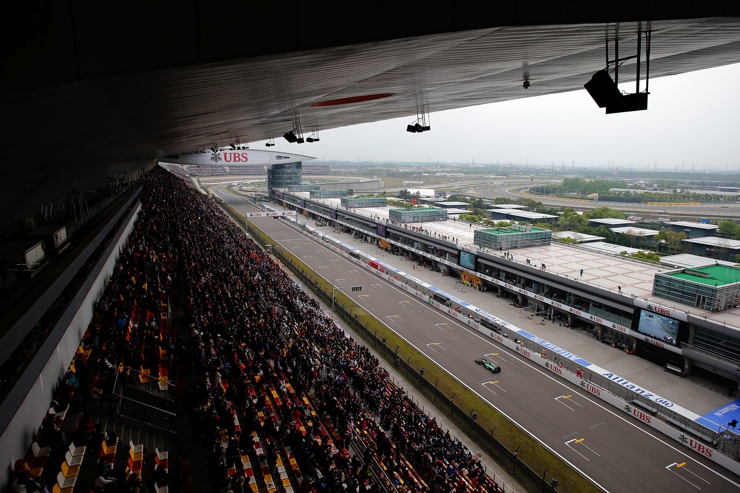 The Chinese Grand Prix is hosted by the Shanghai International Circuit, which is based in Jiading, shanghai. It’s been open since 2004 and cost $450million to construct. The work took just 18 months to complete, which considering it went from total swamp land to one of the finest race circuits in the world, is highly impressive.

The track is another that has been designed by Hermann Tilke, who has played a major role in a number of other tracks that are littered throughout the F1 calendar. It’s design is pretty unique, in that it represents a Chinese character shang, which means above or ascend. 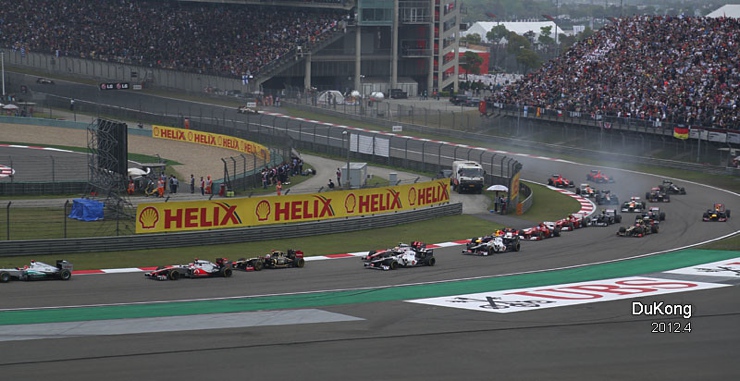 The track, which opened in 2004, is famed for is its change in acceleration and deceleration, contained within its long and winding corners. Built on marsh land, the 5.4km track, is stabilised by more than 40,000 stone pillars and is reasonably flat.

The architecture of the circuit is immediately recognisable, such as the unique paddock and the pavilions based on the lack, which teams are able to use as their headquarters for the meeting. The on track action is always spectacular, which makes for one of the more exciting races of the F1 season.

The Shanghai International Circuit is 5.4km in circuit. The first corner is very long and the drivers are needing to take the first part of the apex at high speeds before then moving across the track to get the best racing line. What makes this track really unique is how long that the first corner is.

The drivers then struggle for traction as it drops downhill and use the kerb to maintain speed into the second corner. There’s a small elevation change the drivers go through the kink and then breaking heavily as they move down into turn six at speeds of around 70kmph. The drivers need a good use of the apex before getting a great drive from 6 before getting into one of the high-speed sections of this racetrack.

The drivers then need to make sure they get onto the white line of the corner otherwise they will get out of position for turn 8 and lose all momentum in the early part of the lap. Through 9 and 10 the drivers can use a bit of the exit kerb. The positioning of the car is highly important as the drivers come through turn 11 and then through turn 12 as they come to the end of the first section.

What’s noticeable about the track is the length of the corners, which means that it plays a massive role in how the tyres perform. They are then required to get onto the back straight making use of the DRS and focussing on nailing the breaking zone coming into turn 14. Turn 15 doesn’t really exist as drivers are still pushing the car hard out of 14 and then driving into the last corner.

Turn 16 is a short apex turn and drivers really struggle for grip here as they are keen to get on the power as soon as possible and through the start finish line. This is also the final DRS section of the track and move across from one side to the other to gain the best racing line back into turn 1. 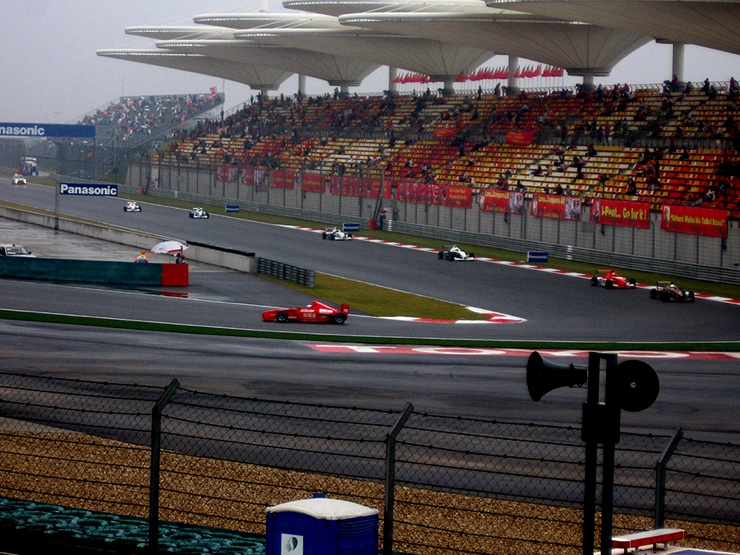 The track was funded by the Shanghai Jiushi Group, Shanghai National Property Management Company Limited and Shnghai Jia’an Investment and Development company Limited. The first plans were set afoot in 2003 and as stated above, took just 18 months to complete before opening and hosting the inaugural Chinee Grand Prix in 2004.

The track has needed a fair amount of structural work done to it over the years, mainly because of its location on swamp land. Turns 1, 8 and 14 have all been sinking and an inspection was needed in 2011 to deem to track safe to drive on.

Initial attendances at the track were good, with over 265,000 people visiting throughout the opening weekend. But attendances have dropped significantly since then with just 155,000 turning out in 2010.

It was the Ferrari of Rubens Barichello that won the first ever Chinese Grand Prix in 2004, beating that of Jenson Button by just over 1 second to clinch a thrilling race. His win propelled him back into the fight for the Drivers’ championship, putting him just 28 points adrift of runaway leader Michael Schumacher after he failed to score a point finishing in 12thplace.

Australian, Daniel Ricciardo started the 2018 race in 6thplace on the grid. The Red Bull’s were given very little chance before the start of the race and even in qualifying their pace looked way down on the field. But, Ricciardo was able to past 3 cars within 6 highly fuelled laps of racing, to leap frog both of the Mercedes and Ferrari’s to his first victory of the season and put him right back in the mix for the Drivers’ Championship once again.