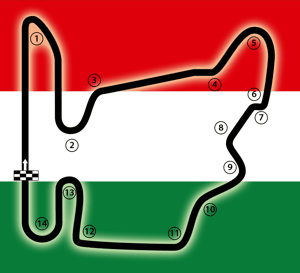 The Hungarian or Magyar Grand Prix is held annually at the Hungaroring which is located in Mogyorod on the outskirts of the country’s capital city, Budapest.

The Hungaroring was opened in 1986 and the track held its first Formula One Grand Prix that same year. This was the first F1 race to be held in an Eastern Bloc country during the Cold War and it has remained part of the F1 schedule ever since.

There is a strong history of British success at the Hungaroring, with Damon Hill, Jenson Button and Lewis Hamilton all multiple winners. Hamilton has the record number of F1 victories here with eight, four clear of Michael Schumacher in second place. 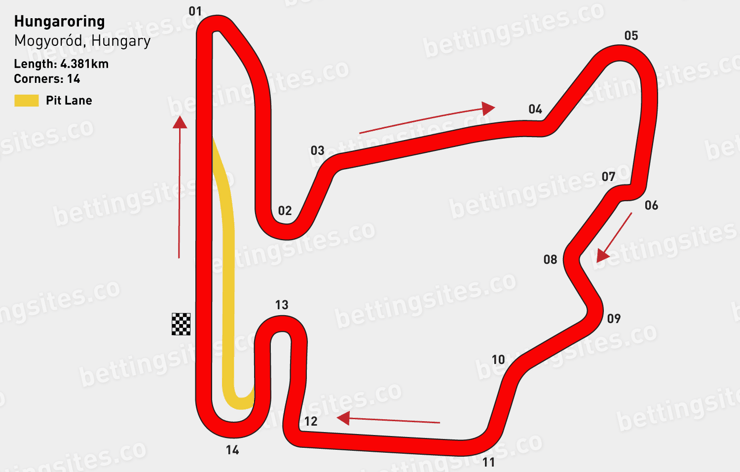 The Hungaroring is a tight and twisting track with 14 turns packed into the 4.3km circuit, as a result overtaking can be at a premium.

About the Hungarian Grand Prix 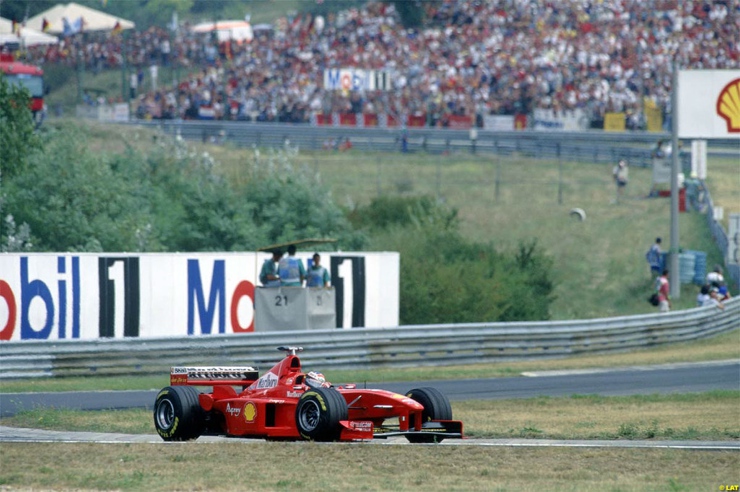 The Hungaroring is one of the most iconic circuits in the world. Whilst it was F1 that arguably put the circuit on the map, it’s been able to enjoy success from a number of different motorsports, including the likes of the World Touring Car championship, World series by Renault and the FIA GT Championship, to name just a few.

The first grand prix was held back in 1936, but following that, it didn’t hold another until 1986. Since then it’s been a permanent on the F1 calendar and widely regarded as one of the most popular spots for the drivers. 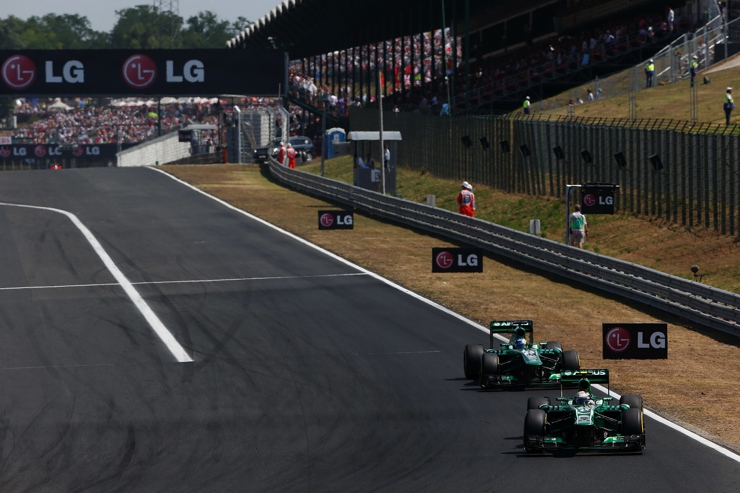 The track is situated 19km from Hungary’s capital of Budapest, the Hungaroring is set in a natural amphitheatre. The layout means that spectators can see more than 50% from pretty much every vantage point around the track, making it a firm favourite for the fans and probably about as good value for money as you will find from any race.

The Hungaroring is very twisty and bumpy and is often compared to Monaco; a street circuit, without the houses. The narrow track means that overtaking is often quite difficult, so the race relies heavily on the optimum strategy for both tyres and engine wear. However, the 4.3km circuit has still seen some great racing over the years.

Setting up out of the final corner, drivers are required to get the best line possible, so they can maximise traction and just touch the apex on the way out. The start finish line is also a DRS zone as the race infolds and heading up and over the crest, you get the first real perspective of how the track drops away into the braking zone of turn 1. The turn allows drivers to drift a little wider than normal, often seeing them missing the apex here, but because of the nature of the racetrack, it costs drivers minimal time in doing so and preserves tyres.

As cars move back up towards turn 2, they get to utilise another DRS Zone. The corner itself is a sweeping left hander and there have been numerous overtakes made here through the years, offering up one of very few opportunities on the track.

Turn 3 is a simple little kink in the road that the drivers barely have to flinch for taking it flat out. But, turn four is actually a blind apex, so the driver needs to make sure that they are attacking the braking zone and also trusting their ability and judgement of when to turn the car in, just clipping the kerb as they do so.

Turn 5 is another long, sweeping corner, which drivers often navigate fairly comfortably. It’s all about getting the right drive into the upcoming chicane. It’s another area of the track that is action packed and often one that fans are keen to be based around. There have been several incident and accidents over the years and offers a good chance to sneak through catching sleeping drivers out.

The following sequence of corners, through the kink at 8 and the high-speed corner at 9 are some of the most difficult for both driver and car. The lateral G’s can be as high as 4 for these corners and really challenges both the set-up of the car and the ability of the driver in question.

The drop down the bank into turns 10 and 11 see the cars having deal with huge G-force again, hitting as high as 5 this time. The breaking zone into 11 is crucial as if they miss it, it means they will run massively wide, often locking up in the process. Oversteer is also an issue here as drivers try and use as much of the track and kerb as they dare. The wider they go, the more speed but at the same time, the less grip they have.

The penultimate corner, turn 13, is another of the sweeping corners and is very long. Drivers will often have to break or slow throughout the corner to get the best line and exit to come into the final turn. The drivers are then looking to clip the apex on the way out and with it get a good run back across the start finish line. 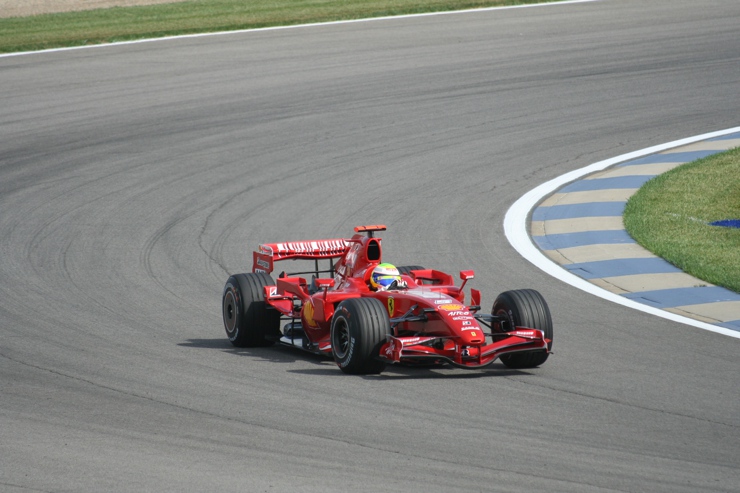 The success of the Hungaroring is largely down to that of former F1 boss, Bernie Ecclestone. It was Eccleston who was keen to bring his F1 franchise to a location behind the Iron Curtain and whilst it was a venue within the then USSR that was favoured, it was recommended to him that Budapest would make a great alternative.

The track was always planned to be a street-like circuit, similar to that of Monaco. Original plans were for the track to be made within the city centre, amongst the national park, but instead, it was decided that it were to instead be built in Mogyorod, just outside of Budapest.

The 2006 race was quite iconic for the Hungaroring as it was the first Formula 1 race held there that was run during the wet. Teams had no testing and no previous experience of these types of conditions on this track, so the retirement of several drivers, including that of championship rivals Michael Schumacher and Fernando Alonso, allowing Jenson Button to take the win in his revitalised Honda.

In the qualifying round of the 2009 Hungarian Grand Prix, Felipe Massa was struck on the head by a suspension spring that had fallen from Ruben’s Barrichello’s car. He was knocked unconscious whilst the car was still moving, before eventually crashing into a barrier. Massa underwent surgery for originally life threatening injuries, but later made a full recovery before returning to Formula 1.