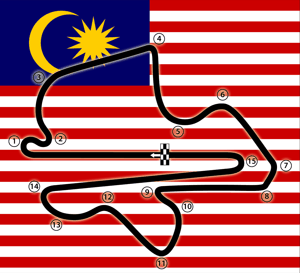 The Malaysian Grand Prix was a Formula One race held at the Sepang International Circuit between 1999 and 2017.

The first Grand Prix in Malaysia was in 1962 on the Thomson Road Street Circuit in what is now Singapore. The winner was Yong Nam Kee driving an E-Type Jaguar.

The Sepang International Circuit is located to the south of the Malaysian capital Kuala Lumpur, just a stone’s throw from Kuala Lumpur International Airport. Construction of the track began in 1997 and was completed in time for the 1999 season.

The first F1 Malaysian Grand Prix in 1999 was won by Northern Irishman Eddie Irvine for Ferrari. He was allowed to take the lead by team mate Michael Schumacher in order to help Irvine’s bid for the World Championship that year, with Schumacher missing for much of the campaign due to a broken leg sustained at Silverstone.

Sebastian Vettel had a record four wins at Sepang, one more than Michael Schumacher and Fernando Alonso.

About the Malaysian Grand Prix 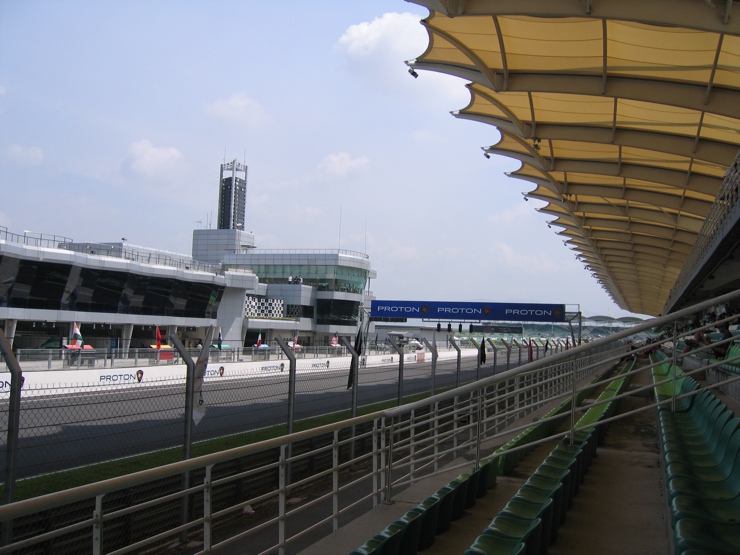 Sepang is home to the Malaysian Grand Prix and is one of the better tracks on the Grand Prix schedule right now. It’s been around since 1999, so whilst it’s a track that feels new, has seen plenty of racing on it and one that most drivers are very familiar with.

The layout of the track is one that is quite unique, in that it’s got two very long straights that head back into the main part of area, having massive grandstands running throughout and almost feeling like you are sat in the middle of a 360 degree amphitheatre for the fans.

The track is located about 45km south of Kuala Lumper and has hosted the Malaysian Grand Prix from 1999 through to 2017. 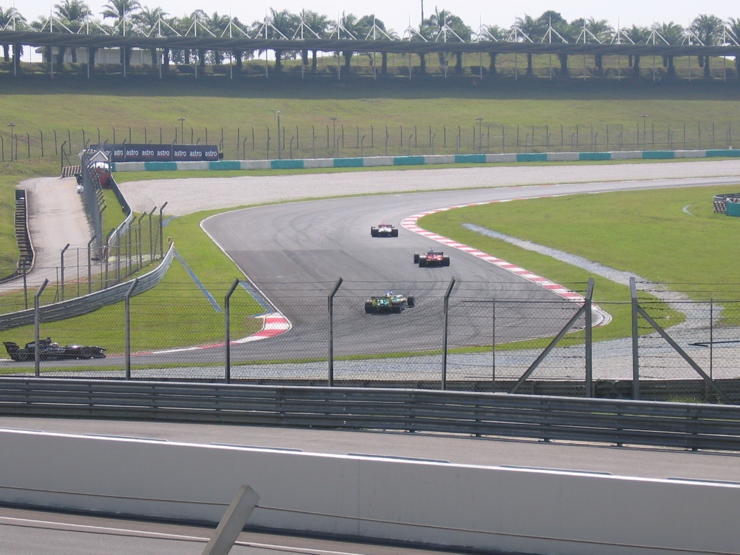 The 5.5km is widely regarded as one of the most technical circuits in Formula 1. The combination of long high speed straight, and tight, twisty complexes makes it really hard to carve out the perfect lap. But, the upside of that is that the track is great for overtaking, given that it’s very wide in almost all sections of it.

The weather is one thing to note with Malaysia and the high humidity almost makes it like the drivers are driving in a sauna. It’s one of the hottest Grand Prix’s that the drivers face, which make it as taxing on the drivers as it does the cars.

The track starts with a long straight. The drivers need to position themselves on the left-hand side of track and most cars will be hitting around 200mph at this point. Turn 1 is a long right handed hairpin, but given that the corner is so long, it means the drivers actually turn in very late to clip the apex before exiting towards turn 2.

The second turn is a short run from 1, but the drop in elevation means that it can be a good overtaking opportunity, especially for those drivers that have overcooked the breaking zone from turn 1 and struggled for track position coming out.

Turn 3 is one of the longest on the track and this is totally flat out for the drivers. They are looking for the best line here to minimise wind resistance and they bring the car back to the left to turn into turn 4. This is a deceptively tricky corner as the driver needs to clip the apex in just the right spot so they can the best acceleration out of the corner and into one of the most exciting parts of the race track.

Turns 5, 6, 7 and 8 all come very quickly, and the drivers have little to no time to really react, so this is a spot where few overtaking manoeuvres are had. They aren’t quite flat out for this section, but it’s one of the fastest parts of the track and one of the most exciting for the grandstands that wrap around them.

This next part of the tack is one of the biggest elevation changes as initially they work up the bank and then quickly back down, as the driver moves in the 90-degree left hander. Drivers then accelerate up off the turn and into another signature long right hander and into one of the trickiest braking areas of this section. The car has a lot of lateral load, so stopping on a fairly bumpy section of the track can make it quite difficult to keep traction.

The next section is the high-speed chicane between turns 12 and 13. The driver is flat out here and they are able to take quite a lot of kerb in these corners, as well. The second to last right hander leads onto the back straight and it’s vital for the driver to then get a good line and push through to the DRS zone, before hitting the final corner.

The last corner is almost a mirror image of turn and the breaking zone can be tricky to find. Another long entry is needed here, before being patient and then finally getting back on the throttle and down the home straight, before crossing the finish line. Drivers need to work really hard around each lap they do, which makes it a gruelling test of both man and car. 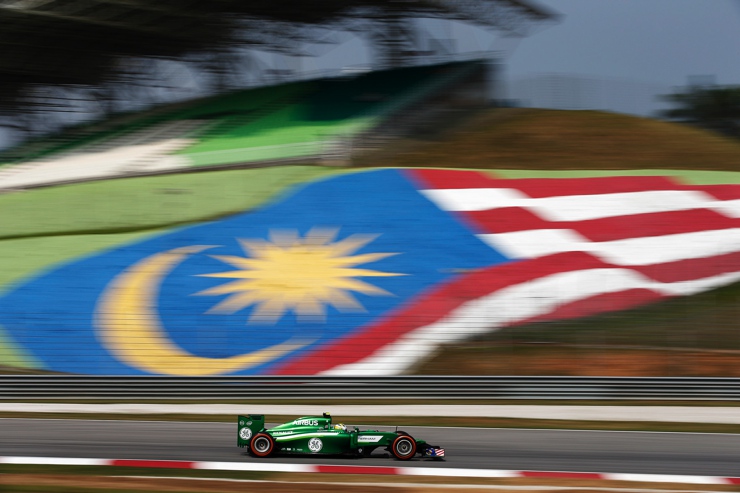 The track was commissioned by the 4th Prime Minister of Malaysia, Tun Dr Mahathir Bin Mohammed in March 1999. There has been talks for some time prior to this about F1 coming to Malaysia, as they were looking to expand across Asia.

Whilst the track had initially been designed to host F1, the success of the track meant that they were actually able to also hold MotoGP, as well. The design had been created in a way that meant there are several layouts that can be used, with a slightly different circuit that is set up for the MotoGP than the F1. The inaugural F1 Grand Prix was held on 17th October in 1999 and was won by Michael Schumacher in his Ferrari.