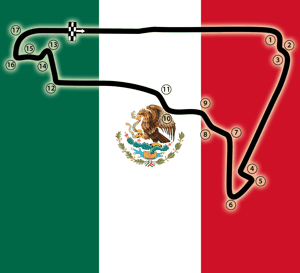 The Mexican Grand Prix or Gran Premio de Mexico, is held at the Autodromo Hermanos Rodriguez in Mexico City which sits at an altitude of 2,250 metres above sea level. The track is named after brothers Pedro and Ricardo Rodriguez who were born in Mexico City and both competed in Formula One.

The racetrack was constructed in 1959 and is located within the Magdalena Mixhuca Sports City which was the venue for the 1968 Olympic Games. The first Mexican Grand Prix was in 1962, though this was not an official Formula One race. The 1963 race was part of the World Championship and was won by Britain’s Jim Clark.

The race has had long spells of absence with no Mexican Grand Prix between 1971 and 1985 and between 1993 and 2014 but has remained on the schedule since its return in 2015. Lewis Hamilton and Max Verstappen have both been multiple winners in Mexico. 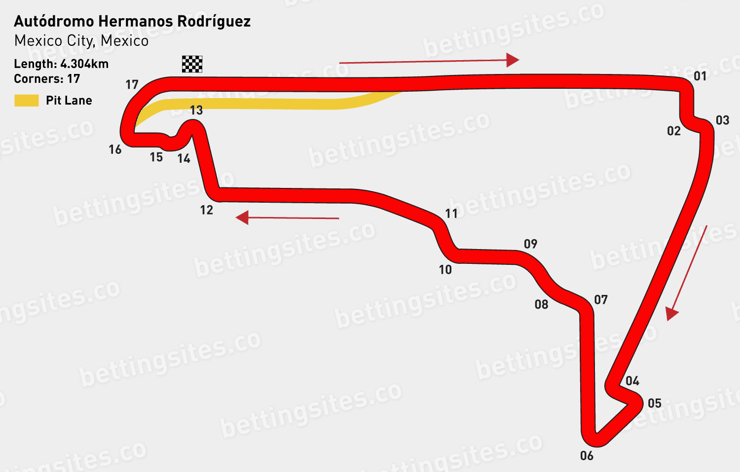 The Autodromo Hermanos Rodriguez has remained largely unchanged since opening in 1959. The circuit is comprised of 17 corners and is relatively compact at 4.3km with the full race distance of 305km completed in 71 laps. More info...

About the Mexican Grand Prix 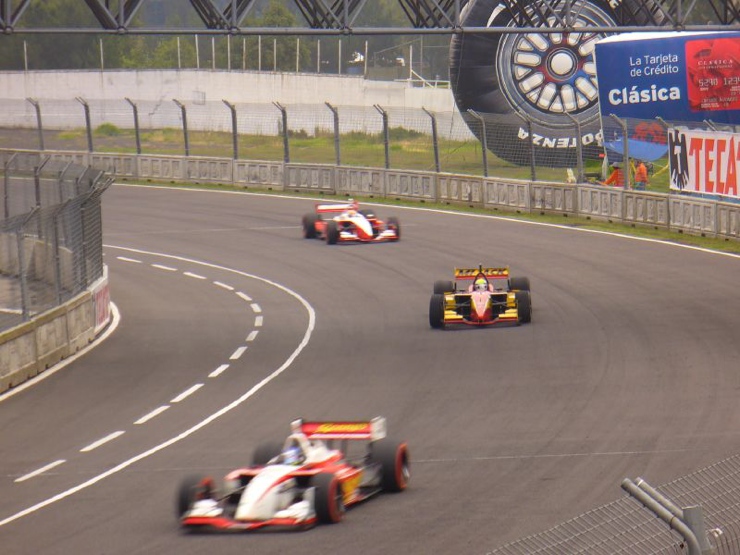 As one of the more colourful races on the Formula 1 set up, the Mexican Grand Prix is one that comes with a carnival atmosphere and offers a unique look at one of the more demanding tracks in rotation.

It was first held as a Championship race in 1963, won by British driver, Jim Clark. The race hasn’t always been a permanent fixture, with no races held between 1971 to 1985 and from 1993 through to 2014. A return in 2015 has been widely welcomed by the drivers who have to deal with the highest track of the year, posing new challenges that teams often aren’t used to.

The Autodromo Hermanos Rodriguez is located just to the east of Mexico’s capital, Mexico City. The race attracts more than 300,000 fans over the course of a weekend, all set to cheer on any home favourites that are racing – more recently that of Sergio Perez and Estoban Gutierrez.

The track is also the highest of the season due to altitude, meaning that the cars run hot and drivers are needed to acclimatise before the start of the Grand Prix – such is the strains that the thin air has. The track has changed considerably since first hosting in 1963, with the grandstands of the new stadium becoming the focal point of the new layout.

The drivers must get a good run out of the final corner to ensure maximum traction throughout the pit straight. Drivers often take up the middle lane of the track in the run down to turn one, which has a large breaking area and is the start of a sequence of three corners. Drivers need to be confident and assured as they go through the apex in turn 2 and stay aggressive as they throw the car through turn 3.

The drivers then have a short burst through the DRS zone as they come up to the next turn. Again, it’s three corners that are grouped together. Turn 4 has the tightest apex of the group, before drivers feather the throttle through turns 5 and 6, again trying to get as wide on the track as possible in order to get a run down the bank and into turn 7.

The next sequence of corners is where the drivers really start to feel alive in the Grand Prix. They almost literally throw the cars into the corners and rely on the grip being there. All the corners are run at well over 180kmph, making for fast transitions, putting huge force on both the car and the body of the driver.

The key for the drivers from turn 7 all the way up to the stadium at turn 12 is to keep things nice and tidy, using the kerbs to try and avoid any oversteer that may come in should they turn too sharply.

The run up to turn 12 is where the drivers are able to get a slight breather, but the speeds that are carried throughout the previous corners mean that it’s a relatively short run. This is one of the tightest sections on track but also the most impressive as they aps the new stadium in what has developed into one of the most stunning sections of a Formula 1 track anywhere in the world, with the grandstands packed to the rafters.

The final S bends are tough to negotiate for the drivers as the kerbs are high meaning that they aren’t able to cut as much as these corners as they like. A good drive out of here is imperative as the drivers trigger the final DRS zone and then across the line to finish their laps. 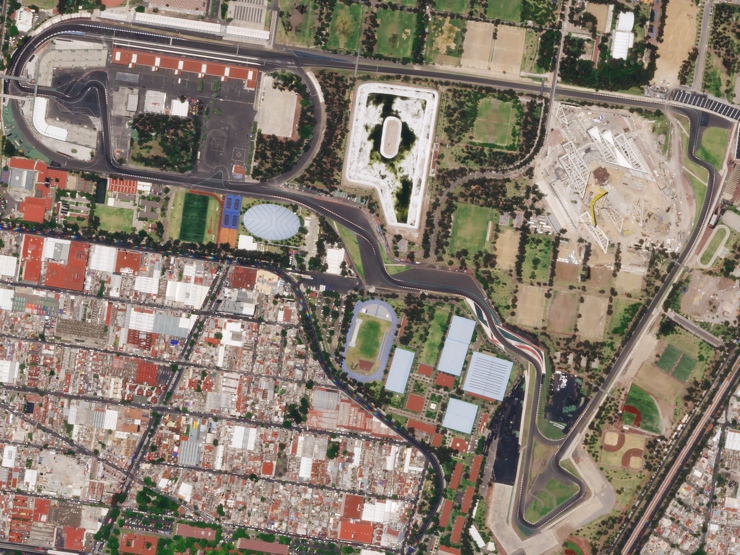 The track is actually a part of a public park and was built in 1962. The removal of the Grand Prix in 1970 was down to overcrowding issues, where the powers that be decided that it was too much of a health and safety risk to keep running there in its current format.

New pit lanes and grandstands were included for the reopening in 1986. It’s seen several improvements of the track since then and holds a record attendance of over 400,000 for one of the CART Championship races.

The 2017 Mexican Grand Prix was as action packed as racing comes. Verstappen already had a reputation as being an aggressive driver, but when he made contact with both Hamilton and Vettel on route to his maiden win at the track, this reputation was enhanced even further. Qualifying in second position, Verstappen managed to jump Vettel at the second corner and lead for much of the race.

However, it was Hamilton who would have the last laugh as he got the points he needed to secure his fourth world title.