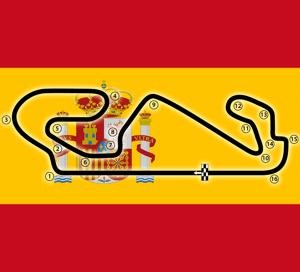 This race is one of the oldest in Formula 1, having celebrated its centenary back in 2013. The Circuit de Barcelona-Catalunya has hosted the Spanish Grand Prix since it was built in 1991, while this race has been consistently part of the F1 calendar since the mid-80s. The track was constructed to coincide with Barcelona staging the Olympic Games in 1992.

Jackie Stewart and Nigel Mansell both have a hat-trick of F1 Spanish Grand Prix wins, but it is fellow Brit Lewis Hamilton who is race’s joint most successful driver with six wins including five in a row between 2017 and 2021. Michael Schumacher also has six victories, once for Benetton and five times for Ferrari.

Since it has been part of the F1 schedule, this race has only been won twice by a Spanish driver. Both of those going to Fernando Alonso in 2006 and 2013. 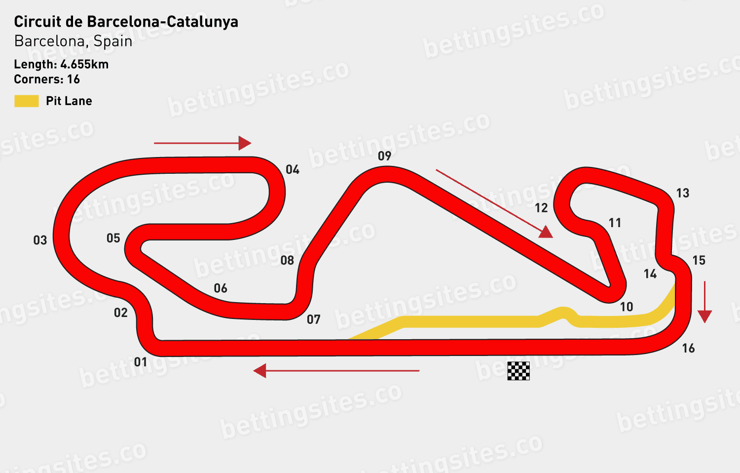 Drivers will reach over 300km per hour on the home straight in Barcelona, before entering a series of high speed corners. There are 16 corners in total with 10 to 16 proving to be a particularly challenging sequence. The race will involve 66 laps covering 307 km. More info...

About the Spanish Grand Prix 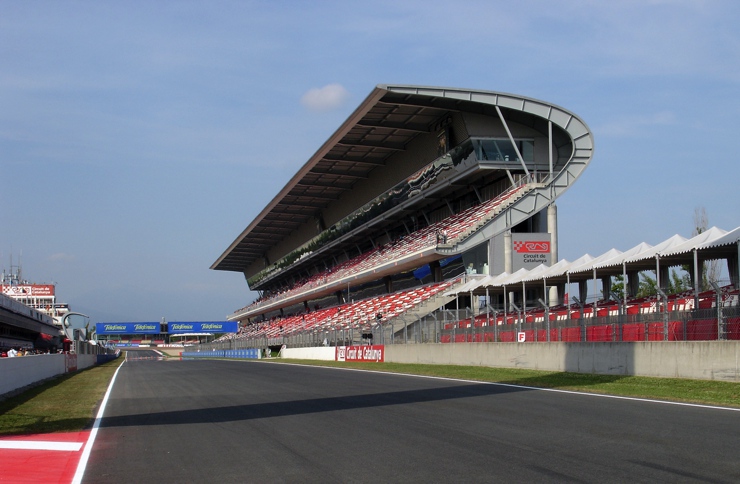 The Spanish Grand Prix was first held in 1913 and made it’s debut as an official championship race in 1965. The host track has been at a number of different places over the years, including that of Lasarte, Pedralbes, Jarama and Jerez, to name but a few.

But, since 1991 it’s been held at the Circuit de Barcelona-Catalunya and now is the spiritual home of formula 1 racing within the country. It’s now very much a staple of the European swing in the F2 calendar and one that the majority of the drivers love to visit for both the track and the culture that’s on offer. 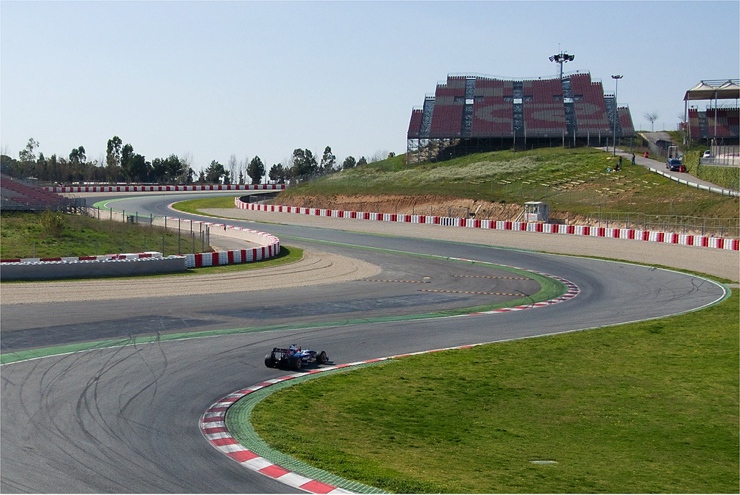 The 4.6km track is a mix of high and low speed corners, plus an abrasive surface, which means that tyre wear is high and very demanding on the cars. Built as part of the development program for the 1992 Olympics, the circuit rewards well-balanced set ups, with the best passing opportunity coming from the run down to turn 1. It also has three DRS zones, which is the most of any circuit on the calendar.

Drivers are familiar with the layout, due to the extensive testing done here in preseason, but the track is still a big challenge. Whilst many people argue that drivers know it too well, the intricate nature of the Circuit de Barcelona-Catalunya still makes for exciting races.

The run down to turn 1 sees a big elevation change and the cars drop from around 300kmph down to just 120kmph at the entry phase. The downhill layout of the track in this section means that it’s often hard to nail your breaking zone, which as a result, makes it a popular passing point.

Turn 2 is just a positioner to make sure that the driver gets the best line possible for the high speed turn 3. Any driver that gets close to flat through turn 3 gets a badge of honour for bravery, given the limited grip and extreme G Force that comes into play.

Turn 4 is very similar to turn 3 and the drivers are carrying a lot of speed into the corner and also out of the corner as well. As a result, the physical challenges of the racetrack really start to take their toll on the driver and they are tested as much as this track than any other throughout the course of the season.

Turn 5 is a long hairpin and the full focus of the driver is required to try and position the car in order to get the best drive out of the corner. The apex is actually quite small considering the size of the corner, so several lines can be taken here.

As a driver, they are always looking for little reference points on the racetrack to give you cues on when to brake and also when it turns into the corners, with Spain having a plentiful amount throughout the track.

Turn 9 is one of the biggest corners on the racetrack. Cars are carrying speeds of over 240kmph here and using as much as the kerb as they are allowed before running down the back straight and into turn 10.

Turn 10 is a tight corner and is the start of the more intricate final section. It’s actually quite a frustrating part of the track for drivers as speeds are so slow that downforce is massively reduced. This means that the cars are going to start sliding around the track a lot more than in the early and middle stages of the track.

The penultimate turn is the “S” bends and the kerbs here have actually been increased in size to try and deter drivers from cutting so much of it off. Again, speed is built up through the last turn and then fly out of the corner in an almost slingshot action back along the pit straight and over the start/finish line.

Whilst the origins of the Spanish Grand Prix date back to as late as 1913, the current circuit has only been in operation since 1991. The construction of the track was to coincide with the 1992 Olympic games that were being hosted in Barcelona that year. The circuit was actually used for the start/finish line in the cycling events and is one of only a handful of tracks to have formed an association with the Olympics.

The 1991 Spanish Grand Prix was one of the most competitive at the Barcelona based track. It included some of the greats of motor racing such as Mansell, Prost, Senna, Schumacher, Brundle, Alesi and Patrese. But, it was the duel between that of Nigel Mansell and Ayrton Senna that really got the crowd excited.

It was Mansell who set about chasing down Senna for second place at the time on an incredibly slippery track. They pair went wheel to wheel, with just millimetres in it heading down the entire pit straight, in what was one of the most iconic scenes in F1 history. Mansell came out on top, breaking a little later than Senna and ended up going on to win the race, beating Alain Prost into second place.