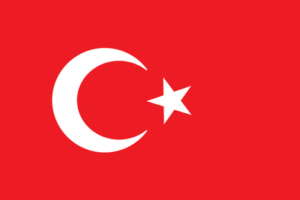 The Turkish Grand Prix makes a one-off return for the 2020 season, having last being held in 2011.

The race takes place at the Istanbul Park Circuit which held every Turkish Grand Prix between 2005 and 2011. The track is located to the East of Turkey’s largest city, just 10km from the Sabiha Gokcen airport.

The Turkish Grand Prix has not been scheduled yet. We'll update this page with more information as we have it.

The Formula One drivers and teams make their way to Istanbul this weekend for the 2020 Turkish Grand Prix at Intercity Istanbul Park. This will be the first race at this exciting circuit since Sebastian Vettel prevailed back in 2011. There have only been seven Turkish Grands Prix to date, with the first of those taking place in 2005. Felipe Massa won three in a row for Ferrari from 2006 to 2008, while Britain’s Jenson Button and Lewis Hamilton picked up race wins in 2009 and 2010, respectively.

Considering the circumstances, the 2020 Formula One season has been a huge success so far. This will be the 14th race on the revised calendar, and the final European GP of the campaign. After this one, we have the Bahrain, Sakhir (also in Bahrain) and Abu Dhabi Grands Prix to look forward to. Hamilton has dominated the campaign so far, but will the Brit secure a second victory of his career on Turkish ground this Sunday? As expected, the current Drivers’ World Championship champion is the huge favourite in Istanbul but we fancy he may just have his work cut out this weekend.

Hamilton recently broke the legendary Michael Schumacher’s Grand Prix race win record. Lewis has gone from strength to strength in recent years, and the sky is the limit for the six-time World Champion. Hamilton has won a staggering nine of the 13 rounds this season, including each of the last three in Germany, Portugal and Italy. That has moved him to within touching distance of another world title and it is surely just a matter of time before he claims his seventh crown.

In contrast, it has been a relatively frustrating season for Hamilton’s Mercedes teammate Valtteri Bottas, who has had to sit back and watch the Brit dominate the sport once again. Bottas has been driving well, but Lewis has been a class above everyone this season. Nevertheless, the Finn has picked up two race wins so far and comes into this Grand Prix second in the overall standings, albeit 85 points adrift of his colleague.

After winning the opening round in Austria, Bottas also finished on top of the podium in Russia. Of course, Hamilton is heavily fancied to win the Turkish Grand Prix, but we like the look of 7/2 for Bottas to seal a third race win of his season on Sunday. At the odds he offers a shade more value than Hamilton at a circuit the Brit hasn’t always enjoyed.

Hamilton, Bottas and Max Verstappen will finish in the top three this season, but the race to be best of the rest could go to the wire. At the time of writing, Daniel Ricciardo is clinging on to fourth spot, 10 points clear of Charles Leclerc. Sergio Perez is also in the mix, just three points behind Leclerc.

Ricciardo, who is set to join McLaren next season, has been impressive of late. The affable Aussie picked up a third place at the Eifel Grand Prix, a feat he repeated in the last round at the Emilia Romagna Grand Prix in Italy. With the right equipment beneath him, the 31-year-old is as good as anyone in Formula One these days.

A medal place may be out of the question for the current Renault driver, but Ricciardo is in pole position to pick up fourth place come the end of the season. We fancy the Perth-born ace to seal a third podium finish in four this Sunday. Ricciardo is available at 11/4 for a top three finish and with all the attention elsewhere that looks like great value to us.