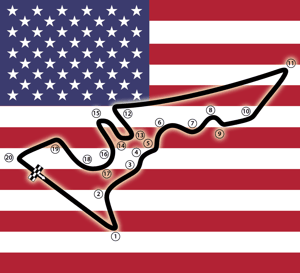 Lewis Hamilton is on the brink of claiming a sixth Formula One Drivers’ World Championship title. An eighth place finish at the 2019 United States Grand Prix in Austin will be enough for the British driver. Hamilton has finished in the top eight in 17 of the 18 races so far this season, so he will be crowned world champion on Sunday barring any catastrophic disasters.

Hamilton, who won in Mexico last weekend, heads to the States as the 15/8 favourite to win in Texas for a fifth time in his career. Ferrari picked up the win last year, with Kimi Raikkonen beating Red Bull’s Max Verstappen to the line. Charles Leclerc is second favourite at 2/1, while Sebastian Vettel is available at 7/2. You can get Hamilton’s teammate Valtteri Bottas at 9/1 to win his fourth Grand Prix of 2019. This is set to be a thrilling race in Austin, even if the title race looks to be a foregone conclusion.

The United States Grand Prix will next race on 24th October 2021. Tips will be added shortly before qualifying starts.

Circuit of the Americas Map 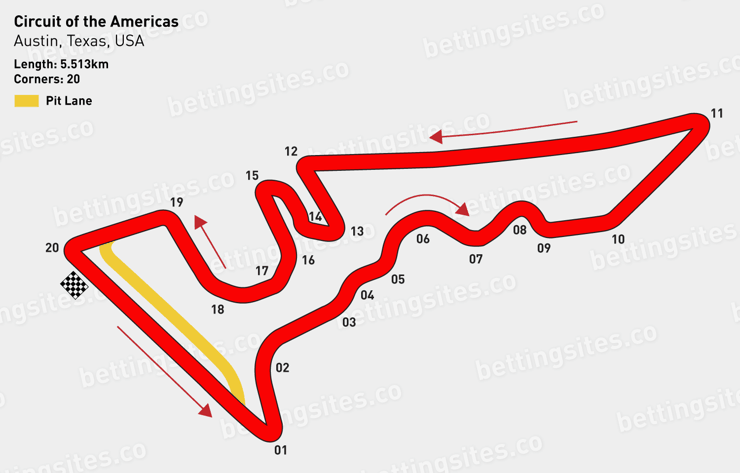 The 2019 United States Formula One Grand Prix will take place at the Circuit of the Americas in Austin, Texas at the weekend. It will be the 49th Grand Prix in America and the eighth to be held at the Texas circuit. Despite finishing “just” third last year, Hamilton has dominated in Austin in recent years, winning five of the seven Grands Prix held on this track since 2012. Overall, Hamilton has won the US GP on six occasions, which is a record. Michael Schumacher is the second most successful driver on US soil, winning this Grand Prix five times.

The 48th United States Formula One Grand Prix was won by Ferrari driver Raikkonen. The Finn beat Verstappen and Hamilton to first place in Austin back in October 2018. Raikkonen made a one-stop strategy work, winning his first Grand Prix for five years, breaking a 113-race winless streak in the process. It was also Ferrari’s first and only triumph in Texas.

Verstappen was the driver of the day, starting on 18th place on the grid but managing a second place finish. Hamilton had to settle for a bronze medal, although the British ace left America with a 70-point lead in the championship. Hamilton failed to clinch the world title at the Circuit of the Americas last year, but can he do the business in Austin this time around?

Analysis: Hamilton to Secure 11th GP Win of the Year

Hamilton has once again dominated Formula One this season. Despite going three races without a win as Ferrari stepped up in Hungary, Belgium and Italy after the break, the current world champion has been the real deal. Hamilton’s stunning victory at the 2019 Mexican Grand Prix at Autodromo Hermanos Rodriguez last weekend was his 10th win of the season.

Hamilton has enjoyed plenty of success in America, especially since the United States Grand Prix moved to Austin in 2012. This track suits the Mercedes car and it’s a circuit that the world champion thrives on. With the title in touching distance, Hamilton will be going all guns blazing for a race win in the States on Sunday. Lewis is available at 15/8 to get the victory in Texas.

Ferrari made errors in Mexico last weekend, which ultimately cost them the race. The Italian team led twice, but Mercedes were smarter on the day to pick up their third successive race victory.

Ferrari have certainly come on strong in the second half of the season, with Leclerc winning in Belgium and Italy, and Vettel coming out on top in Singapore. However, in truth, Ferrari have been well off Mercedes’ relentless pace this term. After last week’s disappointing Grand Prix in Mexico, will the Italians have a better round in America? Ferrari are priced at 11/10 to have a winner in Texas but we aren’t tempted.

Hamilton the Quickest Man in Austin?

At this Grand Prix last year, Hamilton was fastest in qualifying with a time of 1:32.237. He also picked up the fastest lap of the race (1:37.392). Despite that, the Briton only managed a third place in Texas. As we mentioned, the five-time world champion loves the Circuit of the Americas, and he will be desperate to the get the title all sewn up this weekend. Mercedes have had plenty of recent success in the States, and their car will be dialled in on Sunday. With that in mind, back Hamilton to have the fastest lap of the race at huge odds of 3/1.

About the USA Grand Prix 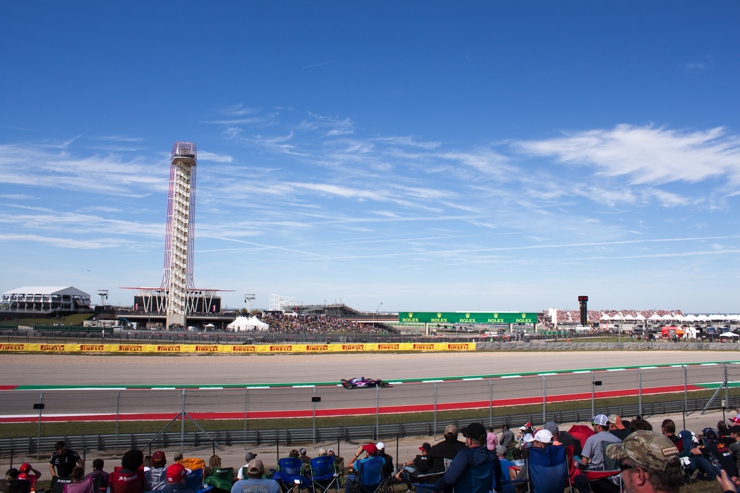 There few grander stages in the F1 calendar than that of the United States Grand Prix. It’s one of the biggest and one of the loudest, and this is mainly because of its base being in Austin, Texas, where everything is bigger!

The track was brought in to replace that of the Indianapolis Motor Speedway, which has held the Grand Prix up until 2007. When funding stopped, the US was without a Grand Prix, but when plans were set a foot in 2010 to create a new track that was designed with F1 racing at the forefront, the Circuit of Americas was born and with it a new home for F1 in the US from 2012 onwards. 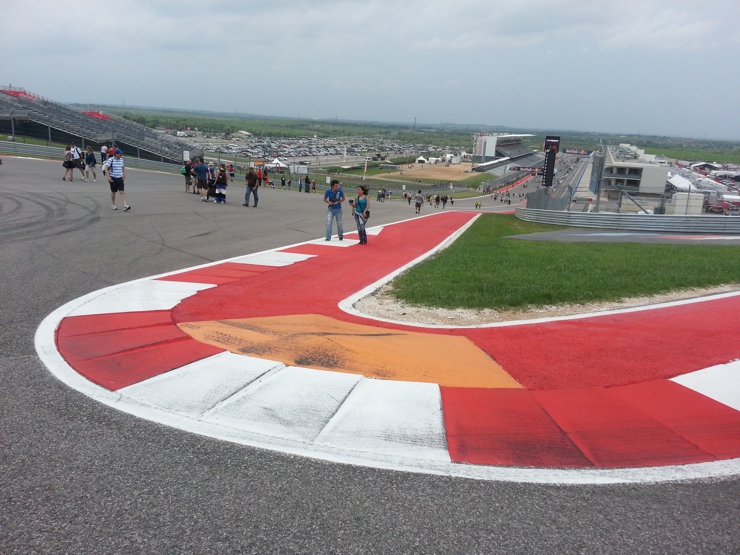 The track is made up of 20 turns in total and comes in at 5.513km, making it a mid-size race track. One of the most interesting facts about the track is that it’s one of only 5 that are run anti-clockwise, which means that there is a much greater pressure that is applied to the driver and their necks. Given that the drivers are sued to right handers more than left handers, it means that it provides great strain, so it’s a physically demanding circuit to drive on for both the cars and the drivers.

Even though the race kicks off with a long straight and fast flowing bends, the average speed of 195km/hr means that it’s just under the season average on the F1 calendar at the minute. The track comes with a lot of elevation changes, and this coupled with very small breaking zones means that there are plenty of overtaking opportunities, given that the margin for error with drivers so little.

Drivers start along the long straight and work down to the lowest part of the track before working their way up a steep elevation change to the first corner. Turn 1 is a tight left hander and one of the most interesting parts of the track as the race starts, often with drivers having to tip toe around to keep out of too much trouble. The corner is actually blind when they get there, so they need to use reference points to know when to break.

The track drops downhill dramatically from there into the series of S turns and this is where the drivers are really feeling how their car works, with the downforce planting the driver into the car and almost having the sensation that it’s trying to throw them out of the car.

Turn 11 is a tight harpin, but one of the best places to overtake on the track. The turn is very wide at the apex which allows plenty of room for overtaking. But, the DRS straight follows directly after this turn, so it’s sometimes tough to get those overtakes to stick. Many drivers actually wait through 11 and then pull off their overtake down the DRS to make it really clean.

Turn 12 and 13 work from a left to right hander. What you won’t see on TV is that these corners are both heavily banked, so the car almost instinctively follows them around, although traction can sometimes be an issue if drivers get on the throttle too soon when they exit.

Turn 15 is one of the hardest turns on the circuit and it’s another tight hairpin. The drivers will be fighting with making sure that they are able to get traction both on the approach to the corner and then exiting the corner, as well. They will have to wait until the car is fully round the bend before then being able to apply max throttle.

Turn 17, 18 and 19 and three right handers that run simultaneously. The drivers tend to really enjoy this as they are all flat out. But it’s imperative that they hit the apex on 17 as if they miss it it’s going to be almost impossible to save it through 18 and 19 as a result. This can be a good overtaking spot if drivers have got a good drive out of 15 and then set up around here flat out.

The final corner is a tight left and it’s another that the apex is very hard to pick because of the track rising and dropping so quickly. A good run is imperative though, as this will take them back down the home straight and through the final DRS zone. It’s then a straight sprint down the hill, before coming sharply back up the hill and back into turn 1.

The track is without doubt a favourite with most of the drivers. It’s got everything from fast straights, tight corners, accessible DRS zones and plenty of overtaking opportunities. Since it’s introduction in 2012, the site is now firmly one of the most anticipated races for both drivers and fans. 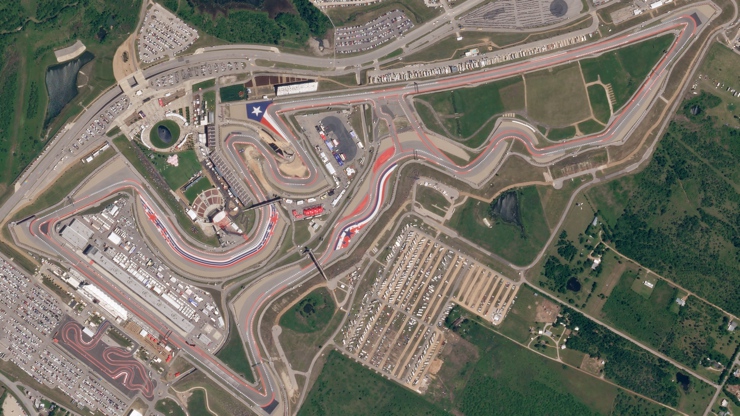 The US Grand Prix had been without a home since Indianapolis were unable to get the financial backing needed for the race following the 2007 US Grand Prix. It wasn’t until 2010 that plans were finally laid out to get an all-purpose racetrack built, primarily for F1, but also for a host of other motor racing events, as well.

Construction started in December 2010 and it was announced that Texas Billionaire, Red McCombs, was the largest investor for the 890-acre site in Travis County, Texas. McCombs has a history of motor cars, with their fortune being built around McCombs Automotive Group and the group also were owners of the San Antonio Spurs and the Denver Nuggets at one point.

The site had originally been earmarked as a residential area, but that was soon put on the back burner when ideas about the F1 track started to come to fruition. Initially McCombs wanted to call the site “Speed City”, but naming rights were later sold to advertisers for a fee of $7 million.

The designers behind the track were that of Tilke Engineers and Architects. They’ve a long running history of work within new F1 tracks, including designing tracks in Sepang, Bahrain, Shanghai, Istanbul, Valencia, Yas Marina and Korea, to name just a few.

Work started in 2010 and it was reported that it would take 2 years to build. But, in 2011 they received a stop-work order as the site had been built unknowingly on a floodplain. Eventually the things that needed to be ticked off the list were and the 2012 deadline was back on track, albeit a couple of months later than originally planned.