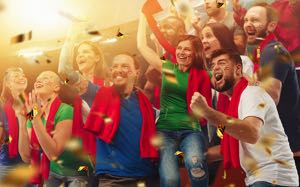 Both teams to score betting is growing rapidly in popularity and if you’ve never given it a try because you were unsure how it worked or what to do then read on – we’ve got everything you need to know.

The best thing about betting on both teams to score is that it almost always keeps your bet “alive” right until the end of the game. Even a seemingly boring 0-0 game can spark to life in the final minutes and so from an entertainment perspective you get excellent value from your bet.

It’s also great where you’re not too bothered about the result or either of the teams playing as you can gladly cheer for both teams as both scoring is all that matters to you! Any score from 1-1 upwards is a winner, irrespective of when those goals come, own goals, penalties, injury time (but not extra time) – as long as neither team have nil you’re onto a winner.

Both Teams to Score Bets 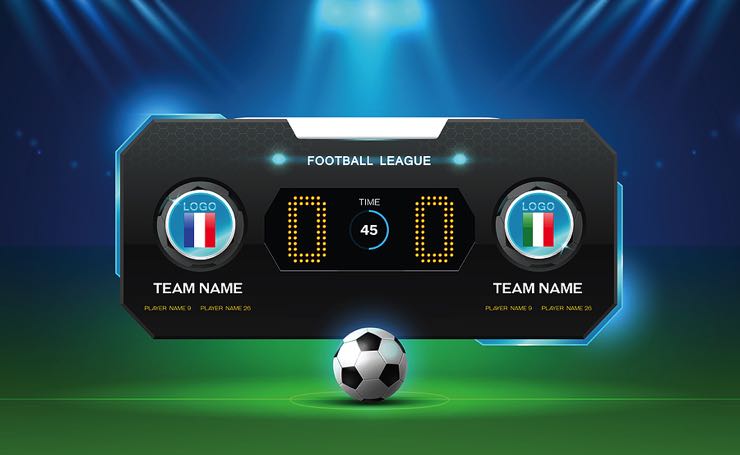 As we mentioned in the beginning of this article, a straight both teams to score bet is a wager that the final score of a match (after 90 minutes) is 1-1 or higher. It doesn’t matter what the score is or who scored the goals, so long both teams have racked up a goal it’s a winner.

There are a number of other related bets you can place which have been added over the years, including betting on both teams not scoring (ie: at least one team finishing the match with zero goals) and combining with the match odds market. Below you can find a quick run down of the different bets you can place.

BTTS Yes or No

The latest bet to be offered combines both teams to score with the regular match odds market, although how it’s handled varies from bookie to bookie. Some betting sites offer the full match odds market combined with the ability to bet either for or against both teams scoring, including being able to bet on the draw for a total of 6 different possible wagers. Other sites only offer the win markets for each team combined with both teams scoring. 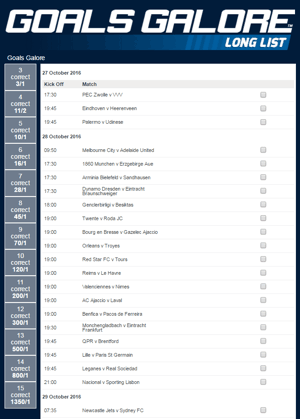 Betfred were one of the first bookmakers to promote this bet, through their Goals Galore betting coupon. They offer two coupons with an assortment of matches, their standard Long List and also their Bonus Coupon. Both of them offer fixed odds depending on how many matches you select, so for example the standard Goals Galore option pays 3/1 for three correct, 11/2 for four correct, right up to 1350/1 for 15 correct. Goals Galore Bonus features matches that are slightly harder to predict but your reward is higher odds – 9/2 for three matches, 9/1 for four and a huge 5000/1 for 15 games.
The great thing about Betfred’s Goals Galore is that you know exactly where you stand and what your odds will be. All you have to do is mark as many games as you want and decide your stake and away you go. It is a minimum of trebles, so you need to bet on at least three matches, but other than it couldn’t be easier.

However, lots of other bookmakers offer similar both teams to score special offers and coupons. At many of those – for example Ladbrokes (Goal Rush), BetVictor and Coral among others – you can not only bet on both teams to score, you can also bet against that outcome. This gives you a better range of bets to choose from and means that you can select matches where you really can’t see both sides scoring. That doesn’t make for great viewing or excitement but it can be highly profitable if you happen to know a side’s main striker is injured or their defence is rock solid.

In addition, Betfred’s odds, whilst they may claim to be enhanced, are actually not as good as you will find at some of the other bookmakers. BetVictor is, in our opinion, the best place to place your both teams to score bets. Betfred is great if you like things really simple and are happy to place trebles but if you want better odds, the ability to back for and against both teams to score and the very best choice of fixtures then BetVictor have a little more to offer.

Some of the bookmakers – and again BetVictor are one of the best for this – will also offer free bets especially for both teams to score betting. These are usually in the form of “place one bet this weekend and get another free next weekend”, or occasionally will be a refund of your stake if just one selection lets you down. They are certainly well worth looking out for as they can go a huge way to making your betting a lot more profitable.

BTTS/Goals Galore Strategy – How to Pick a Winner 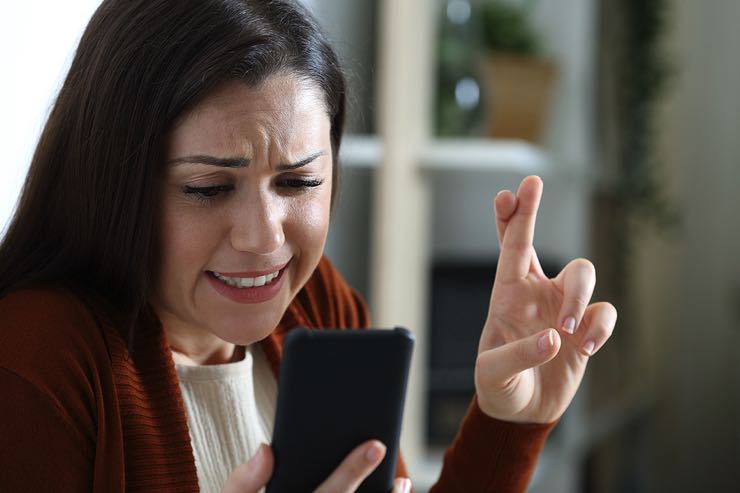 All the usual rules apply, which means trying to get as much information on both sides as possible. Are key defenders or attackers injured or suspended? Is there a bigger game coming up ahead for which star players may be rested? What kind of form are the teams in? Have they been defending well recently or scoring lots of goals.

The best information is that which not everyone will be able to find. For example, if you know your home team has been playing really well but has been unlucky – maybe they’ve hit the post a lot, been denied certain penalties or come up against a goalkeeper in unbeatable form – then you might just find their odds for both teams to score are on the generous side. Most people (including some bookies) might only see that they haven’t scored in the last three games and think it looks like a definite match to bet against both teams scoring but if you know better then great odds should be yours for the taking.

Another huge factor in this market is that it is hugely dependent on confidence and form. Both goalkeepers and strikers, probably more than any other position, rely on confidence. When a keeper is keeping clean sheets he feels like he can’t be beaten and likewise a striker on a run of goals feels confident and assured with every chance. As such, watching out for streaks and sequences can be crucial in betting on both teams to score. If Liverpool haven’t scored at Chelsea for the last four years but they have scored a lot of goals in the build up to the game, this latter factor is likely to have more impact.

Confidence is key to both teams to score and so getting in on a streak of results at the right time is crucial. If you think a team is starting to hit form then back them, especially if they are also conceding goals. It’s also worth noting that some fixtures just seem to throw up a lot of goals. For example recent meetings between Spurs and Arsenal have been real goalfests. The last seven league games have featured both sides scoring and in fact in the last eight seasons – 16 games – both have failed to score only three times.

Looking out for such patterns is another great tip and works the same the other way round, with some sides seemingly cancelling each other out and resulting in a lot of 0-0s or very low scoring clashes. However you pick your both teams to score bets, we wish you the best of luck in this fun market.

How Often Do Both Teams Score?

There is little doubt that the BTTS market is one of the most popular right now, but how often do they games come in? The percentages for games will vary massively from league to league. Again, these will differ not just in terms of location of league, but also the level of ability. For example, the Premier League and League 2 in England has a 10% difference between the two leagues.

Before we start to get into a table of numbers, it’s worth considering how some teams offset the numbers. You are literally going to find leagues where you have teams that average 70% of games BTTS and other teams that average just 30% BTTS. Getting the average makes sense across the league, but it’s important to be careful to generally blanket this information for each game. We can’t stress how important it is to research each game on its own merit and take your numbers from there.

For all but the Bundesliga, the BTTS percentage does tend to increase as you work down to the lower leagues. This does underline the fact that a poor defence will always coned more goals against a poor attack than a good defence against a good attack.

It’s also worth noting just how high the percentages are in the two Dutch leagues. The Jupiler league is actually one of the most popular for these types of bets, so value is quite low, but you can expand these markets to that of over/under betting as well, with average goals per game in that league at a staggering 3.24. 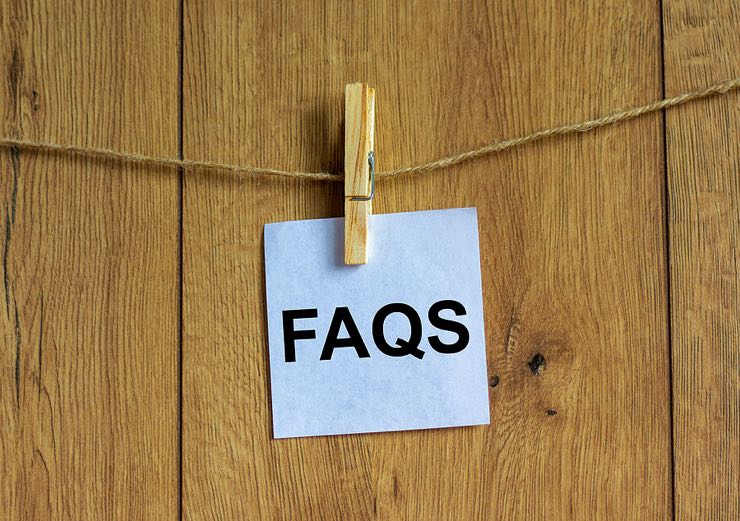 In this next section we’ll cover some of the most frequently asked questions about the both teams to score market, including whether or not own goals count, and what is the best online betting site for placing btts bets.

Q. Do Own Goals Count in Both Teams to Score?

A. This is by far the most common questions we get asked is whether or not own goals count in the btts market (or in goals galore style coupons). The simple answer is that Yes they do count.

Having said this, bookmakers are responsible for setting their own rules and so whilst the norm is for them to count, there is a (slim) chance you may come across a bookie that handles them differently.

Q. What Is the Best Bookmaker for BTTS?

A. Our favourite site for betting on both teams to score is BetVictor.