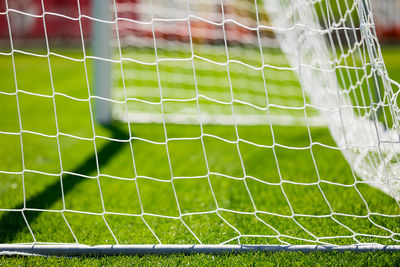 The EFL (English Football League) Championship is the second tier of the professional game in England. It’s widely seen as one of the most competitive leagues in the world, with many former great clubs to be plying their trade in it.

The league has seen several variations over the years and whilst always playing second fiddle to the Premier League, it has always been an exciting and potentially lucrative league to be in, of which we will talk about more throughout this article.

The league is made up of 24 teams in total and each season they do battle to take on 3 promotion spots and 3 teams being relegated to League 1 (third tier of English football). The season works like all other professional leagues throughout England in that each team will play each twice, both home and away. The fixtures are drawn at the start of the season, but they are subject to change should certain teams be involved in cup runs and also be moved for TV purposes.

Games are generally played on a Saturday and Tuesday evening. The Saturday games are the most popular with the fans, which is the traditional day for football within England. The Tuesday night games are less so, but still draw in big crowds, especially for higher profile matches within the league. Games may be played on other days as well, with Friday nights being a fairly new initiative that has been implemented in the 2017/18 season in order to get more games shown live on TV.

Rarely throughout the season do all teams play at the same time on the same date in the season. Games, as stated, get moved about for TV rights and rearranged matches. The only time that this occurs is the last game of the season, where all matches start at the same time. This had been brought in to increase the excitement in final day games and force teams to try in matches that they might not necessarily need to do, assuming results went their way.

The league has two automatic promotion places, which go to teams finishing 1st and 2nd. From the league there are three teams that will be relegated to League 1, with 3 teams being promoted from that league in return. At all times 24 teams will be represented in the Championship.

Play-offs for the Premier League 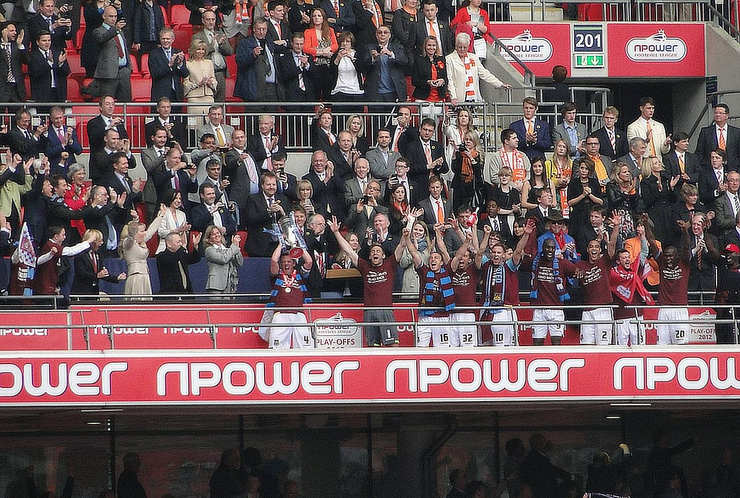 Alongside the 2 automatic promotion winners, there is an additional playoff spot that will also be promoted. The playoffs are made up by the teams that are ranked from 3rd to 6th in the regular season. These 4 teams will play a semi-final and then then final, before the winning teams gets promoted.

The teams aren’t drawn for who plays who and instead goes on ranking, with 3rd playing 6th and 4th playing 5th. The games are played as a best of 2 legs in the semi-finals, where each team plays both home and away. Extra time and penalties can be used if needed in the final leg.

The final is then played at Wembley in a one-off, winner takes all game. Again, if needed, extra and penalties will be used. Because of the sheer sum of money that is on the line should a team be promoted to the Premier League, it’s often thought that the Play Off Final is the richest game in football, worth a staggering £100million in revenue for the winners the following season they make it the Premier League.

The EFL are the governing body for the Championship and the football league as a whole. Founded in 1888, the Football League is the oldest league in the world and has been representing top tier English football for well over a decade.

But, it’s worth noting that whilst the EFL manage the likes of the Championship, League 1 and League 2, it does not govern that of the Premier League, which is a separate entity after their breakaway in 1992.

Prizemoney within the Championship is actually split evenly and not based on performances. The only changes that are made is that the teams are split into category 1 and category 2 teams, based on previous rankings. For example, the team that finishes 1st could potentially earn the exact same amount as the team that finishes bottom. Which, is exactly what happening in the 2017/18 season.

Wolves who won the league were given a basic award of £2.3million and £4.5million Solidarity Payment. Wolves were classed as Tier One club, whereas Tier Two teams would get £2.084million and £4.3million, respectively. Sunderland, who finished bottom of the league in 2017/18, but were classed as Tier One prior to the start of the season, earned the exact same amount as Wolves who won the league.

The gulf of earnings compared to that of the Premier League is pretty astonishing, hence why the Play Off Final is considered the richest game in football. The lowest ranked team in the Premier League for 2017/18 were that of West Brom. They were paid over £94million in total prize money, just for finishing bottom.

For example, in the first year of relegation teams get a payment of £40million (55%), year two they get £35million (40%) and year 3 they get £15million (20%). This is to ensure that teems aren’t going to go bankrupt at any point following relegation. 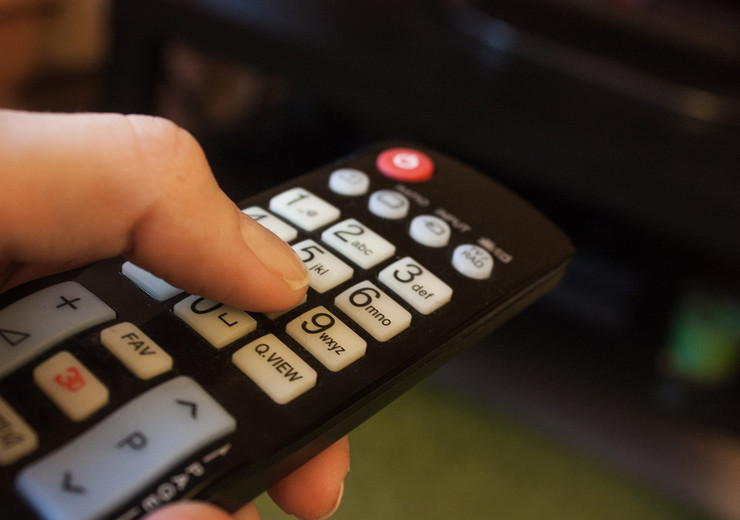 Sky Sports have recently wrapped up a pretty lucrative deal to show over 260 games from the EFL and a further 80 games from interactive platforms for the 2019/20 season in a deal said to be worth over £600million. The deal will see the highest number of games every shown on their Sky Sports service and also the introduction of live streaming via their website and mobile app.

Alongside that, Channel 5 have the rights to highlights package where they are able to show several games from across the Championship and EFL throughout the week.

Whilst the deal is some way behind that of the Premier League’s current £1.7billion trades, it is higher than many across Europe, including the top leagues in Belgium, Holland, Sweden, Scotland, Portugal, Switzerland, Greece, Turkey and Russia, to name just a few. 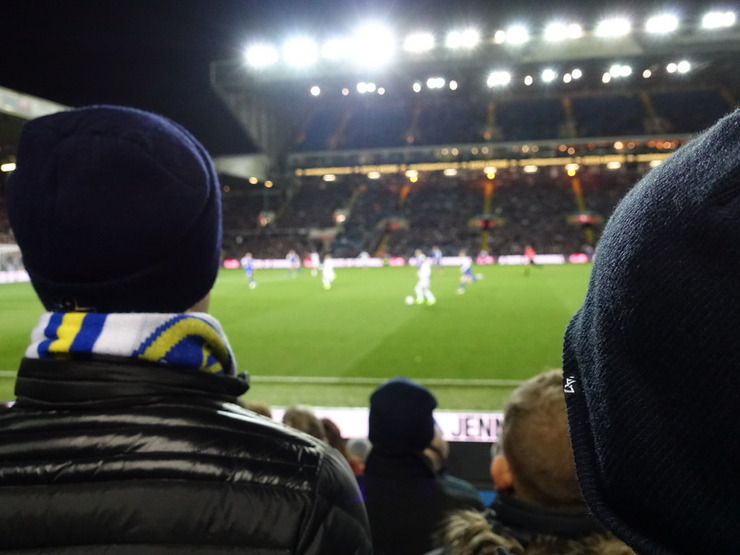 One of the things that the Championship is famed for is bringing out huge attendances given that it is in fact the second tier of English football. In fact, only the Bundesliga and the Premier League have higher aggregate attendances than the Championship, with them beating the likes of La Liga in Spain, Serie A in Italy and Ligue 1 in France, all quite comfortably as well.

To put that into perspective, the next highest ranked second tier league is that of 2. Bundesliga in Germany. They have a aggregate attendance of 6,652,134 for the 2016/17 season, whereas the Championship were able to attain almost double that, with 11,086,368, respectively.

Over the last few years some of the teams that have been promoted to the Premier League from the Championship have included the likes of Newcastle United, Brighton, Leicester, Burnley, and most recently, Fulham. You could argue that both Newcastle and Sunderland have been yo-yo teams within the league, both earning two promotions over the last 15 years or so, with Sunderland only recently seeing relegation from the Championship into League 1 in 2018.

The table below shows the teams that were promoted from the Championship in recent years.

At the other end of the table the following teams suffered relegation to League 1 since 2005. 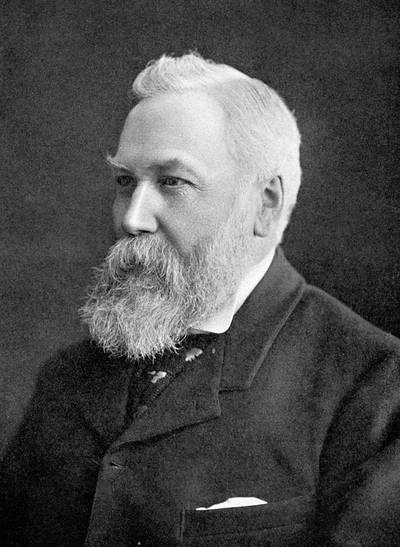 The Football League was founded by William McGregor in 1888, some 3 years after the Football Association had permitted the use of professional football. The FA currently had the likes of the FA Cup and the Inter-County Cup, but the way in which it was ran was very ad-hoc.

It was McGregor, the Chairman of Aston Villa at the time, that wanted to get some form of planning for the matches and for teams to plan who they were going to be playing against within a fixture list. It was a resounding “yes” from the teams already associated with the FA and on the eve of the FA Cup final in 1888 it was agreed that the Football League was to formally be created.

Winners of that first season was Preston North End who went through their 22 games unbeaten with 40 points in total. They finished 11 points clear of Aston Villa in second scoring 74 goals and conceding just 15 times.

The Premier League was formed in 1992 as a breakaway from the Football League. The bigger teams within the league at the time were unhappy at the way that money (or lack of it) was being injected into the game. The English teams of the 70’s and 80’s had dominated Europe and it was widely thought that the English Division 1, as it was then known, to be the most competitive in the world.

The decline of the English game reached a turning point in the 1990 when Greg Dyke, then a managing Director of London Weekend Television, set up meeting with the 5 biggest teams in the league to see if they would be willing to form a breakaway from Division 1 and the Football League.

The first deal was struck with BskyB for the 1992 season, worth over £304million and from there, the league hasn’t looked back. The format of relegation and promotion was in place for the Football League teams and the Division 1 and Division 2 naming rights were kept in place, alongside that of the Premier League.

The rebrand for the league came about in 2004 when it was officially known as the Championship, with the following leagues being reformed as League 1 and League 2. The rebrand came on the back of a decline in viewing figures for the league but also as an important removal of the shackles of forever being associated with Division 1 football, which is technically no longer was since the split of the Premier League.