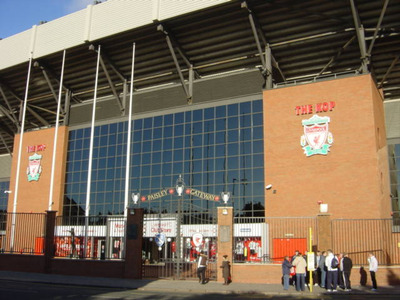 Liverpool are undoubtedly one of the biggest clubs in Europe. The club have seen a massive amount of success around the world, with their biggest achievement being that of Champions League, which they have won 5 times, bettered only by AC Milan and Real Madrid.

However, domestically the club haven’t been as dominant as they would may be have liked. They are yet to win a Premier League title and their last top division title came back in 1989-90.

As a result, Liverpool are one of the new teams into the “Big Six” along with Tottenham. Their baron run domestically has meant that they are still often considered as outsiders to win the league, although their form over the last decade or so has definitely seen their chances improve.

It’s been their on the field success that has meant that they are now one of the highest earning football clubs in the world. Ranked 7th in 2019 with a revenue of over €500million. This sort of money has allowed them to finally start competing to win trophies such as the Premier League and is one of the main reasons why they are now a part of the Big Six in England.

Even though it could be argued that Liverpool are on a pretty baron run when it comes to trophies, the fact of the matter is that they have won the top tier of English football (First Division) 18 times, a number bettered by only Manchester United.

The club had been able to secure 7 titles in total up until the 1970’s, but it was here where they really started to kick on and become dominant not only in England, but also across Europe. Bill Shankly and Bob Paisley were the driving forces behind their success and with it brought in 11 league titles from 1972 through to 1990. 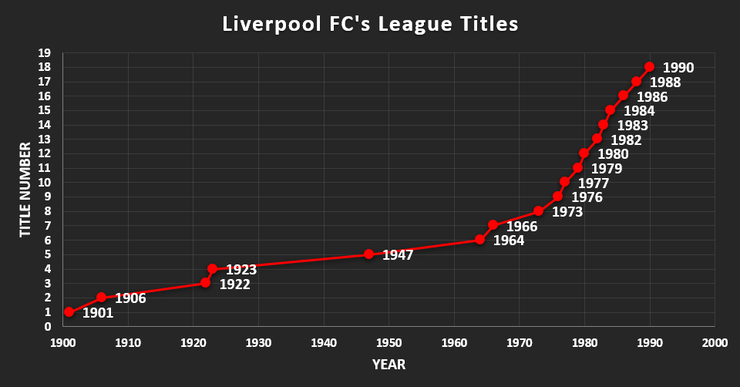 Whilst the club have been starved on league success since 1990, they have been able to bag themselves wins in the FA Cup and the League Cup within that timeframe. In total they have won 7 FA Cup trophies, with their most recent coming in 2006. Their most recent cup win came about in 2012 which was the League Cup, this was also their 8 victory in this competition as well.

It’s been in Europe that Liverpool have seen most of their higher tier success in recent years though. In 2005 they historically came from 3-0 at half time to beat AC Milan on penalties in an incredible night in Istanbul, Turkey. This also happened to be their 5th Champions League (including European Cup) trophy in the club’s history as well. Their 6th title came in 2019 when they defeated Tottenham Hotspur in Madrid. This made them the third most succesful club in the tournament’s history behind only AC Milan with 7 and Real Madrid with 13.

Outside of the Champions League Liverpool also have 3 UEFA Cups and 3 European Super Cups to their name. They remain England’s most successful club in Europe and by some distance as well. 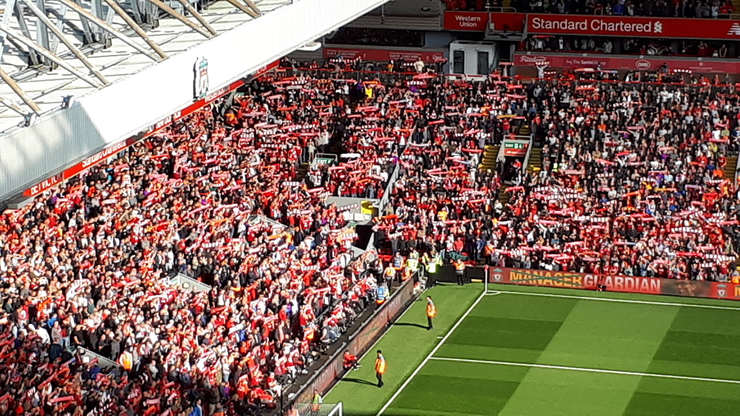 As teams become successful, you often find that a lot of rivalries start to grow over that period. It’s a chance for teams to get one over on the “best” and often as a result, these games become more grudge matches than just a normal football match.

As you can imagine, in some way, the whole of the Big Six are rivals. They are realistically the only teams that are capable of fighting for these positions, so these games become massive for the supporters.

But, there is little doubt amongst Liverpool fans that their biggest rival is that of Manchester United. This is a rivalry based and success and the two teams are by far away the most successful in English football over the years.

This may seem a controversial call, given that Everton Football Club are just a stone’s throw away from Anfield. To be honest, both games have their merits as the biggest in Liverpool.

The rivalry with Everton is actually a rather curious one. You see, Everton used to originally play at Anfield and Liverpool started with blue shirts, believe it or not!

The derby is often billed as the “friendly-derby” but to be honest, recent games have proved that these matches are far from friendly. The rivalry is strong and whilst Liverpool are starting pull away from Everton in terms of their stature in the league, the games are usually ultra-competitive.

Outside of both Manchester United and Everton, Liverpool do have several other teams that they consider to be big games. One of those is Newcastle United.

The pair have played in some of the most memorable matches in Premier League history, non-more so than the 4-3 victory in 1996 that saw Liverpool beat Kevin Keegan’s Newcastle at Anfield. This same game got voted match of the decade as a result.

Included on the list of rivals also has to be that of Real Madrid. These two teams have been the standout teams in Europe for so many years and whilst they don’t meet as often as they used to, the matches used to feisty affairs and often gave bragging rights to the winner as being the best in Europe at the time.

Real Madrid have also been able to poach several of Liverpool’s stars over the years as well, including Xabi Alonso, Michael Owen and Steve McManaman.