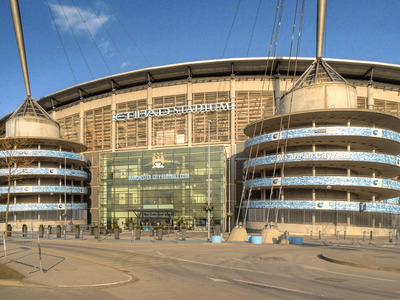 Man City often get knocked for being in the shadows of their neighbours, United. For decades this was true. Whilst United were racking up league, cup and European titles city were struggling for a lot of that time in the lower leagues of English football.

In fact, the club have been as low as the third tier of English football, albeit mainly flirting between the first and second tier for much of it.

The club’s fortunes started to change in 2003 when they moved from their home of Main Road to that of the City of Manchester Stadium, which was originally built to host the Commonwealth games.

The takeover by Abu Dhabi United Group in 2008 was one that was going to change the football club forever. In fact, many believe that the takeover was so significant that it changed how football was as an industry. The vast sums of money that the company had were immediate, with multi-million-pound signings happening almost immediately.

The clubs continued investment as meant they are now one of the biggest clubs in the world. Their status within the Premier League has meant that the Big Four be renamed the Big Six (along with Tottenham Hotspurs inclusion) and with it, has seen a huge amount of success as a result of their spending. 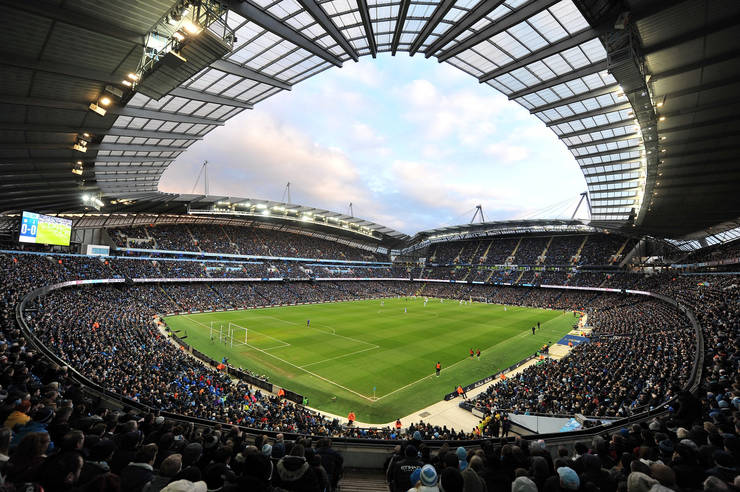 There has been little surprise in the up-turn of Manchester City given the vast amount of money they have spent over the last decade or so. To give you some idea of the scale of their investment and the increase in revenue, the club were ranked 20th in overall revenue within Europe in 2009 with the sum of €104million. In 2019, they had jumped to 5th in the standings, with a revenue of €568million.

In terms of success, the club has gone long periods with very little to shout about. They have now won the top league in English football 6 times. The first came in 1937, with the second coming 31 years later in 1968. They then had to wait a further 44 years before claiming the title in 2012, but since then have won it in 2014, 2018 and 2019. With the current status of the squad and the club as a whole, this number is going to rise significantly over the next decade or so.

In the 2018/19 season, Manchester City won the domestic treble after winning the Premier League, FA Cup and League Cup, the first English side to do so. These trophies followed victory in the 2018 Community Shield meaning that City swept all domestic honours that season.

It’s worth noting that even with City’s 4 Premier League winners medals, they also have 2 runners-up medals, which shows how dominant and consistent they have been since their first win in 2012.

Outside of the league trophies, the club has been able to win 6 FA Cup titles as well. These have spanned from as early as 1904 un to their most recent in 2019. Given how successful their league form has been, prior to 2019 they had never been able to win both the FA Cup and the league title in the same season.

The club’s seen much more recent success in the form of the League Cup, which they have won 6 times in total. 4 of these wins have come from 2014 onwards, including 2016, 2018 and 2019, winning a trophy back to back for the first time in the club’s history. 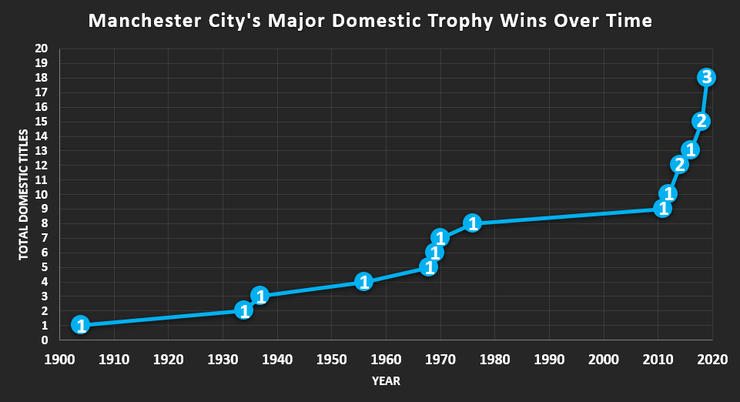 On top of all this, domestically they have also won the Charity Shield 5 times and 7 second divison titles as well.

Outside of the domestic competitions, the club haven’t had the most illustrious of runs when it comes to Europe. Especially when you compare this to their rivals, Liverpool and Manchester United.

Their best finish in the Champions League came in 2016 when they reached the semi final, before eventually being beaten by Real Madrid from just a single goal over 2 legs. The clubs only European success has come in the form of the UEFA Cup Winners’ Cup, which they won back in 1970.

Whilst the club’s history is a little shorter in terms of success compared with some of the Big Six, there is little doubt that Man City will be rewriting their history over the coming decades. The money that has been invested over the last 10 years or so has been massive, with a total spend topping £1.5 billion, some £280 million more than Chelsea in second.

Providing the money doesn’t run out, then City are likely going to be the team to watch over the next decade and could dominate like many of their rivals have in parts already. 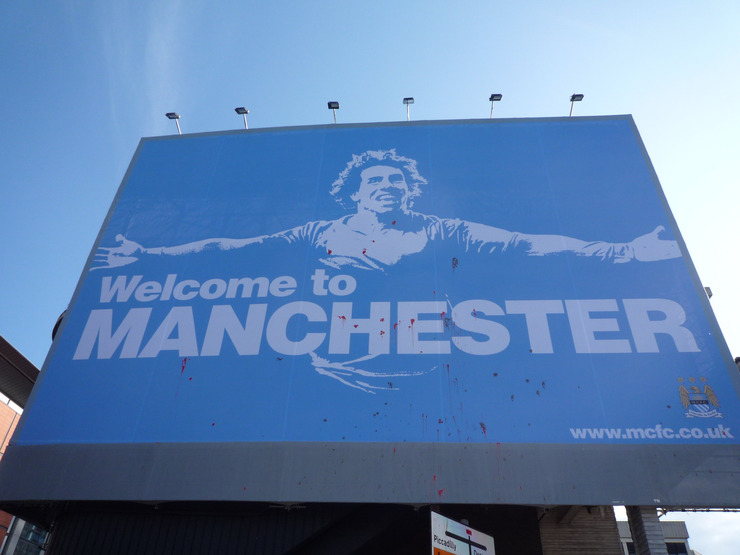 Man City’s main rivals come in the form of their neighbours, Manchester United. The derby has been played out since 1881 and is widely regarded as one of the fiercest in the English game. This is mainly down to the fact that there is just 4 miles between the two grounds.

But, for many years the rivalry between the two teams wasn’t all that strong. United fans would probably argue now that Liverpool was a bigger game for them as it was more competitive. City have gone on baron runs in the past with no derby wins in over 10 years. However, the recent success of the two teams has meant they are far more competitive than they used to be and the rivalry has definitely sparked again.