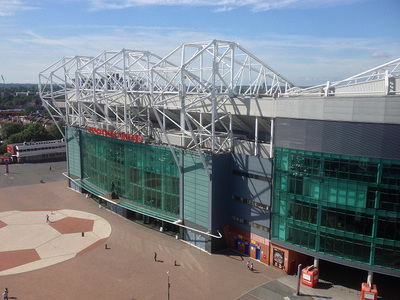 Love them or hate them, there can be few that would argue against us when we say that Manchester United are the most successful English team of all time. They’ve won over 50 trophies over the years and have been a dominant force throughout the Premier League era.

The club was one of the original members of the Big Four and whilst their dominance has relinquished somewhat, they are still widely viewed as one of the best in the Big Six.

A huge amount of the clubs more recent success has been down to that of Sir Alex Ferguson. It’s been Ferguson who transformed the club from underachievers to one of the most successful club teams of all time. He managed to haul in 38 trophies in his time at the club, more than any other manager in the history of top flight English football.

As a result of their success on the field, their success off the field has been just as impressive. They are ranked 3rd in the list of highest revenue makers with €666million in 2019 alone and often jostles for top spot with the likes of Real Madrid and Barcelona on a regular basis. Whilst revenue numbers are impressive, the fact that they are valued at £3.1billion makes them the world’s most valuable football club.

The financial wealth and the on-field success make them one of the most supported clubs in the world. When it comes to global appeal, they are by far the biggest of the Big Six and will likely remain as such for many years to come given the foundations that have already been laid.

The stats that Manchester United have ben able to rack up over the years has been impressive to say the least. Even as we sit here going through all our research for this article, it’s pretty staggering to see what they have achieved. It also makes us wonder if any club will ever be able to reach the same heights that United have.

Our first port of call has to be with their Premier League or top flight (Division 1) titles. In total they have won 20, with 13 coming in the Premier League era. What’s probably most interesting about this is that from 1967 to 1992 the club had failed to win any top flight league titles at all.

The year of 1992 was iconic for the club as from this it nurtured the “Class of ‘92” which included the likes of David Beckham, Ryan Giggs, Gary Neville, Nicky Butt, Paul Scholes and Phil Neville. This started the trend for one of the clubs most successful times and in turn, has seen all of these players immortalised as some of the best to have played for the club, obviously all under the guidance of Sir Alex Ferguson.

However, upon Fergusons retirement in 2013, the club have failed to reach the heights and the standards that he once set. They’ve gone through multiple managers including David Moyes, Luis van Gaal and Jose Mourinho, but none have been able to win the league in any of their stints at the club, proving just how impressive Ferguson’s wins were.

United have also been able to see great success in domestic cup competitions as well. They have won the FA Cup 12 times, with the latest coming 2016 and also the League Cup 5 times with the latest victory in that coming in 2017. They also hold the record for the most Community shield victories, with 21 in total, ranging from 1908 through to 2016.

Whilst domestically United have been dominant in both league and cup, you could argue that they haven’t been able to recreate the same dominance across Europe. They’ve been able to win the Champions League on three occasion, with the fist being in 1968 (European Cup), then in 1999 and most recently in 2008. The 1999 final will always go down as one of the most memorable games of football ever, mainly because United were 1-0 down going into the last few minutes of the game against Bayern Munich and managed to score two goals late on to win the match sparking incredible scenes on the pitch and within the stands.

Other notable European success has included the UEFA Cup Winners’ Cup, UEFA Europa League and the European Super Cup. On top of that they have also won the Intercontinental Cup and the FIFA Club World Cup to add to their ever-impressive trophy cabinet.

There are two main rivals that United have and these come in the form of Liverpool and Manchester City. The Liverpool rivalry has sprung not just on location, but more for the fact that both teams have seen huge success.

You see, Liverpool were the team that dominated the 70’s and the 80’s, but it was United’s turn to dominate the 90’s and 00’s, which at the time saw a Liverpool team in decline as a result.

The United v City derby is one based purely on location. It’s a game that get bragging rights in the city of Manchester. Although the teams have been worlds apart in terms of success for long periods of time, the resurgence of City over the last decade or so has increased the spark in these games as they are much more competitive than they ever used to be.

Outside of the Big Six, United do have one of particularly fierce rivalry that has been running with Leeds United. This is often referred to as the “War of the Roses”, with United representing the Red Rose of Lancashire and Leeds representing the White Rose of Yorkshire.

The rivalry between the two teams peaked in the 70’s and gangs from both sets of fans would arrange meetup destinations outside of the city so they could fight. The two most notorious firms for both were the Leeds United service Crew and Manchester United’s Red Army, who would regularly meet for fights.

Even though the teams have had very different paths over the last decade or so, they are still ranked between both sets of supporters as one of the fiercest rivalries.