The European Championships, often referred to simply as the ‘Euros’, is one of the elite international football tournaments in the world.

Devised and hosted by the European football governing body, UEFA, the tournament is rivalled only by the lies of the World Cup and the Copa America, in terms of importance within the game.

The tournament is held every 4 years and includes a 2-year gap between that and the World Cup. It’s run throughout the summer months, usually between June and July, lasting around 4 weeks in total. But, qualifying starts much earlier that, of which we will talk about later in this article.

What happens in most tournaments is that there will be a host assigned and then all games are played within that country. There have been times where countries would co-host a tournament, such as 2000 with Belgium and Netherlands, 2008 with Austria and Switzerland and most recently, 2012, with Poland and Ukraine. By co-hosting it means that countries are able to offer a better range of facilities and stadiums spread across 2 countries, rather than one, meaning less money needs to be spent on improving infrastructure.

But, in 2020 (in 2021) UEFA have decided to do something completely unique. They have scrapped the idea of 1 or 2 countries hosting the tournament, instead favouring to host in in no fewer than 12 countries. The concept is so that more people around Europe get to see the best games in the continent.

Each country has had to dedicate a city to the event and all games will be played in this city and the same stadium. The event is hosted like to celebrate 60 years the European Championships and whilst stated is as a one off, could be implemented more often should it work out be successful.

Ireland’s Aviva Stadium was due to host three Group E matches but those games were switched to Saint Petersburg meaning 11 cities would now hold matches.

Each country is given a number of games from certain rounds, where were distributed via a bidding process. Two stadiums bided on hosting the semi-final and finals, with Wembley of England winning that process and earning all three games, plus some group games as well.

As you can imagine, the prize money on offer is quite lucrative, especially for lower ranked nations that may not have particularly huge budgets to start with. Each nation that qualifies for the tournament proper gets a purse of €9.25 million. Then, the money is broken down, depending on where the team is eliminated in the tournament:

Given that the there is money distributed throughout the tournament, the maximum that can be earned by the winner €34 million, assuming they win all their group games. 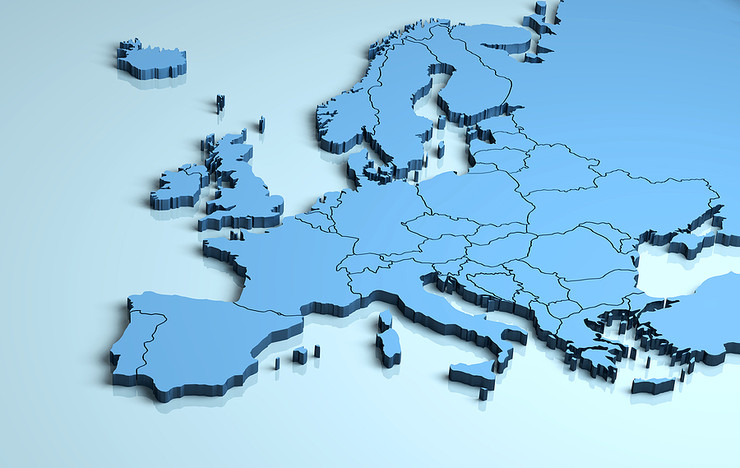 The tournament proper includes 24 teams and from that only 1 team automatically qualify, being that of the host. The qualifying stage actually includes 55 nations, who have to play through a group stage to make it. Qualification starts the following autumn from the World Cup and takes almost 2 years to complete the full allocated group rounds and then knockout rounds.

Groups are worked out on a seeding basis. Seeds are usually worked out based on previous finishes within the European Championships and also finishes in the previous World Cup. One myth that many people go on is official FIFA World Rankings, which actually has nothing to do with this seeding process, although will likely work out to not to be too far away in terms of ranking.

The ranking is worked out on average points per game from the previous World Cup and Euro’s, which includes qualifying process. The higher the number, the better a team is going to rank.

Once the teams are ranked, they then get drawn out in 9 groups; 6 with sic teams and 3 with 5 teams. The groups are essentially mini-leagues, where each team played each both home and away. Usual points are scored, with 3 for a win, 1 for a draw and zero for a loss.

The winners of each group and second place team will automatically progress, before play offs between the remaining third-place teams will form the final tournament structure of 24.

The 2020 Euros will see the effect of the UEFA Nations League for the first time. The format has been set up in order to make friendly international matches more competitive. The 55 nations within UEFA will be distributed into 4 leagues based on rankings. With those leagues four groups will be formed, containing 3 or 4 teams.

They play each other both home and away, with the winners progressing to the Nations League finals. Each group winner will take a spot in the semi-final for their league, before then playing off to the final and then the overall winner for that league. The winner of the league will then be granted a place within the next European Championships.

Once all 24 teams have been named and earned their spot, the finals can begin. For this the nations are split up into 6 groups of 4 teams. Each team will play each other just once, with usual points allocation being on offer, of 3 points for a win, 1 for a draw and 0 for a loss.

In terms of top goalscorers in the tournament’s history, one player sits clearly at the top in the form of Cristiano Ronaldo with 14 goals. He is ahead of Michel Platini, with 9 goals.

But, what’s probably most impressive is that Platini only ever played in 1 tournament for France, coming in 1984, where he scored all 9 of his goals. His goals per game ratio of 1.80 is notably higher than anyone else in the list, in fact there is only one other player with a better that a goal per game ration, which is Savo Milosevic. 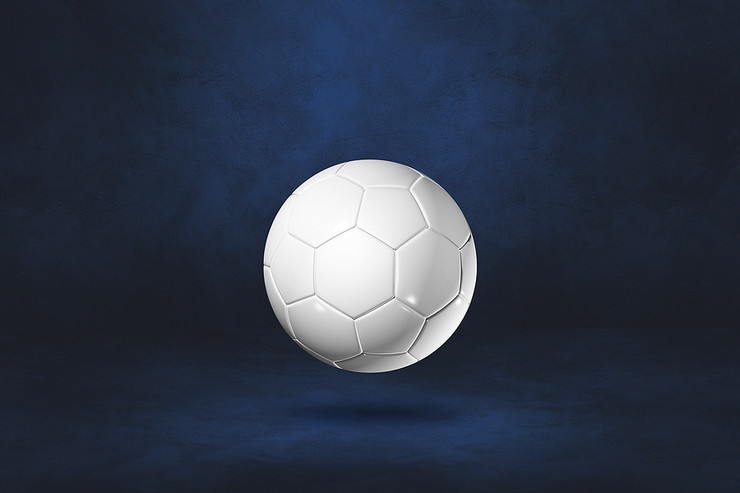 It was the French Football Federation that first came up with the idea to have a football tournament hosted by only countries within Europe. It was to run alongside the already established World Cup. The first talks came about in 1927, but it wasn’t until 1958 when the tournament was first started.

The tournament was the brainchild of Henri Delaunay, who was the French secretary-general at the time. However, Delaunay died some 3 years before the first European Championships. In his memory, the trophy was named after him, paying respects to the work he’d put in over the course of almost 30 years panning the event.

The first tournament was played in France, who hosted the event in 1960. There were 4 teams in total that entered, and it was the Soviet Union who eventually won the tournament, beating Yugoslavia 2-1.

The tournaments success saw the number of teams trying to qualify increase. By 1980 it was agreed that the expansion to 8 teams would take place, with West Germany coming out on top. Since then 2 more expansions have taken place; in 1996 it increased to 16 teams and in 2016 it increased again to 24 teams in total.

Born in 1883, Delaunay is one of the most influential men within the European competition. He started life as a referee and ultimately gave up his role after indivertibly swallowing a whistle after being hit in a game.

His role within the French Football Federation started in 1905 and it was he who was the driving force behind the European Championships. But, Delaunay had a influential role within FIFA as well, alongside non other than Jules Rimet (who the World Cup trophy is named after).

In 1984 France hosted the championships for the second time, following their first hosting in 1960. They went on to win their first tournament in the same year as well, mainly down to the scoring prowess of Michel Platini.

Platini scored 9 goals in the tournament and the number of goals still stands today as the record number for a single player within the championships. What’s probably most impressive is that Platini only payed in 5 games to score his 9 goals, averaging 1.80 goals per game.

In fact, he is still joint top goalscorer of all time (cumulative), alongside Portugal’s Cristiano Ronaldo. To put his record into perspective, Ronaldo has played more than 4 times as many matches, averaging 0.43 goals per game.

Platini only played in one European Championships, but later went on to become president of UEFA. However, in 2015 he was removed from his potion and banned from football administration due to a conflict of interest deemed by the FIFA Ethics Committee.

The Dutch team that went on to win the 1988 European championships will forever go down as one of the best in the history of the tournament.

The side was led by that of Marco van Basten, who scored 5 goals in the tournament. But, the team also included the likes of Wim Kleft, Ronald Koeman, Frank Rijkaard and Ruud Guillit, to name just a few.

Netherlands went on to beat West Germany in the semi-final 2-1, with a late winner from van Basten, before going on to relatively comfortable 2-0 over the Soviet Union in the final.

Euro ’96 was the first time that England were hosting the tournament, and the nation turned out in the droves as football fever took over. England had a pretty poor record in the tournament up to that point, with a third-place finish in 1968 being their best result to date.

They had some memorable wins in the completion, with a 2-0 win over Scotland and 4-1 win over a hotly fancied Netherlands team in the group stage. The goal Paul Gascoigne scored against Scotland is widely regarded as one of the best England goals of all time.

The quarter-finals saw them get past Spain on a penalty shootout, before then facing bitter rivals Germany in semi-finals. The game finished 1-1 after normal and extra time, before England eventually lost out 6-5 on penalties.

Whilst the tournament ended in heartbreak, the finish is still England’s best run in a European championship.

The Spanish team between 2008 and 2012 were widely regarded as one of the best international squads of all time. Not only did they win both European Championships, but in 2010 they also won the World Cup.

The team had an abundance of talent on offer, with the likes of David Villa, Fernando Torres, Iker Casillas, Carlos Puyol, Andres Iniesta and Xavi, to name just a few. What’s most impressive is that throughout both the 2008 and 2012 campaigns, they lost no games in the group stage and drew only 1, with 11 wins from a possible 12, a feat that has never been matches at the European Championships. They were also the first team to win back to back tournaments.