The Alfred Dunhill Championships is one of four European Tour events held in South Africa alongside the Joburg Open, South African Open and the Nedbank Golf Challenge, all of which are co-sanctioned with the Sunshine Tour.

This is not to be confused with the Alfred Dunhill Links Championships, also a European Tour fixture, which is played in Scotland at St Andrews, Carnoustie and Kingsbarns.

Luxury goods maker Dunhill originally sponsored the South African PGA Championship switching their backing to this tournament when it was created in 2000. The early Alfred Dunhill Championships were held at the Houghton Golf Club in Johannesburg before moving 400km east to the Leopard Creek Country Club in Malelane in 2004.

Leopard Creek lies just outside the Kruger National Park, on the south bank of Crocodile River. The owner of the course is South African billionaire Johann Rupert, the Dunhill brand is part of Rupert’s Richemont Group.

There have been six South African winners of the Alfred Dunhill Championships, including Ernie Els and four-time winner Charl Schwartzel.

* Due to a change in schedule there were two tournaments in 2004. One in January and one in December.

Among all the stunning locations that the European Tour visits over the course of a season, Leopard Creek stands out as something truly special. Set on the outskirts of the Kruger National Park, the 7,249 yard, par 72 layout has been the sole host of the Alfred Dunhill Championship since 2005. The local wildlife will play a significant role on the TV coverage this week just as the local weather will play a significant role in the way the course plays.

The start of the week saw temperatures pushing 40°C. Thankfully for the players, the sun won’t be quite so oppressive during the tournament itself but the early baking will ensure the fairways run firm and fast. That has been the order of the day since the Kikuyu grass on the fairways and rough was replaced by Bermudagrass in the wholesale renovation work of 2017.

The greens have also been faster since 2017 and will run as fast as 12 on the Stimpmeter this week. That ensures that putting is a key skill when it comes to deciding the eventual winner. The other key is total strokes gained from tee to green. Although hitting the fairways is difficult given the speed of the surface, it is important to play well off the tee and then follow that up with top class approach shots.

About the Alfred Dunhill Championship

The Alfred Dunhill Championship is one of the biggest and most prestigious tournaments on the Sunshine Tour. The Sunshine Tour is predominantly played in South Africa, with players from that country dominating, although tournaments are also held in other southern African nations, such as Zambia, Zimbabwe, Eswatini (formerly Swaziland) and further north in Kenya.

The Alfred Dunhill Championship, in common with the Sunshine Tour’s other flagship events, is co-sanctioned by the European Tour. In 2016 it was the number one Sunshine event in terms of ranking points, sharing that honour with the South African Open. By European or US standards it isn’t the most lucrative tournament around, with a purse of “just” €1.5m in 2019. Even so, over the years some really top class players have won this tournament, as we can see below.

It was first held in 2000, although the inaugural edition was reduced to just 54 holes due to rain, with unheralded English golfer Anthony Wall winning the title. Since then some truly world class players have won the Alfred Dunhill Championship.

As the table above indicates, this is very much a tournament that Charl Schwartzel has enjoyed. Following the 2019 edition of this event at the end of December, Schwartzel was one of just two men to have claimed victory here more than once. His four titles puts him well clear of Spain’s Pablo Martin, who defended in 2010 the title he had won a year previously.

Schwartzel’s domination of this event is even more apparent when we consider that he finished second in 2005, 2006, 2009 and 2010. The man from Johannesburg is clearly one to consider when picking your bets for this event.

In recent years Spaniards have also thrived, helped of course by Martin’s double. Pablo Larrazabal and Alvaro Quiros have also won, meaning Spanish golfers have claimed glory in four of the 13 tournaments up to 2019 at an event largely dominated by home players.

This competition should not be confused with the very similarly named European Tour event played in Scotland, the Alfred Dunhill Links Championship. It has the same sponsor and is a golf tournament but that’s pretty much where the similarities end (although South African player Brandon Grace won in Scotland in 2012 and here in 2014).

However, after the 1999 edition of the PGA, the sponsors decided they wanted to create a new tournament and so the Alfred Dunhill Championship was created. Johannesburg hosted the inaugural event, with Houghton Golf Club doing the honours, and much to the chagrin of the organisers of the South African PGA Championship the new upstart was the one that was part of the European Tour.

And the 2004 Winner is… Marcel Siem… and Charl Schwartzel

More confusion would follow just a few years later as a scheduling shift to the back end of the year meant 2004 saw two editions of the Alfred Dunhill Championship. German Siem won the first in January, which was part of the 2003-4 Sunshine Tour season and the 2004 European campaign. Home favourite and tournament-dominator Schwartzel won the second, in December, counting as a 2004-5 Sunshine success and a 2005 European Tour victory. Keeping up?

Siem won at Houghton but the event moved to the Gary Player-designed Leopard Creek Country Club following that. This new host, not too far from Kruger National Park, has hosted the championship ever since and is popular with players, ranked one of the best courses in the world. The island green on the 18th makes for a spectacular finish and, being a par five, late drama and birdies are always a possibility. 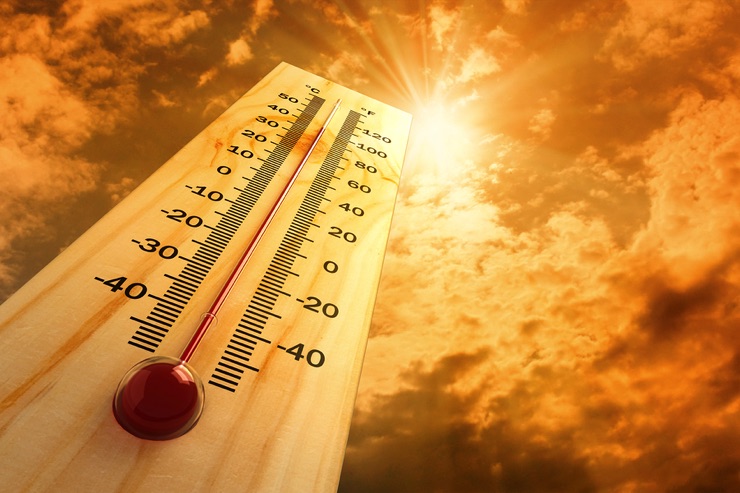 The weather in this part of South Africa is hot and humid and in December the temperature rarely drops below 20 degrees Celsius, with afternoon temperatures typically over 30 and highs of 40 degrees not uncommon. This may explain the success of local players and also Spaniards but in 2016 especially hot weather meant players were allowed to wear shorts.

Reportedly this was the first time ever that pros had been able to wear short trousers and Ernie Else tweeted at the time that it might provide some relief for his European colleagues. The final results suggest otherwise though, as it was a South Africa one-two, with Brandon Stone shooting 21 under par to win by six shots from his countryman Richard Sterne.

Where Have the Play-Offs Gone?

Both the 2004 editions of this flagship event were decided by a play-off, as was the 2003 tournament when England’s Mark Foster triumphed (in a six-man shootout!). Since that three in a row, though, we have not seen extra holes required in the 14 tournaments since (for anyone checking the maths there, note there was no tournament in 2017 as the course was being renovated). There have been a number of close and exciting finishes though, with one shot often enough to separate first from first loser, including in 2019, 2009, 2008, 2007 and 2006.

It is fitting that the man that has won this event twice as often as anybody else also holds a number of other tournament records. 2011 US Masters champion Charl Schwartzel shot the lowest aggregate score and lowest score to par in the history of this event in 2012 with a 24 under par score of 264.

That low score ensured he secured a record victory too, with little-known Swede Kristoffer Broberg the best of the rest. Broberg was a massive 12 shots back though as the home hero and course specialist played exhibition golf. Schwartzel must have felt pretty confident coming into this tournament though given he won by a whopping 11 shots the week before! That’s what we call a hot bit of form and his four rounds here meant he was an incredible 84 under cumulatively for his last five events.