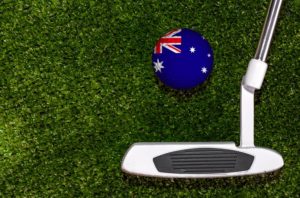 The Australian PGA Championship was established in 1929 and is a golf tournament held in December, usually in the Queensland area on the country’s west coast.

The Australian PGA Championship has developed a reputation as a friendly event for punters with the majority of recent winners coming from the top few positions in the betting. There is a good reason for this. it is the biggest tournament of all on the PGA Tour of Australasia and has been co-sanctioned by the European Tour since 2015. That attracts star names who otherwise play on the PGA or European Tours Down Under, and they tend to exhibit their star quality.

The timing of the Australian PGA Championship is both a blessing and a curse. On the positive front, it takes place while the PGA Tour is on its winter break and the European Tour is in full-on globe-trotting mode. That allows for players to travel to Australia without missing out on any other big events. The flip side is that this is the time of the year that most of the world’s best golfers dedicate to rest.

The 2021 & 2022 editions of this prestigious event are scheduled to be played at Royal Queensland Golf Club, just outside the centre of Brisbane. The course has also hosted the Australian PGA in 2000 and 2001. Prior to that it had been played at the Gold Coast’s Royal Pines Resort from 2013 for seven years.

This is a championship that has really moved about and whilst it seems to have found a home in Queensland, for now at least, it has previously been held in Victoria, New South Wales, Australian Capital Territory (ACT), Western Australia, South Australia and, for one year only, in Tasmania. The Tasmanian capital Hobart held the contest in 1948 and is one of 35 host venues that have been used, making the Australian PGA one of the most nomadic events around.

Royal Sydney and Royal Melbourne have been frequently used, the latter hosting this tournament more times than any other course. However, the last of the 14 of those was back in 1983, with Royal Sydney last doing the honours in 1983. Since the millennium it has always been played in Queensland.

The big challenge for the players competing at Royal Pines was dealing with the firm and fast conditions, with the ball trundling down the fairways and taking big bounces on the greens. That negated the advantage that big hitters usually enjoy and puts the ball in the court of those in the field who are capable of controlling their ball.

Players find it tough to hold the greens but the challenge of Royal Pines doesn’t stop with approach shots. The fast greens can be very tricky to read. Those who prefer a bit of aggression with their putting, hitting the ball firmly towards the hole, will find many putts roll beyond a comfortable distance for their return putt but players who take a more defensive approach may have a difficult time hitting the right lines.

About the Australian PGA Championship 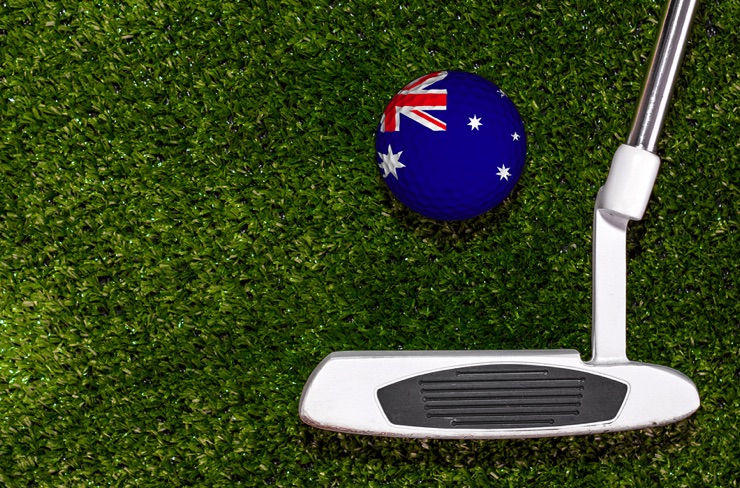 There are many “PGA Championships” played around the world and Australia’s is one with lots of history. First played way back in 1905, Scottish golfer Dan Soutar won the first three editions and claimed a fourth victory in 1910. As one might expect with a tournament that dates back to the earliest years of the 20th century there have been many changes and much exciting golf over the years.

This has long been the most important tournament in Australian golf and players compete for the Kirkwood Cup, the oldest prize in the game Down Under. It is part of the PGA Tour of Australasia but since 2015 has gained a great deal more prestige through being co-sanctioned by the European Tour as well.

As of the 2020 edition there is a very decent AUD $1.5m up for grabs and the winner is decided via a standard 72-hole stroke play tournament with a two-round cut that sees the best 65 players and ties make the weekend. So far so normal.

However things have not always been this way and this tournament began life more than 100 years ago as a match play event. The first four editions were certainly contested this way and then there seems to be something of a historical black hole. The tournament’s own website lists Carnegie Clark as the winner in 1909 but says the score was “unknown”, whilst the following two tournaments were seemingly played over 72 holes stroke play, with winning scores of 150 and 154 listed.

1912 is recorded as “Unknown results”, 1913 as another “unknown” win for Carnegie Clark and then there was no championship between 1914 and 1919 inclusive due to the war. More confusion follows, with 1920 showing “Unknown results”, and 1921 as an “unknown” success for Arthur Le Fevre… were the officials not paying attention or something?

1940 to 1945 and the Second World War aside, normal service seems to have been resumed, with the Australian PGA being played as a match play tournament between 1922 and 1963 inclusive. Since 1964 this flagship event has been played as a stroke play event, the only exception being 1973 when the brilliantly named Randall Vines won a match play championship at the even more brilliantly named Bonnie Doon GC in Sydney.

Unsurprisingly home players make up the bulk of the field. Since gaining recognition from the European Tour more international players have featured but the list of winners is very much a who’s who of Australian golf.

Scot Dan Soutar won the last of his four titles in 1910 and between 1911 and 1978 there were just four non-Aussie champions. In the entire history of the event very few players from outside the host country have won this event and they can be seen in the table below:

In terms of the home players, just about all the greatest Australian golfers have won this important tournament at least once. 1960 Open victor Kel Nagle has won it more times than anybody else, taking six titles over both match play and stroke play formats. Perhaps his best victory was his last and came in 1968 when he beat the great Jack Nicklaus into second place by a whopping six strokes.

Peter Thomson, the only man in the modern era of the game to have won the Open Championship three years in a row (from 1954 to 1956) won this tournament in 1967. Graham Marsh, Greg Norman (twice), Wayne Grady, Brett Ogle, Craig Parry, another Open champion in Ian Baker-Finch, Robert Allenby (four times), Peter Senior (thrice), Adam Scott (twice) and Cameron Smith (twice) are just some of the superb golfers from Down Under to have done the business on home soil.

Before the tournament starts, a play-off can usually be backed at odds somewhere around the 3/1 mark and that might not be a bad bet in this event. In 2010, Peter Senior beat Geoff Ogilvy in a play-off (Ogilvy is actually one of the few top notch Australian players of recent times not to have won this tournament and was also runner-up in 2001). A play-off was also needed in 2011, 2014, 2015 and 2017, meaning extra holes were needed five times in 10 years.