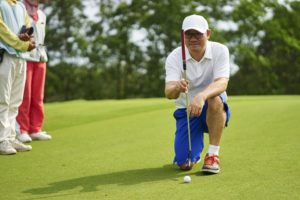 The China Open is a golf tournament which has been part of the European Tour since 2004. The China Open was established in 1995 when it was played at the Beijing International course as part of the Asian Golf Circuit. The current host course is Genzon Golf Club in Shenzen, just to the north of Hong Kong.

Winners of the China Open have originated from all over the globe but the only player to win the event more than once is Frenchman Alexander Levy who was victorious in 2014 and 2017.

In 2020 Zhang Jienalin became the first female player to compete in the China Open though she narrowly missed the cut by two shots.

The Volvo China Open looked to have a long term home in Topwin Golf and Country Club but the event organisers made the decision to move the event from the outskirts of Beijing to Genzon Golf Club by the border with Hong Kong. Genzon is a well-regarded golf club which has hosted this and other European Tour events.

Neil Haworth was very happy with his design of Genzon Golf Club when it opened in 1995 but he was drafted in to make renovations to the course 13 years later. That 2008 work was mostly about refinement and it has resulted in one of the best courses in the Far East.

Haworth did a great job of ensuring that the 7,145 yard layout could not simply be overpowered with the very smart use of hazards including Dragon Lake around which the course is set. Longer hitters can still use their distance at times but strategy is vital around Genzon. Scoring tends to be easier towards the start of both nines whilst the closing holes are more difficult which only adds to the strategic challenge – and excitement.

As well as its previous hosting duties for the China Open, Genzon Golf Club hosted the Shenzhen International for three years so any of those players who are in the field here will already know what it takes to score well at this track. For power hitters the key is making the most of the par fives, for more accurate types it’s all about setting up birdie chances with top class approach play. The other thing to note is the importance of putting across the board.

About the Volvo China Open 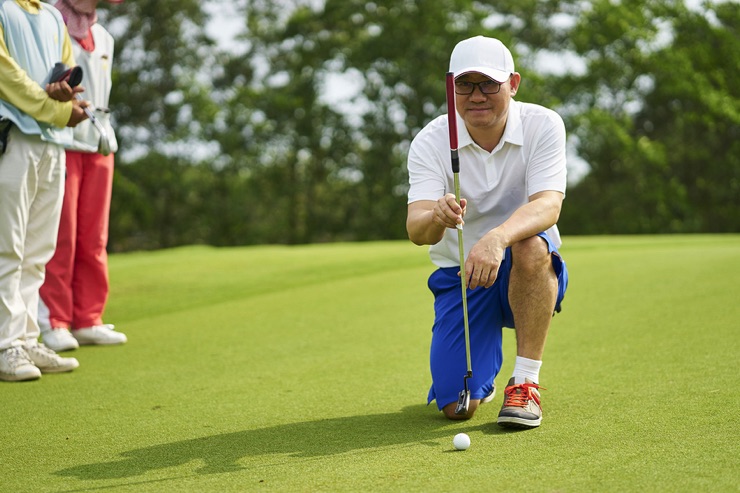 The Volvo China Open takes place annually on the European Tour. The first edition was back in 1995, which was won by Paraguayan Raul Fretes at Beijing International Golf Club. Since 2004, the China Open has been co-sanctioned by the European Tour and Volvo has been the event’s only corporate sponsor.

Whilst the sponsor has remained constant, the venue has moved many times. The 2019 Volvo China Open took place at Genzon Golf Club, a stunning layout amidst lakes and forests in the Longgang district. Prior to that, the tournament was held at Topwin Golf and Country Club for three successive years. The likes of Binhai Lake Golf Club, Beijing CBD International Golf Club and Shanghai Silport Golf Club have all hosted the event. On the 14th February 2020, that year’s edition of the tournament, scheduled for the 23-26 April, once again at Genzon, was postponed due to the outbreak of Covid-19 and no new date has yet been put forward.

England’s Ed Fryatt made history by becoming the first British winner of the China Open in 1998, four years after turning professional. The Rochdale-born man picked up a superb victory in Shanghai, bagging £265,000 in prize money in the process.

Fryatt – who was born in England but moved to the US as a young child – beat Takeshi Ohyama by 2 strokes at Shanghai Sunlsland International Golf Club. Somewhat surprisingly, only three Englishmen have won the China Open, with two of those coming in the days before it was a European Tour event.

Paul Casey is the only man from England to win the China Open while the competition has been a European Tour event. After Welsh wizard Stephen Dodd won in 2004, it was Casey’s time to shine a year later, beating fellow countryman Oliver Wilson in a playoff. In 2008, Irishman Damien McGrane became the first and only Irish winner of the China Open.

After securing his first European Tour victory, the Belgian said, “I have been waiting a long time for this and I am pleased that I won in such a good way. A lot of people expected me to win a lot of events, but it has not been easy.” Since then, Colsaerts has won the 2012 Volvo World Match Play Championship as well as the 2019 Amundi Open de France.

Since the first China Open back in 1995, there have only been four Chinese winners. The first of those was in 1997, when Cheng Jun won by 5 strokes at Beijing International Golf Club. Six years later, Zhang Lian-wei prevailed in the 2003 China Open.

In the European Tour era, we have seen just two home winners. In 2015, Wu Ashun reigned supreme, with Li Haotong keeping the trophy in China by coming out on top a year later. Haotong, the only Chinese player ranked in the world’s top 100 at the time of writing is the last home grown star to win the Volvo China Open.

He hit a superb last round of 64 (eight under par) to equal the best round of the week at the 2016 China Open. Six years prior to his memorable victory in 2016, Haotong won the Volvo China junior event.

At 38-years-old, Finland’s Mikko Korhonen became the oldest winner of the China Open when he picked up the trophy with a stunning victory in 2019. It was Korhonen’s second European Tour title after winning the Shot Clock Masters in Austria in 2018.

The Finn kept his cool in the Guangzhou pouring rain to beat Frenchman Benjamin Hebert in a playoff. Hebert had a 3-shot lead overnight, but Korhonen played exceptionally well in the final round at Genzon Golf Club to claw back the French ace. Mikko then did the business on the opening hole of the playoff to become the first Finish winner in China Open history.

Whilst it was more of a local event prize money was understandably low but in 2004 Wales’ Dodd took home a rather handy €127k. The prize money on offer grew quite quickly and in 2007, victor Markus Brier went home with almost €250,000. Since 2013 the overall prize pool has stood at 20 million renminbi (Chinese Yuan), meaning a very nice pay cheque for the winner in the region of €400,000.