The Dubai Desert Classic was the first European Tour event to be played on the Arabian Peninsula when it was inaugurated in 1989. Since then it has developed into one of the season’s key tournaments, with the prize fund of $8 million attracting a high-class field to the UAE.

Ordinarily, this is played the week following the Abu Dhabi Championship with the Abu Dhabi Golf Club around an hour’s drive from this tournament’s host course, the Emirates Golf Club.

The impressive list of recent winners here includes Bryson DeChambeau, Rory McIlroy, Tiger Woods and Henrik Stenson. No player has won this more often than 3-time winner Ernie Els with The Big Easy victorious in 1994, 2002 and 2005. 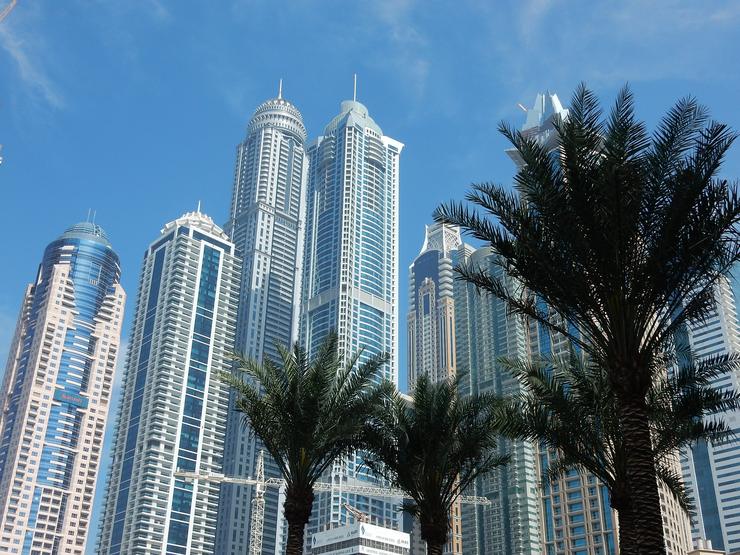 When you look at the list of winning scores at the Dubai Desert Classic, the 2020 renewal immediately stands out. Lucas Herbert and Christiaan Bezuidenhout made it into a playoff with a score of “just” -9. That is the first time in the history of this tournament that the winning score did not reach double digits under par, with 19 under the worst winning score between 2015 and 2019.

There is no doubt that the organisers at Emirates Golf Club made a concerted effort to toughen up the Majlis Course. Perhaps it was an experiment to see how difficult they could make this resort style course or maybe it was in direct response to the way Bryson DeChambeau took the layout and the field apart en route to a seven stroke victory in 2019, when the beefy American shot -24. Either way, everybody in the field will be wary about what awaits them at the Dubai Desert Classic.

It is important to note that the desert winds can be particularly challenging with the Majlis Course is exposed to the elements. Expect players who drive the ball a long way, hit a high percentage of greens in regulation and gain strokes on the field with their putter to challenge come the Sunday afternoon. We still expect a winning score of a much closer to 20 under here so opt for players with a proven ability to go really low.

About the Omega Dubai Desert Classic

Those involved in professional golf have been talking for a long time about the prospect of a global tour, one which combines the PGA Tour and European Tour. The latter tour has been a de facto global tour for many years now, hosting tournaments in far flung corners of the globe for over 30 years.

The Middle East is an incredibly important part of the world for the European Tour with five tournaments held in the area in the 2022 season. Dubai has long been a trendsetter in the Middle East when it comes to the worlds of tourism, transport and entertainment. It is fitting then that it was the first place in the Middle East to host a European Tour event in 1989 when the inaugural edition of the Omega Dubai Desert Classic took place.

The tournament, much like the Dubai skyline which provides the backdrop for the Majlis Course at Emirates Golf Club, has developed incredibly over the years. It regularly plays host to some of the biggest names in the sport (thanks in no small part to a healthy appearance fee budget used for PGA Tour stars) and has a prize fund worth $8 million, becoming part of the Tour’s Rolex Series in 2022.

As befitting Dubai’s reputation as a global hub, the Dubai Desert Classic has always been a tournament with a distinctly international feel. That much was clear right from the start in 1989 when the tournament then called the Karl Litten Desert Classic was won by the Englishman: Mark James.

James’s win started a run of four tournaments in a row which were won by golfers from different countries: Eammon Darcy from Ireland in 1990, Seve Ballesteros from Spain in 1992 and Wayne Westner from South Africa in 1993. South Africa became the first nation to have two Dubai Desert Classic winners when Ernie Els romped to victory by six strokes in 1994. 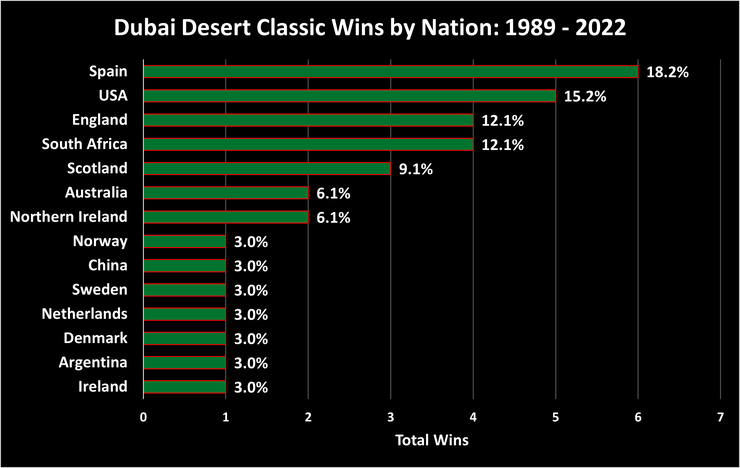 Els subsequently became the first player to win the event twice in 2002 before winning again in 2005. However, even Els who loves this event could not match Stephen Gallacher’s feat of winning back to back tournaments, something the Scot managed in 2013 and 2014.

Spain were the second country to register multiple winners of the Dubai Desert Classic in 1998 when Jose Maria Olazabal won and they have since gone on to be the most successful nation in the history of the tournament with six winners compared to the USA’s five and England and South Africa’s four as of 2022.

On the face of it, there isn’t much to link the Dubai Desert Classic with the Masters. There is, however, one link that every player who has yet to be fitted for one of those famous green jackets at Augusta National knows very well, namely that victory in Dubai preceded a first Masters success for both Danny Willett and Sergio Garcia.

Willett managed to hold off a spirited challenge from both Rafael Cabrera-Bello and Andy Sullivan at Emirates Golf Club in 2015 before taking advantage of Jordan Spieth’s infamous meltdown to win the Masters four months later. One year on and it was Garcia who followed up victory in the Dubai Desert Classic with his first Masters win, where he memorably came through an incredible dual with Justin Rose.

The form between the two tournaments holds up to closer scrutiny. For example, Rory McIlroy’s best ever finish at Augusta came in 2015, just months after he won the Dubai Desert Classic for the second time. Other players have followed up a strong showing at Emirates Golf Club in January with another good performance at Augusta in April even if they were unable to win.