The Mayakoba Golf Classic is a PGA Tour event which is played in Mexico, usually in November. This was the first regular PGA Tour event to be played outside of the USA or Canada.

Although it was widely welcomed by Mexican golf fans when introduced in 2007, few fans watched the action on TV as it ran as an alternate event alongside the WGC Matchplay. That all changed in 2013 when it became a fully fledged PGA Tour event, attracting stronger fields and much more support from fans.

The host course for this tournament is the Greg Norman designed El Camaleon Golf Club, which is located around 60km south of Cancun on Mexico’s Yucatan Peninsula. The course itself is just a stone’s throw from the Caribbean Sea, no doubt a factor in the event’s popularity with players and spectators alike. 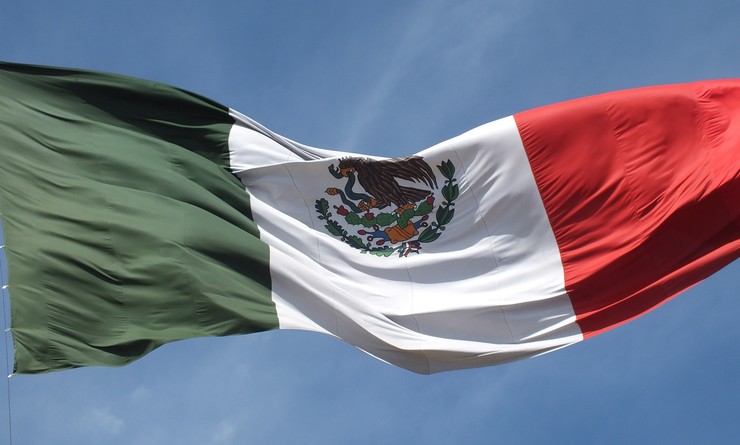 The Mayakoba Classic has been an ever present on the PGA Tour since its introduction in 2007. In all of that time the tournament has been held at El Camaleon Golf Club, a course which has developed a reputation for allowing many different types of golfer to win.

With recent winners including Brendon Todd, Matt Kuchar and Graeme McDowell it’s clear that power is by no means a prerequisite for success. Instead, it is all about approach play and putting at Playa del Carmen. Only the very best ball strikers will be able to separate themselves from the field in terms of strokes gained approaching the green here.

Ultimately, it should be the best putter of the best approach players who comes out on top on this 7,017 yard layout and we should see a winning score of at least -20 so there are going to be a lot of birdies.

About the Mayakoba Golf Classic

The Mayakoba Golf Classic – which is held at El Camaleon Golf Club in Playa del Carmen in Quintana Roo, Mexico – has been part of the PGA Tour since 2007. It was the first regular PGA Tour event to be held outside of the United States of America or Canada. The tournament has become a prestigious competition, with the world’s best players competing for the trophy each year.

The course at El Camaleon Golf Club, which has a length of 6,987 yards, can be tricky to navigate. Players seem to enjoy playing there in general though, with 2010 champion Cameron Beckman saying of the course, “I love the place. The layout is beautiful, the greens are awesome, and the course is challenging and fair.”

The inaugural tournament in 2007 was won by Fred Funk. Funk won eight PGA Tour titles during his career, with victory in Mexico being his last. A 50 year old Funk made history, becoming the oldest player to win on the tour in over three decades.

It was a thrilling event at Playa del Carmen, with Funk edging out South American Jose Coceres in a playoff. The Maryland man shot 14 under par to pick up the first Mayakoba Golf Classic and his last PGA Tour title.

Interestingly, not many of the world’s biggest players made the trip to Mexico for the first tournament, with Matt Kuchar being perhaps the biggest name that year. The likes of Boo Weekley, Bill Haas and Joe Ogilvie were present, but in general the inaugural Mayakoba Golf Classic wasn’t quite as glittering as it could have been in terms of the quality of the players in attendance.

American players have enjoyed unrivalled success in this tournament since it began. Quite astoundingly, 12 of the 13 Mayakoba Golf Classics up to and including the 2019 renewal (that was played in the 2020 PGA Tour season… more of which later!) have been won by Americans. After eight successive American winners, however, Northern Ireland ace Graeme McDowell broke the trend in 2015 (2016 season).

McDowell picked up his first PGA Tour event for two years, winning a playoff against American Jason Bohn and Scottish star Russell Knox. “I’ve been dreaming of this day and I said I was going to appreciate it when it came,” said McDowell following his memorable triumph in Mexico.

Kizzire got off to a blistering start, shooting a highly impressive score of 62 in his opening round. He couldn’t sustain that outstanding standard and managed only a one-under-par 70 in his second round. He bounced back a little in the third with a 66, then finished up with a decent enough score of 67. It could have gone either way in Mexico, but Kizzire held on to edge it, and thus secured a win on the PGA Tour for the first time. Fowler went on to finish just a single stroke behind. Two months later, Kizzire won the Sony Open in Hawaii, this time beating James Hahn in a playoff.

The 2019 version (yep, you’ve guessed it, on the PGA Tour 2020 season) was also a memorable tournament. Brendon Todd, Adam Long, Carlos Ortiz and Vaughn Taylor were all in with a shout of lifting the trophy in the latter stages with all having scored in the 60s for each of their opening three rounds.

When it came to the crunch, it was Todd (who had won the Bermuda Championship a couple of weeks before) who held his nerve to seal his third PGA Tour win. Pennsylvania-born Todd beat the other three by a single stroke at El Camaleon Golf Club, earning a handsome cheque for $1,296,000 in the process.

What’s in a Date?

The PGA Tour “year” does not follow a calendar year, and because the Mayakoba Golf Classic is played in the early part of the season; as such, since the 2013 event, the official year of each event (from the PGA Tour perspective) has actually been the following year.

So, the 2013 event took place in the 2014 PGA Tour season, the 2014 in the 2015 season and so on. The same system is in place for other early-season events, which is a minor headache for statisticians and historians, but it’s not something most fans need to be overly concerned about (although it could cause disputes in pub quizzes if a golf question isn’t worded explicitly!).