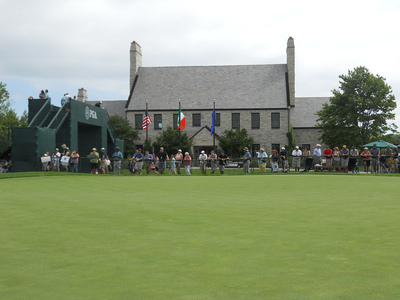 As one of the four majors in golf, the PGA Championship is without one of the pinnacles of the season for any golfer, with the top players competing for the famous Wanamaker trophy.

Organised by the PGA of America, the tournament is one of a number that is located at different courses each year and doesn’t have a ‘home course’, unlike for example the Masters at Augusta.

Whilst it could be argued that the tournament is the least prestigious of the four majors, the fact that is’ been running for over 100 years now has clearly cemented its place at golf’s top table as is likely to be for many more years to come.

About the PGA Championship 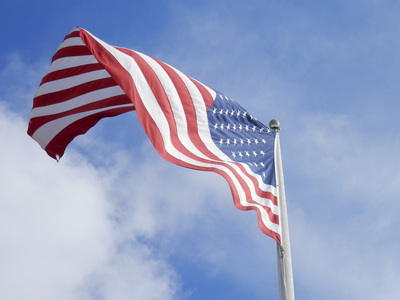 PGA stands for the Professional Golfers Association of America. The body is made up of 28,000 professionals based in and around America and with it have to maintain a high standard of both participation and growth.

There are14 districts that make up the panel, with several sections within those districts, all having their own head of development and growth. Golfers and students must go through a number of written and simulation exams before being granted their professional status, whilst maintaining these standards when it comes to either playing or teaching.

Their role in the PGA championships is essentially to select the courses in which will host the tournament and then make sure everything runs smoothly. We will expand on the selection process later in the article.

The format of the tournament is the same as that of any other PGA event. It’s run over 4 days and is a 72 hole stroke play event. The first two days will include the full field of around 156 players. After the second round the top 75 players and ties will be eligible to play in the weekend after what is known as the ‘cut’ takes place.

The weekend follows the strokeplay format and the remaining 36 holes are played out with the remainder of the field. The winner is deemed the player to have scored the lowest aggregate total over the course of the 72 holes.

If two or more players are tied, then a playoff will take place. The playoff for the PGA Championship is played over a 3-hole aggregate, where tied golfers play the 10th, 17th and then 18th scores. If players are still tied then they go back and play the 18th hole until a winner is found via a sudden death playoff.

The field, as stated is made up of 156 players. There are a number of ways in which players can qualify, including all former PGA Champions, winners of any of the other last 5 version of the majors, current senior PGA champion, top 70 players in the current PGA Tour money list and members of the most recent Ryder Cup team, to name but a few.

But, what’s unique about the PGA Championships is that they reserve 20 spots for PGA club professionals based around the US. Whilst technically still professional golfers, they are regarded as being at a lower level compared to that of the PGA Tour professionals in the field. The head professional for the host course is also invited to play, in what will often be the highlight of their career.

The prize money on offer is substantial with $12 million up for grabs. The winner will pick up a hefty cheque worth $2.16 million for their work for the week.

The number of courses that have hosted and are in contention to host are quite substantial with the PGA Championship. The majority of courses are based around the Mid-Atlantic (New York, Pittsburgh, New Jersey etc.) and the East North Central (Miami, Illinois, Ohio, etc.). Whilst tournaments have been played all over the US, the main reason is that due to the time of year when the PGA is played – mid-August – they can rely on the weather.

But, this changed in 2019 after a proposal had been passed which meant that the event will be brought forward and instead played in May. This means that they will have a wider range of courses to choose from based on climate and also will not be played at the start of the NFL football season, which has a negative effect on golf within the US once that’s up and running. 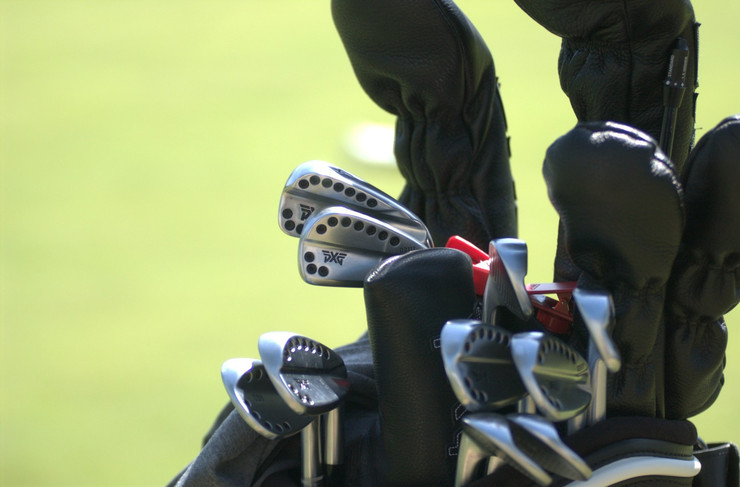 The two most successful players to have played the PGA Championships are Jack Nicklaus and Walter Hagen, with 5 wins a piece. Hagen dominated the 1920’s winning his 5 titles from 1921 to 1927. Nicklaus’ span was much wider, winning his first in 1963, picking up his fifth in 1980, some 17 years apart. Tiger Woods is next on the list with 4 wins to his name is the only likely candidate to catch either player within the next few years at least. Woods was also the last player to defend his title, doing so in 2006 and 2007.

In more recent times, the PGA has allowed for a new breed of golfing talent to get their name up in lights. The likes of Colin Morikawa, Justin Thomas, Jimmy Walker, Jason Day, and Jason Dufner are all first-time major winners. Rory McIlroy has manged to win the event twice, in 2012 and then 2 years later in 2014.

The lowest total in PGA history came in 2015, when Australian Jason Day ripped apart the Whistling Straits course, shooting a score of 20 under and winning by 3 shots over Jordan Spieth. Rory McIlroy’s victory at Kiawah Island Golf Resort in 2012 was the widest margin of victory, winning by 8 shots over second placed David Lynn.

Overall, the US have dominated this event, with 85 wins from 59 different players. To put that in perspective, the next best is Australia with 5 wins from 5 different players. Between 2008 and 2015 only 2 of the 8 winners were from the USA bit since then the US has seen 6 winners in a row showing that their dominance over the PGA Championships has returned.

Just prior to the turn of the 20th century, there were several golf tournaments that were played throughout the US. But, the tournaments were officially sanctioned by anyone and at the time were only for amateur players. On top of that, St Andrew’s, Scotland, conducted a similar tournament on their iconic Old Course, but this was for professional golfers.

The unrest about who’s tournament was the ‘official’ one, ultimately led to the formation of the USGA (United States Golf Association), who were the governing body for golf within the US. By 1916 the PGA was also formed, and it was their role to look after players in the professional game.

The tournament was set up by a number of leading professionals and also retail giant, Rodman Wanamaker. The first championship was held in 1916 at the Siwanoy Country Club in Bronxville, New York.

As a mark of respect to the late Rodman Wanamaker, the current trophy has now been named after him and is known as the Wanamaker Trophy.

Up until 1957 the tournament was played as a Matchplay event. But, due to lack of interest and even a loss of money in the 1957 tournament, the PGA got together and changed the format to strokeplay, falling in line with the other three majors at the time. 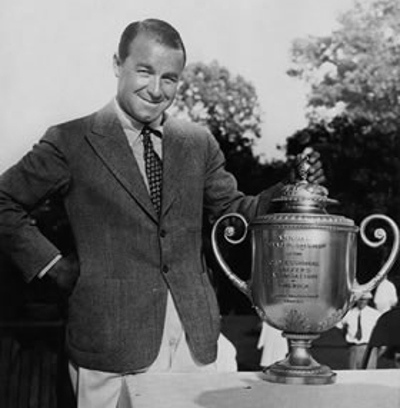 The battle between Walter Hagen and Gene Sarazen may have happened almost 100 years ago in what was just the sixth PGA Championship, but it’s still talked about today as one of the greatest battles in the history of the Championships.

Sarazen was the defending champion, and Hagen was the winner two years previous after skipping the 1922 tournament. They were all tied after the first round in the morning, taking 77 strokes a piece. With just two holes to play, Sarazen was 2 up on his opponent, but suffered back to back bogeys, taking the match into a play off.

The first extra hole was halved, when both players attempted the driveable par 4 in the second paly off hole. Hagen smoked a tee shot to just 20 feet, albeit in a bunker, when Sarazen had hit his into the rough and around 50 feet away. Hagen duffed his chip shot out of the bunker and Sarazen got up and down for his birdie to win his second consecutive PGA Championship. 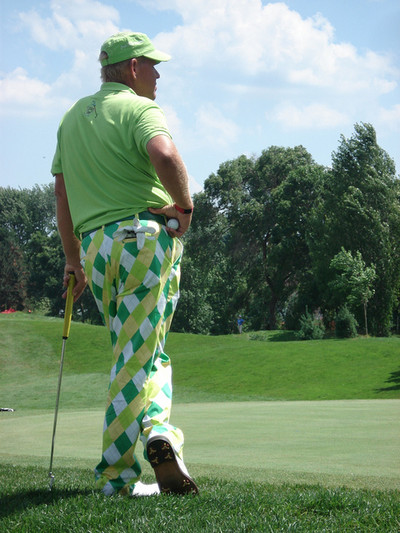 Rarely do Roy of the Rovers occurrences happen in sport, but that’s exactly what happened to John Daly in the 1991 PGA Championship. Just hours before the start of the first day, Daly was still 9th reserve to play in the event, with participation unlikely. But, after a string of dropouts, he got his chance to play.

Daly had a “grip it, and rip it” style, where he held nothing back with every swing. His unique backswing came almost past the starting point with the driver and the crowd simply lapped up his laid back attitude and immense golf game.

He started strongly, shooting 3 under in the opening round to find himself just 2 shots back from the leader. But, after a second round 67, he lead the tournament throughout the remainder and ended up winning comfortably by three shots over Bruce Lietzke.

Whilst many though his win would be a flash in the pan, Daly went on to secure his second major title in 1995, when he won The Open Championship. He finished with 18 pro victories in total and is enjoying a second career on the Senior Tour. 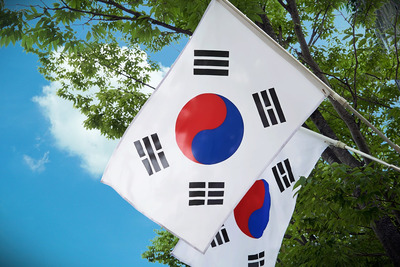 Whilst the Daly story was quite remarkable, the YE Yang story is right up there. By winning the 2009 PGA Championships, he not only became the first Asian player to win a golfing major, but he did it by beating one of the worlds greats in Tiger Woods.

Woods set out the taps in typical fashion, leading after the first rounds hooting a solid 67. A steady second round saw him extend his lead to 4 shots, with YE Yang some 6 shots back after finally getting into red figures at 1 under.

The third round wasn’t so smooth for Woods, and even though he shot a 1under par, the field had tightened in and YE Yang was just 2 shots back at this point.

On the final day, Yang shot a brilliant round of 70 (2 under), the equal low round of the day, where Woods could only manage a 3 over 75, giving Yang a 3-shot victory in one of the more unlikely PGA Championship victories.