The Players Championship is golf’s most valuable tournament and due to the event’s prestige, it is known as the unofficial ‘Fifth Major’. Unlike the Major Championships, this is organised only by the PGA Tour.

The first tournament took place in 1974, when it was played at the Atlanta Country Club. The winner of the inaugural Players Championship was Jack Nicklaus, who finished two shots clear of fellow American J.C. Snead. Nicklaus won two further Players Championships, a feat that has yet to be matched.

The next two events were played at Colonial Country Club and Inverrary Country Club respectively before moving to Sawgrass Country Club in Ponte Vedra Beach, which is just outside of Jacksonville in Florida, between 1977 and 1981. The Players moved to the neighbouring TPC Sawgrass in 1982, where it has remained ever since.

The Players Championship is often referred to as ‘the strongest field in golf’. Although it’s not sanctioned by any other body than the PGA Tour, it offers places to each of the top 50 golfers in the world and recent major champions so there is more of an international feel to the field than in your run of the mill PGA Tour event. That’s reflected in the list of recent winners with three of the last five (and six of the last 10) winners coming from outside of America.

As strong as the field is that competes for the Players Championship every year, there is only one real star of the show: the Stadium Course at TPC Sawgrass.

Famously, the land on which TPC Sawgrass was built was purchased by the PGA Tour for just one dollar in the 1970s. Even the most optimistic person involved in the Tour at that time could not imagine that one day one of the most revered golf courses in the world would stand on that land but that’s exactly what Pete and Alice Dye created.

The Stadium Course was innovative in that it was built to allow fans the best possible chance of seeing the golf. Raised viewing areas were crafted around greens to provide a genuine stadium feel. Then there’s the course itself, which is challenging and fair enough to provide tournament golf that is worthy of a stadium. Golf courses like this are few and far between.

The fact that Rory McIlroy finished just one shot ahead of 48 year old Jim Furyk back in 2019 tells you a lot about how balanced the challenge of the Stadium Course is. You had a player who has always prioritised accuracy and strategy almost chasing down one of the biggest hitters in PGA Tour history. The Stadium Course tests every aspect of a golfer’s game and it really is the case that whoever is best on the day will win the tournament.

About The Players Championship: The Fifth Major 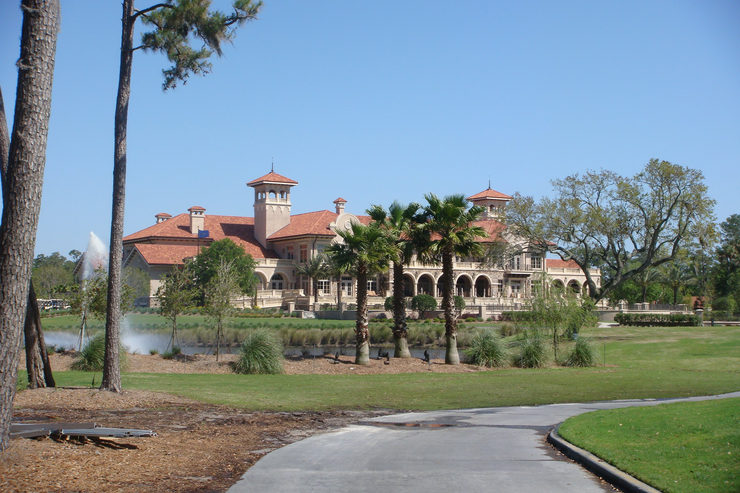 The Players Championship is the flagship event that is hosted exclusively by the PGA Tour and is held every year on the tour. It’s commonly referred to as the 5th Major, such is the significance of the event and whilst not officially recognised as a major tournament, it pulls in prize money that could easily be up there with any of the majors.

As a flagship event, it highlights the best of what the PGA Tour can offer. It’s hosted TPC Sawgrass, which is also the headquarters and base for the PGA Tour. The course itself is one of the most distinctive in the world, which again adds to the popularity of this event. 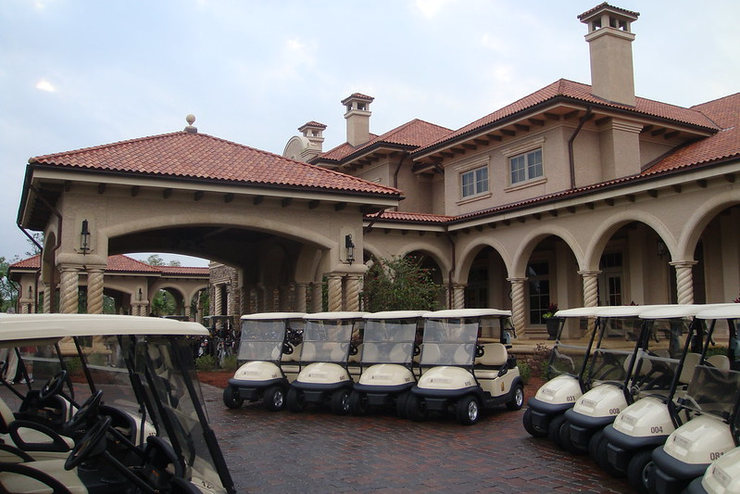 The format of the event is that of standard strokeplay event, much like you would find within most weeks of the Tour. With it players are required to play 72 holes and after that 72 holes the player with the lowest score will be awarded the prize of winning.

It’s worth noting that after just 36 holes there will be a cut mark. This eliminates players that are outside the top 60 in scoring. But, this number can rise, as players are permitted into the weekend if they are within 10 strokes of the lead. If this is the case and the number of players is larger than it needs to be, a further cut will take place on the Saturday to make sure the field size is reduced for the final round.

The field itself is made up of 144 players in total, which is about average for a Tour event of this calibre. Players are able to gain entry through a number of routes, which includes all winners of PGA Tour events from the following season, top 125 on Fed Ex Cup points list, major champions from last 5 years, Players Championship winners form last 5 years, World Golf Championship winners from last 5 years and even Web.com Tour money leaders from the previous season. 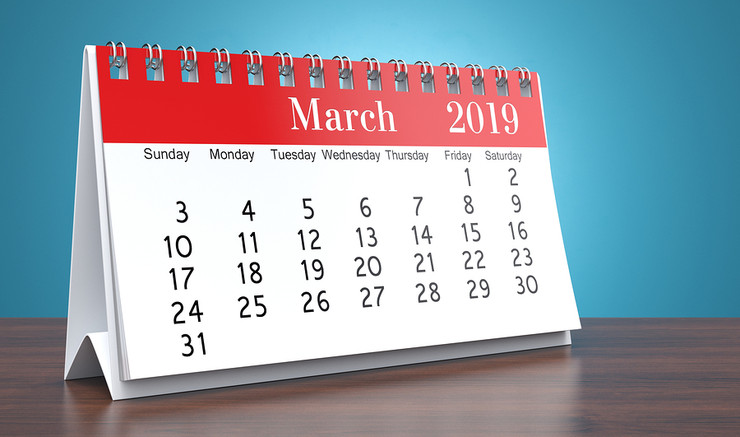 For the first 30 years of its life, the tournament has been run in early March. It was seen as the perfect warm up to the first major of the year, in that of Masters. But, as the event grew, it was decided in 2007 that the dates be moved to the middle of May, in order to take advantage of the better weather in the local area. The final round almost always coincided with Mother’s Day in the US, with most players opting to wear pink as a mark of respect to the day.

However, a further decision in 2018 was made that the Players would move back to its original March date, as the PGA Championship would be moving to a new slot in May. This all comes on the back of the fact that the PGA were keen to move the Fed Ex Cup Playoffs forward one week as not to coincide with the start of the NFL season.

The TPC at Sawgrass Golf Course 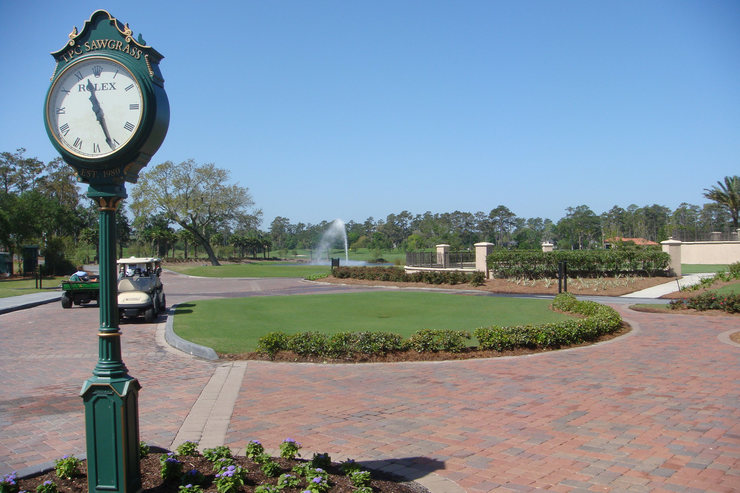 TPC Sawgrass is one of the most recognisable courses in the world and has been hosting the Players Championships from 1982 until the current day. The course is based out of Florida, United States and with it often sees a luscious set up given the time of year, although it’s not uncommon for thunder storms to strike around the time it’s played.

The Stadium Course, which is the course that the tournament is played on, was heavily criticised throughout the eighties for not being up to standard to host one of the flagship PGA Tour events. Ben Crenshaw famously described it as “Star Wars golf, built by Darth Vadar”.

The course underwent many changes after the 2006 event, which allowed them to make the greens less severe and altering several of the bunkers. The changes were welcomed by all the players and now it was regarded as a popper golf course, instead of being one that was designed too tough, even for the best in the world.

The most famous part of the course is that of the 17th, with its island green. The hole measures just 134 yards in length, but the inclusion of water if players are just a fraction off target, means that it’s often revered as one of the hardest. It’s been the scene of many a famous moment, none more so than in 1999 when Fred Couples put his first ball in the water. He decided to reload from the tee box instead of the drop zone and proceeded to make, what was technically his third shot on his way to make an unlikely par.

The design of the green actually came about by accident when designing the course. The original pans were to have a lake running along one side of the green, but after the soil was removed, it was then decided that it would be a great feature to have it as an island green, although not all parties were convinced. The Island Green at the 17th is now one of the most iconic holes anywhere in the world.

With a massive $15million up for grabs in prize money in 2020, the Players Championship is the most valuable golf tournament anywhere in the world. It dwarfs even the second most valuable tournament, the US Open, which has a prize pool of $12.5 million. It’s also larger than the PGA Championships, The Open and the Masters. 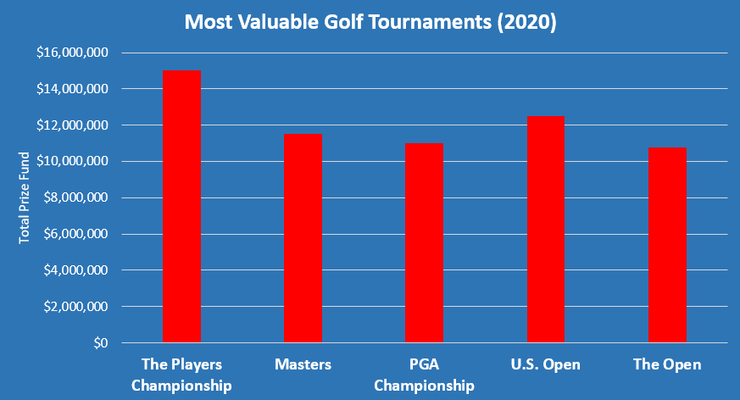 The 2019 winner, Rory McIlroy took home the largest winner’s cheque in the history of the event, with $2.25 million going into his bank account. Not bad for 4 days’ work! The 2020 winner will reportedly take home $2.7 million for their efforts.

One of the most interesting facts about the Players is that no single player has even defended their title from the previous year. In fact, no player has ever won it and finished as a runner-up either.

There have been multiple winners, such as Jack Nicklaus with 3 and Fred Couples, Steve Elkington, Hal Sutton, Davis Love II and Tiger Woods, all with 2 a piece. 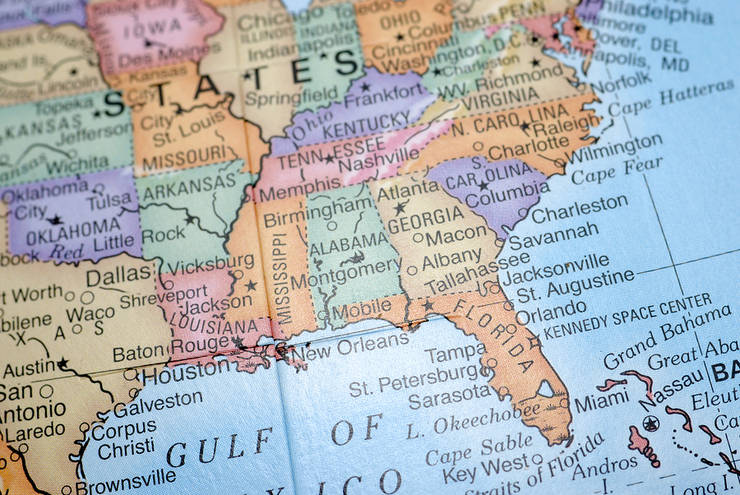 The Players was first conceived by the then PGA Tour Commissioner, Deane Beman in 1974. It was originally played at the Atlanta County Club in Marietta, Georgia and would be seen as the season finale, running on Labor Day in the US in early September. The following year the event moved to Texas and was hosted by the Colonial Country club in Fort Worth, before then moving to South Florida in 1976 to be hosted by the Inverrary County Club in Lauderhill.

Sawgrass Country Club has been the host since 1977 and whilst originally, they played on the Oceanside Course, with a mixture of both the East and West courses, it moved across the road to the Stadium Course in 1982 and has been hosted there ever since.

The lowest 72-hole aggregate score came in 1994 when Greg Norman blitzed his way around the course shooting 24 under, winning by stroked over that of Fuzzy Zoeller. What’s amazing about that is, Zoeller’s score of 20 under would have won any other Players Championship held prior and even since the 1994 tournament.

The prizemoney for the event has grown quite considerably since it started. The first event had just $250,000 back in 1974, but now holds $15 million. Growth has been fairly gradual, although from the 10 years between 1998 and 2008, it more than doubled, going from $4million to $9.5million, highlighting the increasing importance of the event.

The most coveted player in the history of the Players is that of Jack Nicklaus. He managed to win 3 times, which is still a record today. His wins came in 1974, 1976 and 1978, twice beating J.C Snead and then once beating Lou Graham in his final win.

Whilst two wins of the Players Championship are impressive enough, the fact that Hal Sutton managed to achieve this feat 17 years apart from each other makes it even more remarkable. His victory at the age of 42 is widely regarded as one of the best in the history of the tournament, but it was as much that as the fact that he beat Tiger Woods by one stroke, in an era where Tiger was arguably at his best.