The PGA Tour’s John Deere Classic was first played back in 1971, when it was known as the Quad Cities Open, joining the tour officially from 1972. The winner of the first two tournaments, Deane Beman, would go on to serve as Second Commissioner to the PGA Tour for twenty years between 1974 and 1994.

Tractor manufacturer John Deere have sponsored the event since 1999. Their Illinois world headquarters is less than two miles from the TPC Deere Run on the banks of the Rock River which has hosted the tournament since 2000.

D.A. Weibring, who designed the TPC Deere Run, and Steve Stricker both hold the record for most wins at the John Deere Classic with three victories each. Stricker’s win came in successive years between 2009 and 2011. 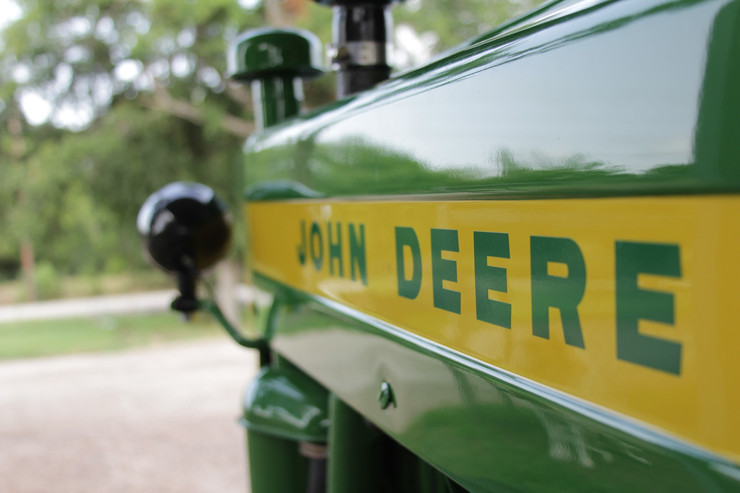 Golf courses don’t come much easier on the PGA Tour than TPC Deere Run. The D.A. Weibring design always yields a huge number of birdies and for good reason. The event organisers want to attract high class players in the weeks before the Open Championship whilst it presents a great opportunity for those lower down the FedEx Cup rankings to get their hands on some much needed ranking points.

TPC Deere Run doesn’t pose much of a challenge from tee to green. The par 71 layout is neither long nor short at 7,257 yards so it gives a chance both to bombers and those who have to rely on their accuracy off the tee. Hitting fairways and greens is never a bad thing but it’s putting that will separate those who challenge for the title on the final day and the also rans.

The one thing that links recent winners of the John Deere Classic is an ability to go low. Anything less than 20 birdies will not be enough to even be in the picture come Sunday, especially when the weather conditions are favourable at Silvis.

Each winner has their own way of going about things and has their own strengths and weaknesses. However far they hit the ball off the tee or how high class their iron and wedge play was, they all putted incredibly well to maintain the fast pace required.

As easy as TPC Deere Run may be, you win a PGA Tour even by beating the players in the field, not the course. Playing an event where everybody finds the course easy brings its own stresses and challenges, both in terms of technique and mentality. The relentlessness of hitting green after green and holing putt after putt can take its toll so it makes sense to only bet on players who have the motivation required to hack the pace. Whether it’s claiming the final place in the Open, fighting for FedEx Cup rankings or securing a maiden PGA Tour win, it's going to take something extra to push the winner over the line at TPC Deere Run.

About the John Deere Classic

The John Deere Classic takes place on the PGA Tour in July each year and in a normal season takes place the weekend prior to the Open Championship. Of course, 2020 has created a “new normal” and that includes no Open but at the time of writing this event is still scheduled to be played. Organisers will be keen for the tournament to go ahead as it will be the 50th edition of this competition.

Originally called the Quad Cities Open (Quad Cities is the area in which the tournament is held), the first edition was played back in 1971 and was a satellite event. It was won by Deane Beman, who then won the first official PGA Tour event the following year.

The final tournament under the name of Quad City was won by Steve Jones in 1998, with various companies lending their name to the even along the way, including Miller and Hardee’s, a local restaurant chain. Since then, the competition has been known simply as the John Deere Classic, the huge US agricultural company taking over as sponsor. The Classic is held at the demanding TPC Deere Run in Illinois, United States. This course has been home since 2000, with a number of previous hosts including Crow Valley Country Club in Iowa (Quad Cities spans both the state of Illinois and Iowa). 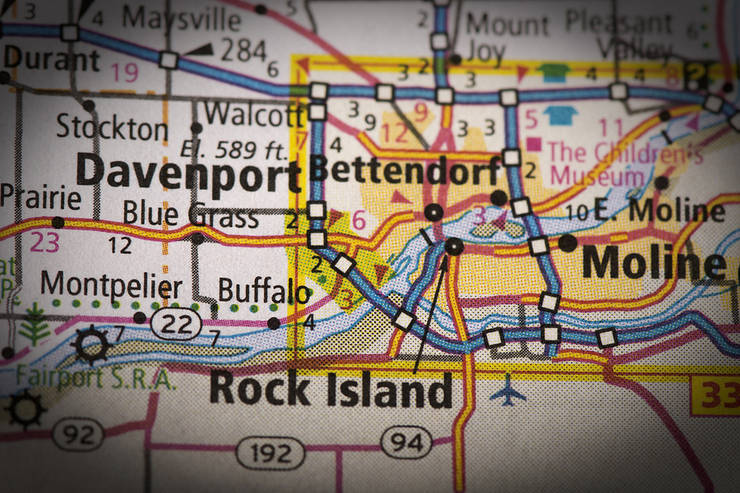 As mentioned, the first ever edition was a satellite tournament, which was sanctioned by the Chicago District Golf Association. After a successful first year, the tournament became an official PGA Tour event in 1972.

The relatively unknown US golfer Deane Beman picked up just four PGA Tour tournament victories during his short professional career. However, he played a big part in the history of this event, winning the first Quad Cities Open in 1971. A year on, Beman successfully defended his title in the opening PGA Tour Quad Cities Open, beating the legendary Tom Watson by a single stroke.

Vijay Singh has had a remarkable career in golf and some younger fans may not be aware of just how good he was at his peak. The Big Fijian has won a hatful of PGA Tour titles, including one John Deere Classic. In 2003, en route to being the leading money winner on Tour, Singh became the first non-American to win this competition since David Frost of South Africa won back-to-back tournaments in 1992 and 1993. At the time of writing, only seven different nationalities have won this event.

Stricker’s Sensational Three in a Row

At present, only six players have won the John Deere Classic on more than once occasion. Deane Beman, Scott Hoch, David Frost and Jordan Spieth all have two wins apiece. D. A. Weibring and Steve Stricker are currently tied with three wins each.

American ace Steve Stricker has won a whole host of professional tournaments during his career. Stricker currently has 12 PGA Tour titles, with three of those being the John Deere Classic.

Stricker had a memorable few years in Illinois, winning the tournament three years on the spin in 2009, 2010 and 2011. The last of those victories was a narrow 1-stroke success over Kyle Stanley in 2011.

Jordan Spieth won his first John Deere Classic in 2013. It was a terrific tournament at TPC Deere Run, with the Dallas man needing a playoff to eventually see off David Hearn and Zach Johnson. Two years later, Spieth recorded his second John Deere Classic triumph. He needed another playoff, this time getting the better of Tom Gillis.

Michael Kim’s superb 257 at TPC Deere Run in 2018 remains the record score in this tournament. The South Korean swept aside his opposition, beating Bronson Burgoon, Joel Dahmen, Francesco Molinari and Sam Ryder all by a whopping eight strokes. At the time of writing, Kim’s victory in Illinois is his one and only PGA Tour win.

A Quick Dash Over the Atlantic 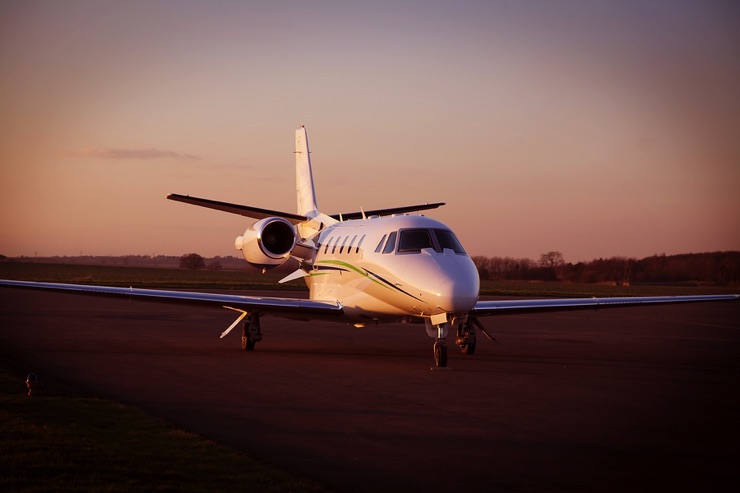 Due to its scheduling just before the oldest major tournament in golf this event has sometimes struggled to attract the best players. Golfers either want a little time off before the Open, or they want to acclimatise to British conditions and links golf.

For some time now this event has given non-qualified players one last shot at making the field for the Open but for already-qualified players the timing was a major negative. Since 2008, the sponsors John Deere have chartered a flight to take players straight to the UK.

The flight operates immediately after the event from the nearest airport at Quad Cities and whisks players straight to the airport closest to the Open venue. Being able to arrive on Monday with the minimum of fuss has really helped get some of the best players to tee it up at Deere Run.

Since the move to Deere Run scoring has been seriously low at this event. Purists may feel it has become a little too easy but for right or wrong, in order to win here you need to go very, very low. Ahead of the 2020 championship, only twice has the winning score been worse than 20 under in the last 11 years.

To shoot a score like that you need a hot putter and that is even more so the case on the greens at the host venue. Since 2009 Steve Stricker has won three times and Jordan Spieth twice and these two are among the best putters around (or at least Spieth was at the time of his victories).

Another interesting feature of the tournament under its current sponsor is the exciting finishes we have seen. In the 21 years the world’s most famous tractor company has provided the prize money we have seen an amazing seven play-offs here. With a further seven victories coming by just a single shot, this is the event to watch if you want an exciting finish late on Sunday afternoon!