South Africa is one of the major golf playing nations in the world. The Rainbow Nation has produced a plethora of world class talent and is the base for the popular Sunshine Tour. The best players on the European Tour have been competing in various high class South African tournaments for decades; the South African Open is the big one for home golfers though.

This historic and prestigious tournament was first played in 1903 and has been won an incredible thirteen times by home favourite and 9-time major winner, Gary Player.

The South African Open has been co-sanctioned by both the European and Sunshine Tours and some big names from each will be among the huge field. The host course has changed over the years but was last held at Blair Atholl in Johannesburg, having been held at the Gary Player Country Club, Randpark Golf Club and Glendower Golf Club in recent editions.

About the South African Open

The South African Open is the most important tournament in South Africa, on the Sunshine Tour and, in fact, on the whole continent. This is a claim we will support in a number of ways, starting with its history.

It is among the oldest national opens in the sport. The Open is the undisputed winner in terms of longevity, dating back to 1860, with the US Open following in 1895. The Canada Open is widely considered to be the third-oldest, dating back to 1904. Indeed, completing the hat-trick of those is a recognised feat, one only achieved by seven players.

However, the South African Open actually pre-dates the Canadian tournament by a year, with Scot Laurie Waters winning the first tournament in 1903. The origins of the event go back even further, with informal championships held for around a decade earlier. That it is not recognised ahead of the Canadian Open is down to the fact that it has not always been part of a major tour. None the less, this is an event with a lot of history.

The South African Open is also the African tournament that offers up the most Official World Golf Ranking points too. This has not always been the case but in the vast majority of seasons no event has bettered the 32 points the winner can earn by landing this one. As such most within golf consider it to be the flagship event on the Sunshine Tour, whilst it has also been part of the European Tour schedule for over 20 years (since 1997).

Last of all, when we consider the significance of this contest, we turn to former winners. Among the multiple champions we have some true greats of the sport:

In addition to other multiple winners this list would read like a who’s who of African golf. If we include other players with a single win, such as 2018 champion Louis Oosthuizen (2010 Open Championship and a runner up in all four majors), or triple-major winner Vijay Singh, you really get a good impression of the class of golfer to have claimed this title.

A Rose by Any Other Name

In its long, long history this tournament has had a plethora of titles and here they all are, starting with the current name and working backwards!

Maybe these guys should just settle on a name and a sponsor and stop confusing us? There may actually be even more names going back right to the beginning of this tournament, but little is known about the earliest years, or even the time before it became co-sanctioned by the European Tour.

It isn’t just the name that has changed, with the course used to host the South African Open also having been altered many times. Once again, there is less information prior to the European Tour getting involved but even since 1997 it has had many hosts.

Back then Glendower Golf Club was used, a course in the Johannesburg area that dates back to the 1930s. It then moved to Durban the following year, travelling round the country to be played in Stellenbosch in 1999, at Randpark GC in 2000, East London in 2001 and a range of other venues including The Country Club, Erinvale Golf Club, Pearl Valley, Fancourt and others.

In 2011 it was decided the area around Jo’burg should be the semi-permanent home of the tournament and Serengeti Golf Club did the honours in 2011 and 2012. Glendower once again took over for a period before the event moved back to Randpark for the 2019 and 2020 European seasons.

All of these course changes mean that trying to assess what sort of golfer might represent the best chance of winning is rather tricky. Whilst we started to establish a little in the way of course form at Glendower the powers that be then promptly decided to move venue! As with most of the showpiece events on the Sunshine Tour, the best local players invariably fare well whilst Louis Oosthuizen certainly seems to have taken very well to Randpark, winning in 2019 and finishing runner up in 2020 (dates based on the European Tour calendar).

And Changing Dates Too … 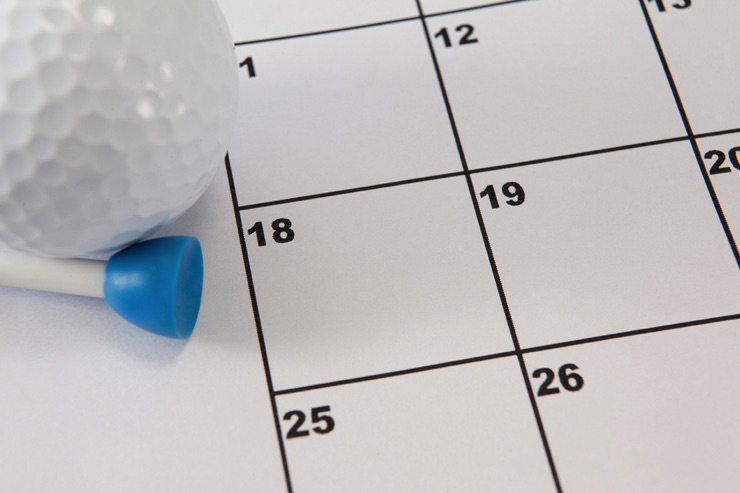 The South African Open certainly likes to keep us on our toes and schedule alterations and other unforeseen circumstances mean the chronology of winners is far from a simple timeline with a new champion each and every year.

Naturally enough there was no championship between 1915 and 1918, nor between 1941 and 1945, the two World Wars seeing to that and in the case of the second surely depriving the brilliant Locke from a title or two. 1964 and 1982 were also missed, for reasons that are rather lost to history, whilst a calendar alteration meant 1993 was a bumper year with two SA Opens, one in February and one in December. A similar thing occurred in 2005 and 2018, whilst in 2014 we missed out altogether as the schedule flipped back from the end of the year to the beginning!

Close But No Cigar for Rory

In a tournament with such a long history it is inevitable that there have been some truly memorable and nail-biting finishes. However, with little footage of the many Gary Player and Bobby Locke successes, let us consider one of the most exciting finales this event has seen in recent times.

Fate can move in mysterious ways. Or is that God? However you look at it, life is strange and in 2017 Hartlepool native Graeme Storm must have felt that perhaps someone, or something, was helping him out. In 2016 it appeared that he was about to lose his European Tour card after falling just €100 short of securing it for the 2017 season. A long, hard slog awaited but he got a stunning reprieve when it transpired that American ace Patrick Reed was ineligible as he hadn’t played the requisite five tournaments.

Storm vowed he intended to enjoy his golf again and less than three months after fate had ensured his career stayed in the big time, he was enjoying a play-off victory over Rory McIlroy at this tournament. He had ended 2016 ranked 251 in the world so a three-shot lead on the final day against the world number two was never going to be watertight.

Rory played well and his 68 got him in the hunt. It could have been better but for a bogey on 17 and in the end Storm hung in there to shoot a 71 and force a play-off. They had to replay the 18th three times before Storm prevailed, his third par in a row on that hole proving enough to see off the Northern Irish great.

Afterwards the two-time Tour winner said, “I’m shocked. This has been a surreal week and to find myself in the position I was in with probably the best player in the world was a dream come true.” That dream was even more remarkable considering the nightmare he faced just months earlier, so this really has to go down as one of the most memorable finishes to this wonderful event.

Randpark Golf Club returned as the host venue for the South African Open in both the December 2018 and February 2020 tournaments. The organisers have made the most of the two 18-hole courses at the Johannesburg venue to cram in a mammoth field of 240 players. Each player played one round on the Bushwillow Course and one on the Firethorn Course. The 36-hole cut made as usual on Friday with the remainder of the action taking place on the Firethorn Course.

Firethorn is the longer of the two courses at 7,506 compared to 7,155 for Bushwillow. Par at Firethorn is a shot higher at 72 but it still demands extra power than Bushwillow. Both courses include tree-lined fairways which will punish those who are wild off the tee whilst scrambling has proven to be an important skill across the two.