The PGA Tour’s wraparound season returns from the winter break in early January with the traditional first event of the New Year, the Sentry Tournament of Champions. This invitational event is open only to players who won on the PGA Tour in the preceding calendar year. That is always a high calibre list and many of the biggest names will be in attendance at Kapalua Resort, Hawaii.

The first Tournament of Champions took place in 1953 with the early events played in Las Vegas. For 30 years the host course was the Las Costa Resort in California with the Kapalua Resort in Maui taking over since 1999.

As with many PGA Tour events, Jack Nicklaus holds the record for most wins in this event with 5. Recent two-time winners include Tiger Woods, Dustin Johnson and Justin Thomas. 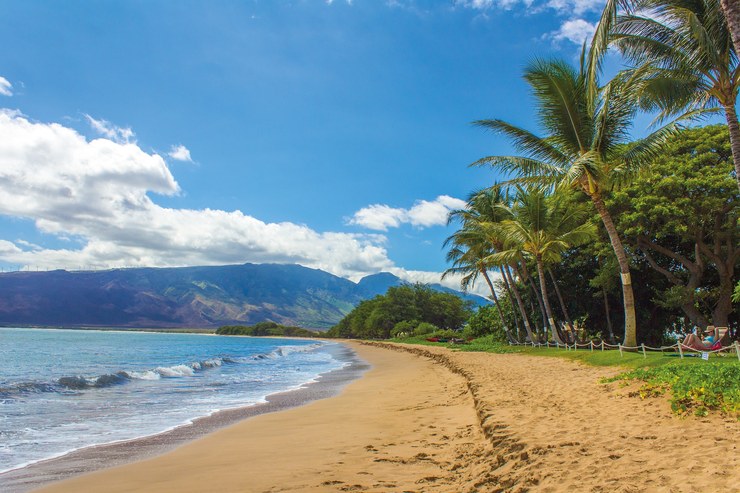 Lots of us could do with a nice golf holiday. Somewhere sunny, with stunning views and a golf course that isn’t over challenging would do nicely to remove the January blues. Somewhere like the Plantation Course at Kapalua Resort on Maui would do just nicely in fact.

Up against some stiff competition, this is one of the most visually stunning golf courses used by the PGA Tour. The Plantation Course is also one of the most gettable tests of the year with the last 10 winning scores ranging from -14 to -34. That the worst scoring year came in 2020 is not a reflection of a toughening of the course, rather it shows how much of a say the winds that whip from the North Pacific Ocean can have on affairs.

The wind is arguably the Plantation Course’s only real defence. Its official yardage of 7,596 may look long enough to keep scoring in check but the dramatic changes in elevation help to knock the effective yardage down considerably. Still, big hitting is an advantage as those with the most power can utilise the camber of the course to leave themselves little more than a wedge into many holes at Kapalua.

About the Tournament of Champions

Winning an event on the PGA Tour is a huge life achievement for golfers. The amount of money that the world’s best golfers are playing for at the moment is only going upwards but there’s more than just money to play for.

Each PGA Tour win comes with all important FedEx Cup points, exemption for the PGA Tour for two years and a place in other huge tournaments such as the major championships and the Players Championship. Every player who wins on the PGA Tour is also awarded a place in the field for the following year’s Tournament of Champions which takes place in the first week of January every year at Kapalua Resort in Hawaii.

A Tough Week for the Caddies

The life of a professional golfer’s caddie isn’t always an easy one. They have to do a huge amount of work but their earnings potential is tied entirely to the performance of the player for whom they work. Fortunately for every caddie working at the Tournament of Champions, there is no cut so they are assured a pay cheque, but they certainly earn it.

Kapalua is an incredibly hilly part of the world. The effects of the dramatic changes in elevation on the Plantation Course are serious in terms of the way the tournament plays. The course is, in effect, much shorter than its official yardage of 7,596 for a par of 73. That only makes life more difficult for the caddies who have a hell of a job choosing the right clubs for their players to hit, all the while having to endure one of the most challenging walks in golf.

The Champion of Champions

Tiger Woods, Gary Player and Phil Mickelson each won the Tournament of Champions twice. Five men have won it three times but it is Jack Nicklaus who stands alone with an incredible five tournament wins against this elite field. See the chart below for the full list of multiple winners up to and including the 2022 tournament. 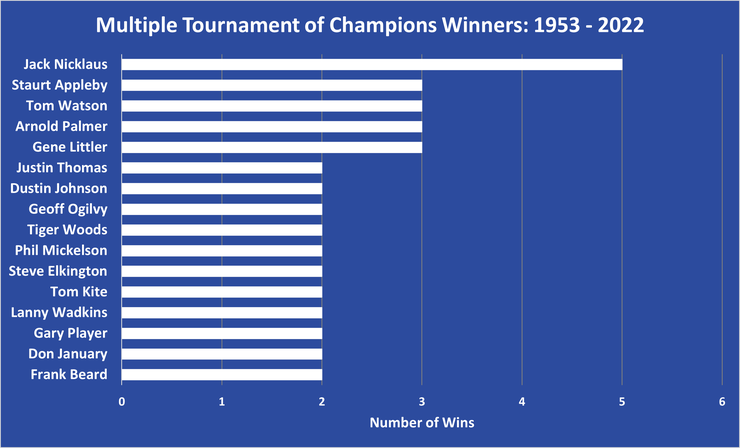 Nicklaus is a fitting man to be the so-called champion of champions. After all, he holds the record for having earned the highest number of major championship wins. The Tournament of Champions was the perfect setting for Nicklaus to show the competitive spirit for which he was famed and it allowed him to become the man many believe to be the best golfer of all time.

The Golden Bear showed why he was ahead of the competition with comfortable wins in 1963 (when he scored victory by five shots), 1964 (by two shots) and 1971 (by a whopping eight shots). It was a very different story for his other two wins though. In 1973 he had to hold off an almighty challenge from Lee Trevino to win by one shot and in 1977 it went all the way down to the third hole of a sudden death playoff against Bruce Lietzke.