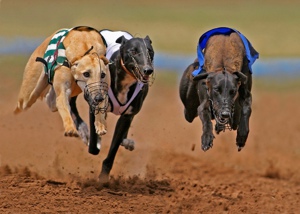 Greyhound racing was first brought to the UK by an American who invented the first mechanised lure (that’s the “rabbit” that whizzes round the track to encourage the dogs to run) in 1925. The first purpose-built dog track was erected in Manchester the following year and before the end of 1926 crowds of up to 11,000 were enjoying this new sport at Belle Vue Stadium. The sport has had its up and downs since then but is enjoying another successful era, with greyhound racing the third most attended sport in Britain.

It is in some ways the archetypal working class sport and a night at the dogs with a beer and a few bets (winners even!) is a great night out enjoyed by a wide spectrum of the populace. The simplicity of the sport and the short, fast nature of the races makes it ideal to bet on so read on for all you need to know about doing just that.

How To Bet On Greyhounds 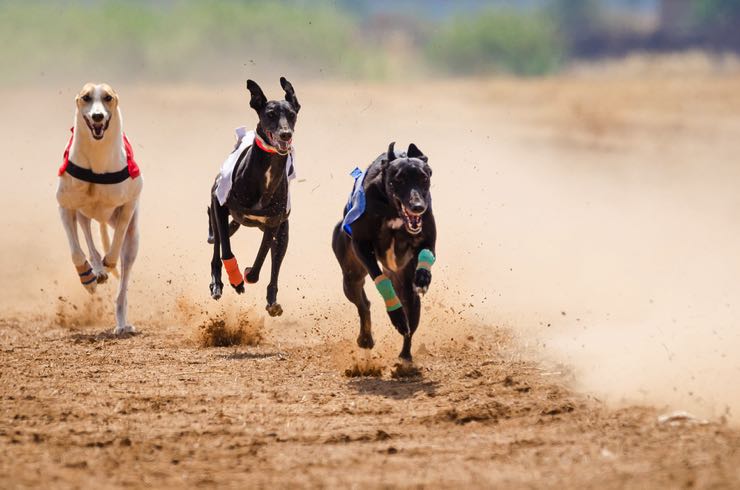 Betting on the dogs is, as said, a straightforward affair that is easy for a beginner to grasp, although mastery of the discipline is far harder. The major bets are listed below, with all the same multiple bets you can find in horse racing – in terms of the doubles, trebles and upwards and combination bets covering a variety of selections – also applicable to betting on greyhound racing.

As with all sports betting there are no rules to catch you out or trick you but one or two things to look out for that may not be obvious. First of all, check if you are taking the price at the time of the bet or at the start (the starting price, or SP). Some bookmakers offer Best Odds Guaranteed, which means you can take the price at the time of your bet and even if the dog drifts in the betting the bookie will pay out at the higher of the two odds.

Another unusual thing with greyhound betting is that the trap number is far more important than the name of the dog, with bets settled on trap number. With some bookmakers a change of dog will normally not matter, with the bet staying on, unless your bet was at an early price, in which case it is normally void. Finally, if there is a non-runner in a race with early prices the best are usually settled on the starting prices, irrespective of Best Odds Guaranteed, although this can vary so check your individual bookmaker. 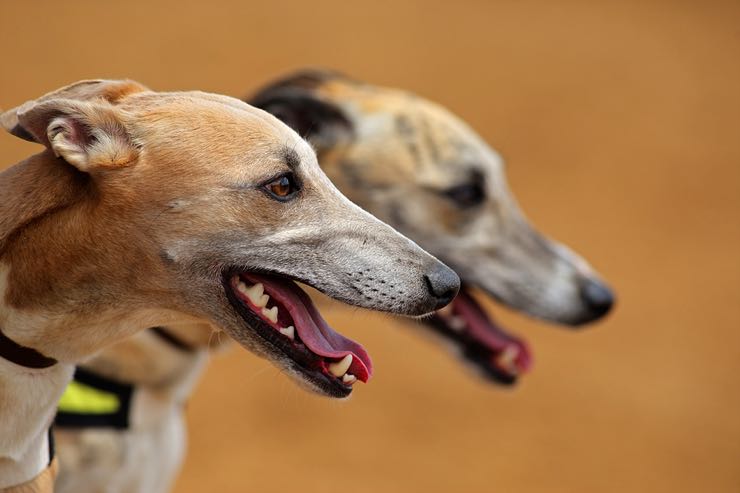 Betting on greyhound racing is something that most people do for a bit of fun and it is a hard sport to make regular net wins from it unless you have inside connections. Because there is relatively little money in the sport most of the gambling edge is taken up by those inside it but as ever, the surest way to succeed is by watching as many greyhound races as possible and studying the form.

The best way to seek out a winner is to study past races, paying attention to the track, racing style of the dog and prevailing weather conditions in the past and on the day of the race. Lastly it’s also very important to note what traps a dog has had success from before and what trap it’s racing from when you are considering betting on it. Some dogs are wide runners and may be able to make up the extra ground of the outside, however a dog that prefers the inside is unlikely to offer much value from an outside trap.

Greyhound racing may not be the most spectacular of sports, but it’s certainly a popular sport to have a bet on. There are two forms of greyhound racing, track racing and coursing. The sport is a popular industry in Great Britain, with attendances of over 3 million each year. Those numbers may be massively down from the sport’s heyday in the mid 20th century but even so, betting on the dogs remains hugely popular.

With the racing shown live on Sky Sports, punters can enjoy a bet in front of the television, or live at venues spread all over the UK, with the likes of Romford, Swindon, Sheffield, Belle Vue, Newcastle and several other tracks hosting live racing.

Soaring house prices have all but removed greyhound racing from London. There were as many as 28 tracks in the capital at one stage but the last of those, Wimbledon Greyhound Stadium, closed in 2017. Even so, many Londoners enjoy visits to nearby stadia and greyhounds hasn’t gone to the dogs just yet!

Greyhound racing takes place almost every day and as with horse racing, contests are graded according to various criteria. With the dogs this covers the prize money on offer and the class of dog taking part.

Top of the tree is the Greyhound Derby, with at least £50,000 up for grabs. Derby contests feature six rounds. The biggest such races are the English, Scottish and Irish. The Welsh Greyhound Derby ceased to exist back in 1977 but a Northern Irish race was introduced in 2010.

The English Greyhound Derby is the most prestigious race on the greyhound racing calendar. The first meeting was held in 1927, and it has grown bigger and better as each year has passed by. Formally held at White City Stadium, the race moved to Wimbledon Stadium from 1985. From 2017, the Towcester Greyhound Stadium is the new home of the Derby until 2021. The new race at Towvcester will be the richest in the history of the sport, with more than £350,000 up for grabs!

At the time of writing, Charlie Lister holds the record as the most successful trainer in the Derby, having won the race on seven occasions. Lister’s last victory came in 2013, when Sidaz Jack triumphed at Wimbledon. However, no greyhound has ever won the race on more than two occasions, making it an extremely open field each year.

The Scottish Greyhound Derby was first run in 1928 and was originally held at Carntyne Stadium in the Glasgow suburb of the same name. It then moved to Shawfield in 1970 before heading to Edinburgh’s Powderhall Stadium in 1988. By 1990 it was back at Shawfield in South Lanarkshire where it continues to be run.

The prize money isn’t on par with the English equivalent but this remains a prestigious and lucrative race none the less. As with many of the big races, it is Charlie Lister who has dominated in recent times. Since 1997 he has trained the winner seven times so his dogs are always worth watching if you fancy a bet on the Scottish Derby!

One tier below the Derby comes a Category One Race, with a minimum of £12,500 in prize money. These feature between one and four rounds and there are usually a few of these each month. Big races include the Grand National, Sussex Cup and Eclipse, although there are many more, giving ample betting opportunities throughout the year.