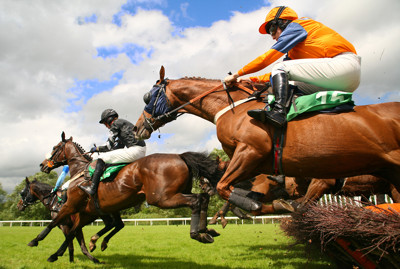 On the surface, horse racing is a very simple sport: essentially it a series of equine athletics events in which the winner is the first past the line at the end of a race of a given distance. But within that rather simple premise there are many variants. The most obvious one, in terms of the types of horse racing popular in the UK and Ireland at least, is that some horse races are run on the flat – that is, with no obstacles for the jockeys and horses to negotiate; while others include barriers that the jockeys and horse aim to jump over on their way to completing the race.

It is this latter category of racing – known as National Hunt racing, or jump/jumps (used interchangeably) racing – on which we will focus here. In particular, we will answer the question: what is the difference between a hurdles race and a chase (or steeplechase) contest?

Hurdles Vs Chases: In A Nutshell

The difference between chases and hurdles is actually rather simple: it essentially comes down to the height and material used for the barriers over which the horses aim to jump. Hurdle races use smaller and more flexible obstacles (called, you’ve guessed it, hurdles); chases, meanwhile, use taller and often less flexible barriers (called fences), and also a variety of other barriers (for example, water jumps). The prize money tends to be slightly higher for chases of a given classification (for example Grade 1) than for comparative hurdle races.

In the rest of this article we will go into a little more detail about hurdles and chases including highlighting the most prestigious or popular UK horse races in each of the two categories. We’ll also give brief details of National Hunt races that are neither hurdles nor chases… the jumps races that don’t involve any jumping!

Note that the specific definitions in relation to the terms hurdle and chase differ from country to country and we are writing in relation to UK races primarily, as administered by the British Horseracing Authority (BHA).

What Is A Hurdle Race? 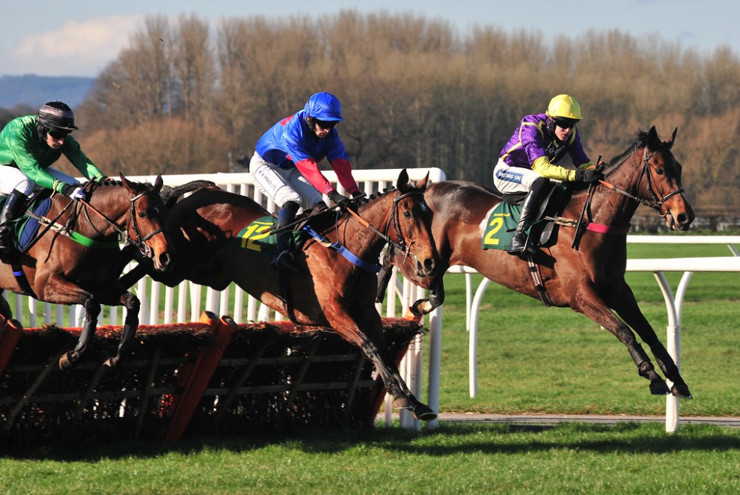 The BHA has set out rules that should be adhered to in relation to hurdles in the UK in relation to the various dimensions and materials of hurdles that are permissible. These go into quite a lot of detail (for instance that the legs to timber birch hurdles must be, “3 inches by 2 inches, rounded off in a consistent radius from leading edge to rear edge, and, for safety reasons, are to project above the top bar by no more than 3½ inches.” Pity the poor racecourse workers who have to go out in all weathers to ensure their hurdles comply with the rules!

As mentioned previously, hurdles tend to provide slightly less in the way of prize money when compared to a chase of a similar standard. For instance, perhaps the most prestigious hurdle of them all – the Champion Hurdle at the Cheltenham Festival – awarded a (not-too-shabby!) prize of around £253,000 to winning connections. But the winner of the Cheltenham Gold Cup (arguably the most prestigious chase of them all) landed over £350,000. Of course, prize money can differ enormously based on various factors including sponsorship, but as a general rule, chases pay more.

This is backed up by the BHA literature which states Grade 1 chases should have a minimum prize fund of £100,000, while the minimum for hurdles is £75,000. This pattern is similar as we go down through the race classifications.

As mentioned, the Champion Hurdle at the fantastic feast of racing that is the Cheltenham Festival is the pinnacle for hurdlers. But there are plenty of other highly significant hurdle races throughout the National Hunt calendar in the UK. As well as the Stayers’ Hurdle, which tests horses over a longer distance and is also part of the Cheltenham Festival, the likes of the Christmas Hurdle at Kempton and the Aintree Hurdle on the Grand National undercard are also very popular with punters and racegoers.

Significant Hurdles In The UK

What Is A Steeplechase? 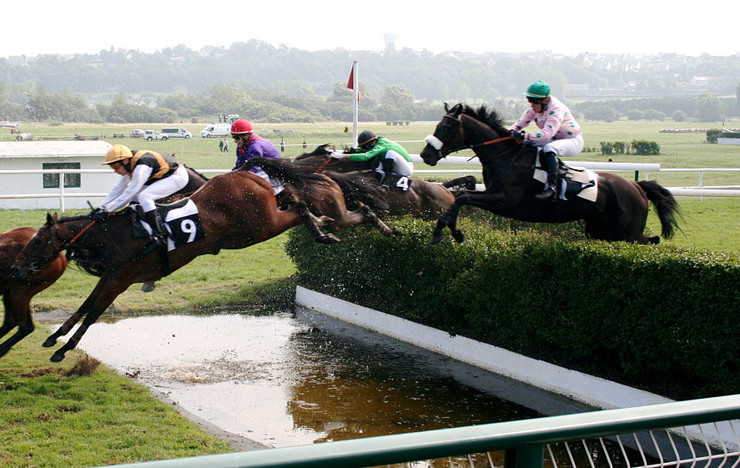 As detailed in the BHA Rules of Racing, there are various rules governing the specifics of fences in chases. For instance it is permissible to have open ditches or water jumps, but not for the first fence in a given race. Also all fences at a given course must be constructed of the same materials, whether all birch, or birch mixed with other approved materials.

As with the rules about hurdles, there are plenty of specifics about the various dimensions of the different parts of fences, for example: “The slope of the fence, with or without an apron, is to reduce the thickness at the top to not less than 1 foot 6 inches (at the time of pre-season inspection).” The BHS also go into the various rules regarding who should be contacted if a course wants to add a water jump, and even specifies the colour to be used for the take-off board (“light matt orange”, in case you were wondering!). But most punters aren’t really interested in all that, so let’s turn to some info on the biggest chases in the racing game.

Among the many and varied chases in the National Hunt game is perhaps the most famous horse race anywhere in the world: the Grand National. Aintree’s showpiece race takes place in April and is one of the few races that garners massive attention amongst the wider public. For many people in the UK, it is the only horse racing (or even sporting event) on which they’ll place a bet, and office sweepstakes suddenly provoke a level of interest in horse racing that disappears for the rest of the year. But the Grand National is not really the most prestigious of chases (it’s only a Grade 3 handicap, after all).

For that you really have to look towards the Cheltenham Gold Cup. The jewel in the crown of the Cheltenham Festival, the list of Gold Cup winners reads like a who’s who of racing legends. Multiple winners like Golden Miller, Arkle, Best Mate, Kauto Star and L’Escargot became considered as greats of racing largely on the back of their exploits in this race, and there are plenty of future legends who will be created by doing the business in the Gold Cup.

Though there are other top-class chases at the Festival (such as the Queen Mother Champion Chase, the Ryanair and the RSA Chase) and also at the Grand National Meeting (like the Melling Chase), there are big steeplechases throughout the year. One of the biggest in terms of popularity and prestige is the King George VI Stakes that runs on Boxing Day at Kempton. The aforementioned Kauto Star won it an amazing five times from 2006 to 2011 (the first four in consecutive years), while the much-loved Desert Orchid won it four times.

Significant Chases In The UK

Below is just a small selection of the biggest and best steeplechases held in the UK each year:

Why Are They Called Steeplechases?

According to the 1976 Peter Churchill book entitled, “The Sporting Horse — The History, the Riders & the Rules of Popular Equestrian Sport”, the origin of the term “steeplechase” in relation to horse racing is based on a race that took place between two churches (steeples) in County Cork, Ireland.

Folklore suggests those racing between the steeples would simply jump over any barriers in their way, whether fences, hedges or ditches. How accurate this version of the evolution of the term is open to investigation, but the image of a band of horses galloping through the Irish countryside jumping over hedges is certainly a romantic one and, more to the point, there is definitely at least some truth in the idea.

As well as hurdles and chases, there is a third category of National Hunt races known as “bumpers” or National Hunt flat races. As the latter name suggests, these races have neither hurdles nor fences, but they are run under National Hunt rules (as opposed to the slightly different rulebook used for flat racing).

Some may see the idea of a NH contest without obstacles as a contradiction in terms but National Hunt flat races are often used to test out younger horses before trying them over hurdles, or if they have moved across from flat racing proper.