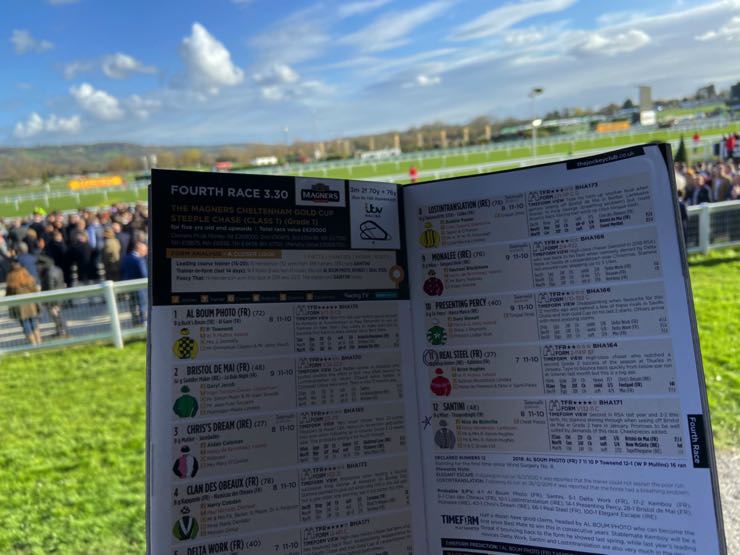 Studying the form is undoubtedly the best way to try and find a winner at horse racing and offers a wealth of information at your fingertips. Here we consider some of the most important things to look for when reading a race card.

How to Read a Race Card

Here we’ll explore each element and explain exactly what each item on a race card actually means. We’ll start by looking at the recent results.

Most online bookmakers, newspapers or race cards will have the form of the horses running in any given race. Probably the most important thing to look for is the recent performances of the horse. This is listed on the card as a row of numbers on the left hand side, with one meaning first, 0 meaning outside the places (usually top three or four) with a – used to separate this season from last and / when there was a gap of two seasons or more.

P, R, U and F mean, respectively, the horse was pulled up, refused to race, unseated the rider or fell. Reading from left to right takes you from the oldest race to the most recent. The weight, listed next to the jockey, is another key factor, indicating the total weight, including the jockey, the horse has to carry. A horse carrying the highest weight in a handicap race is a highly rated horse but the extra weight will slow it down.

On the right side of the card, under OR, you will find the horses Official Rating, a judgement made by the British Horseracing Authority as to the standard of the horse. You’ll also usually find the weight carried by the horse here, in stones and pounds.

What Do I Look For in a Winner?

As said, if a horse has won over the distance and at the same racecourse it is a good sign that it may be in with a chance again. This is especially the case if its recent form – as indicated by 1s and 2s in past races – is good. Of course, not all races are of an equal level in terms of quality, and so lots of previous wins won’t necessarily count for much if they were at a much lower standard, or over a different distance, or even on different ground.

The race card will have the details of the ground – whether it is hard, heavy or somewhere in between. This is one of the biggest factors in a race, with different horses better suited to different ground due to their size, shape and running style. Some interactive online race cards will allow you to see what ground the horse has previously won on and this, along with the guide indicated in the form and even weather forecasts, is a great way to see if your pick has a chance. They will also tell you what class of race past wins were so you can assess how your choice should fare against better or worse opposition.

Other factors to consider are the form of the jockey and the trainer, as confidence here can be crucial, whilst the success of other horses within the same stable indicates training is going well. Of course, the most crucial guide is the odds and all these other factors need to be assessed in relation to the bookies’ prices to decide if the horse is a good bet. That’s the hard bit, but if you do plenty of research and gain some experience you will soon find you are able to assess if a horse’s odds are good value or not. 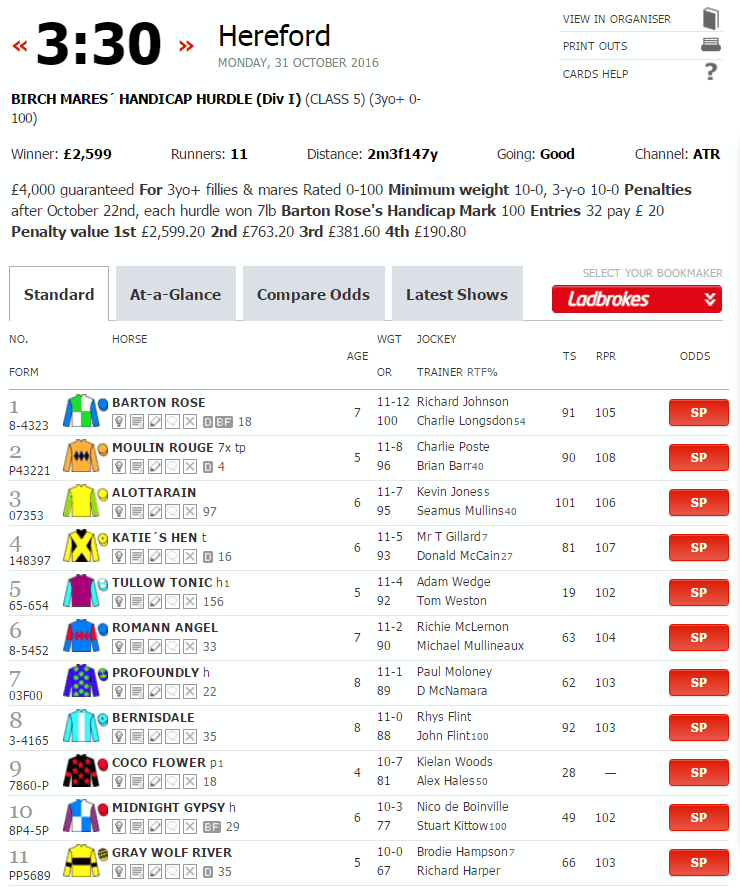 Above you’ll find a full version of the the race card which we’ve been using in the examples throughout this article. The card was screenshot from the Racing Post and was for the 3:30 at Hereford on Monday 31st October 2016.