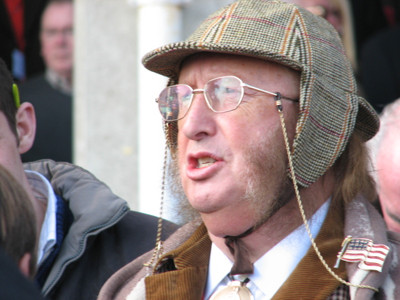 You might have thought that Tic-tac was a small sweet but you’d be wrong. We’re talking horse racing and betting here and Tic-tac is a form of sign language that is used to communicate the odds of a horse. It is unclear exactly when it was first developed but up until around the turn of the millennium it was commonly used at most race tracks. Mobile and computer technology have now rendered it all but obsolete, although it is still occasionally seen at some racetracks.

The Tic-tac man at a track, often wearing white gloves to make his signals clearer, would use a variety of signals and gestures to communicate changes in odds to other bookies, officials and other members of their team. John McCririck, the former Channel 4 racing pundit was one of the most famous Tic-tac users and cut an eccentric figure in his trademark hats, large beard and flailing Tic-tacking limbs.

Tic-tac encompasses different hand gestures and slang, often derived from rhyming slang or backslang to convey the various odds, for example 4/1 is “rouf” (which is “four” backwards, in case you didn’t spot it!). Below is a selection of the most common ones.