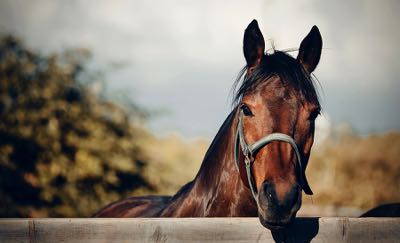 We all have to embark upon our careers at one time or another, and for flat racehorses, that time comes at a relatively youthful two years of age. Hugely popular with some racing fans, juvenile racing has nevertheless proven to be one of the more controversial areas within the sport.

Here we take a closer look at the various types of juvenile race, discuss some of the arguments both for and against racing horses so young, and pick out our top five such races from the full list in the table below.

As with all forms of racing, be it on the flat or over jumps, there are various race types which lie within the two-year-old category. Pattern races i.e. Group 1, Group 2, Group 3 and Listed events, and handicap contests do feature on the 2yo calendar – see the relevant sections on this site for information on those – but in the table below we outline a few of the other most common juvenile race types.

Having taken a look at the types of race which commonly feature on the two year old program, we now turn our attention to the discussion as to whether we should have juvenile races at all.

One of the main factors – probably the main factor – which acts to keep the sport of horse racing going is the willingness of racehorse owners to pump money into the sport. After all, without racehorse owners, there wouldn’t be any horses to race. One of the main thrills of being an owner comes through the prospect of watching their pride and joy run at the track, providing not just excitement, but also the possibility of winning a share of often substantial prizemoney.

It therefore makes logical sense that many owners would like to see their runners taking part in a race as soon as is deemed viable. Many owners do after all already pay for the upkeep and wellbeing of the horse – without any desire for a financial return – up until the horse turns two. Stretching this to three or older may well put many owners off the idea of entering the sport in the first place.

It is also argued that a change to the status quo would have a detrimental impact on the breeding industry. Currently predominantly geared towards breeding and then selling horses as yearlings, that is to say at between one and two years of age, breeding operations being required to hold on to at least a share of these horses for an extra year would create a logistical problem, and may result in fewer racehorses being bred in the first place.

Proponents of two year old racing argue that the evidence against it simply isn’t compelling enough to offset the potential negative impact.

Is Two Too Young?

Not everyone is in favour of horses taking to the track in just their second year though. Opponents of juvenile racing tend to base this opposition on two main arguments; the first of which centres upon the wellbeing of the horses, with the second being based more upon the impact it has upon the sport as a spectacle.

Looking at the first of those arguments, it is suggested that as two year old horses are yet to reach full physical maturity, their bodies are not yet ready to withstand the rigours of racing, and they are therefore more prone to picking up an injury. Whilst this argument makes some sense in theory, the current evidence seems inconclusive and a more extensive study may be needed.

The second argument stems from the manner in which the sport defines its champions. Currently, it is the three year olds who contest the season’s Classic contests, which isn’t a problem in and of itself. The issue arises when the younger Classic generation lock horns with their older rivals in all-age championship races, such as the King George or the Prix de l’Arc de Triomphe.

As horses are not thought of as having reached physical maturity until they reach four years of age, any three year old running in these events will receive a weight allowance from their elders. Critics suggest that this weight allowance dilutes the merit of the races in question when it comes to determining who really is the best of the best.

One solution put forward is to ban two year old horse racing and so make a runner’s three year old campaign their first. The Classics would still be run in a horse’s second season and would therefore now be restricted to four year olds only. As a result, the now fully developed Classic generation moving into all age company would have no need to receive a weight allowance, and so a “true” champion could be determined.

Five of the Best

Whether you are for or against the racing of juveniles on the flat, the fact remains that such races continue to make up a significant portion of the British racing calendar.

Providing us with our first glimpse of the superstars of the future, the programme features an array of events ranging from the lowly Class 6 Maidens, all the way up to top tier Group 1 affairs. In no particular order, our pick of the British juvenile races are:

With prize money of £200,000, Vertem Futurity Trophy, formerly known as the Racing Post Trophy, may not be the most valuable on our list, but it may well be the most influential in terms of predicting future Classic success.

Since the turn of the century alone this Group 1, one-mile contest, held at Doncaster in October, has been won by Derby winners High Chaparral, Motivator, and Authorized; St. Leger heroes Brian Boru, and Kingston Hill; 2000 Guineas champ Saxon Warrior; and Camelot who won both the 2000 Guineas and Derby. Notebooks at the ready for this one.

Another late season event which regularly provides pointers towards further success at the top level is this Group 1 mile event for the Fillies. Held at Newmarket in October each year, the race offers excellent prize money – £500,000 in 2018 – and is regularly targeted by the most promising juvenile fillies from all of the top yards. Cherry Hinton, Oh So Sharp, Bosra Sham, and the brilliant Minding all hinted at what was to come with success in this contest.

Also held at Newmarket in October, Dewhurst Stakes is one of the top juvenile events of the season for those colts with Classic aspirations. Held over the 7f trip, and again offering whopping prize money of £500,000 (2018), not all winners go on to deliver on their potential, but many certainly do.

Derby heroes Sir Percy and New Approach, Guineas kings Rock Of Gibraltar, Dawn Approach and Churchill, and the greatest of them all, Frankel, all boast a win in this race on their CV.

Coventry Stakes, one of the biggest meetings of the flat racing calendar, is staged each June in Berkshire with the international gathering that is the Royal Ascot Festival. There’s quality right across the board at this meeting and that certainly encompasses the juvenile events.

There are seven two year old contests in all at Listed level or above, our pick of which is this Group 2 6f event. All-time great Mill Reef, 2000 Guineas heroes Henrythenavigator and Dawn Approach, and more recently the super speedy Caravaggio all announced themselves on the big stage in this one.

Middle Park Stakes is another of the top juvenile sprint events comes at Newmarket in September with the Group 1 6f contest that is the Middle Park Stakes. Pretty Polly, Sun Chariot and Aberrant were all so good they now have a race named in their honour.

Brigadier Gerard is perhaps the only horse who can challenge Frankel on the all-time great list, whilst the likes of Dark Angel, Johannesburg and Oasis Dream were all sprinters of the very highest order. All prevailed here in their juvenile campaign, which tells you all you need to know about this contest.