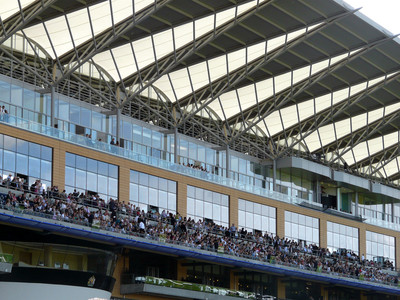 Champions Day is seen as one of the highlights of the British Flat racing season. It’s one of the final meetings of the year and includes some of the most illustrious races to boot. The meeting only lasts one day and is held at the Ascot Racecourse, but it sees the largest prize pool of any meeting in the UK, coming in at just under £4.1 million in total prize money (2021).

The day has six races in total, including four Group 1 races, the most in a single race day within the UK. There’s also the Group 2 Long Distance Cup to open proceedings and the Balmoral Handicap to close. The highlight of the day is the Champions Stakes, of which we will talk in greater length throughout this article.

The thoughts of many racing fans may be beginning to turn to the jumps game as we head into the latter weeks of October, but the flat season isn’t done with just yet. Amongst the highlights still to come, we have the small matter of the richest single day of racing in British flat history, as Ascot lays on British Champions Day. With a total of £4.09 million in prize money on offer, this is one day of action which is understandably targeted by the top owners and trainers alike.

This meeting takes some beating not only in terms of the prize money on offer, but also when it comes to the quality of the action. Five of the six races on the card are Group class contests, with four being top tier Group 1 affairs. With events ranging from the 6f of the British Champions Sprint Stakes, to the 2m of the British Champions Long Distance Cup – and just about everything in between – this excellent meeting aims to attract the best of the best from the current season, from right across the racing spectrum. Let’s take a closer look at just what we have in store this year.

About the QIPCO British Champions Series

The Champions Day brings together a series of horses who have won some of the best races throughout the racing calendar. They include 35 races in total, with each winner being brought in to run in one of the six races on Champions Day.

The Champions Series, whilst highly prestigious in its own right, is essentially seen as a feeder series for the Champions Day. The idea of the Champions Day was brought in to see which is the best horse for the season within their chosen class, often determined by the distance of the race.

All races on Champions Day are at different distances, apart from the one mile Queen Elizabeth II and the Balmoral Handicap. But, the latter is actually a Handicap race, and not a championship race, so they don’t clash in terms of who competes.

The Champions Series was devised in an attempt to attract a larger racing crowd throughout the year. Whilst it’s only been running since 2011, the increase in popularity has been apparent, seeing a 7% increase in attendances across the board.

Whilst the Champions Day has also only been about since 2011, the races that are on offer have actually been running for a fairly long time. The Long Distance Cup for example has been running since 1873 and was originally held at Newmarket, before making the switch to Ascot in 2011 to become part of Champions day. All other races follow the same suit with the latest starting life in the mid 20th century.

QIPCO are the main sponsors behind both the Champions Day and the Champions Series. QIPCO stands for the Qatar Investment and Projects Development Holding Company. Catchy, right?

The company, set up in 1999, initially started life within the property development and investment sector for business within Qatar. They’ve invested a lot of their own money over the years and with it have seen massive success in creating an infrastructure in Qatar.

One of their most recent dealings has been aiding in the bidding process for the 2022 Football World Cup, which Qatar won. They now aid the government in creating buildings, stadiums and transport links to promote the World Cup.

QIPCO also own that of Qatar Racing and Qatar Bloodstock and own a thoroughbred and breeding operation that is based in Gloucestershire, England. They’ve been able to invest in sponsorship deals for a number of high profile races and meetings throughout the UK, including the 2000 and 1000 Guineas, along with a long-term partnership with Ascot Racecourse.

There are 5 categories in total that work within the Champions Series: Sprint, Mile, Middle Distance, Long Distance and Fillies & Mares.

The day starts out with the Long Distance Cup, which is run over 2 miles and is the only Group 2 race of the day. The race is open to three year olds and older and comes with a prize fund of £500,000. The Challenge Series feeder races for this event include the likes of the Yorkshire Cup, Ascot Gold Cup, Goodwood Cup, Lonsdale Cup, Doncaster Cup, St Leger Stakes and the British Champions Long Distance Cup (performances from the previous year). Notable winners of the Long Distance Cup are Further Flight, Persian Punch and Trueshan who won in both 2020 and 2021.

The second race of the day is the Champions Sprint Stakes and is the first of Group 1 races, run over six furlongs and again for three year old horses and older. As the shortest race of the day, it’s often the most exciting but can also be the most unpredictable. The Sprint series feeder races include the King’s Stand Stakes, Commonwealth Cup, Diamond Jubilee Stakes, July Cup, Nunthorpe Stakes, Haydock Sprint Cup and the British Champions Sprint Stakes (performances from previous year). Notable winners of the Sprint Stakes include Muhaarar, Red Clubs, Set Fair and Jack and Jill.

Next race is that of the Champions Fillies and Mares’ Stakes. A Group 1 race run over one and a half miles and the second longest race of the day. The prize money comes in at £500,000 and Includes three year olds and older with both fillies and mares being eligible to enter. The feeder series includes races such as the 1,000 Guineas, Epsom Oaks, Coronation Stakes, Falmouth Stakes, Nassau Stakes, Yorkshire Oaks and the British Champions Fillies and Mares’ Stakes (performances from previous year). Notable winners include Shebeen, Crystal Capella, Journey, Dancing Rain and Ouija Board.

The Queen Elizabeth II Stakes commands the second biggest prize pool of the day, with £1,100,000 up for grabs. The race is run over a mile and is open to three year olds and older. The feeder races for this race include the 2,000 Guineas, Lockinge Stakes, Queen Anne Stakes, St James’ Palace Stakes, Sussex Stakes, Sun Chariot Stakes and the Queen Elizabeth II Stakes (performances from previous year). Notable winners include Minding, Olympic glory, Rose Bowl, Brigadier General and of course, the great, Frankel.

The Champion Stakes is probably the highlight of the day and comes in with one of the largest prize funds in UK racing of £1,260,000. The race is run over one and a quarter miles and is for three year olds and above. The feeder races for this race include the Coronation Cup, Epsom Derby, Prince of Wales’ Stakes, Eclipse Stakes, King George VI & Queen Elizabeth Stakes, Juddmonte International Stakes and the Champion Stakes (performance from previous years). Previous winners include Twice Over, Frankel, Cracksman, Alborada, Rodrigo de Triano and Spectrum. 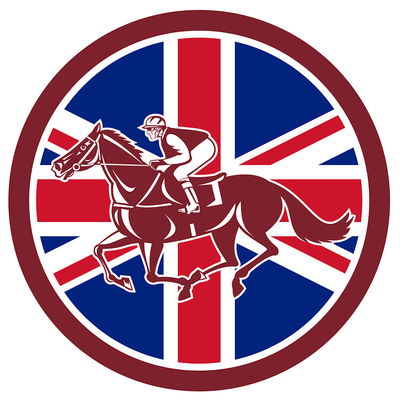 The formation of the series has in hindsight been of great importance to British Horseracing. It’s not only brought in huge overseas investment at a time where British Racing needed an injection of cash, but it’s also given yet another highlight for racegoers and even punters within the calendar.

The series, although not stated, is sure to rival the likes of the Breeders’ Cup that has seen great success within the US and is widely regarded as the most lucrative race meeting in the world. In fact, the very same Breeders’ Cup started with just one day’s worth of racing and follows the exact same format with feeder races amalgamating in the some of the best horses from around the world.

The races from the event have all been running for a good while (50+ years) and have been taken from some of the best races within both Ascot and Newmarket’s racecourse. Both racecourses used to hold end of season meetings, but now this is seen as the pinnacle and with it are able to attract huge crowds, that otherwise would be saturated in meetings held throughout the year containing these races.

In recent years there are two jockeys that really stand out when it comes to success at the meeting, and they are both Ryan Moore and Frankie Dettori. The pair have been at the top of their game for a number of years now, so it comes as little surprise to see them riding winners in the pinnacle of the British flat racing scene.

In terms of trainers, the likes of Aiden O’Brien, Sir Henry Cecil, John Gosden, Saeed bin Suroor and Freddy Head have all seen huge success, especially in the two bigger races of the Champion Stakes and the Queen Elizabeth II Stakes.

Frankel is one of the most iconic horses in racing history, period. His incredible record of 14 Group 1 races and 14 Group 1 wins sets him apart from almost all other horses. As a result, he was able to earn an official rating of 140 by the the end of his career and the highest Timeform rating in the history of the sport of 147.

Whilst Frankel won pretty much everything he could have in the game, it was the Champions Day where a lot of his success came, winning both the Queen Elizabeth Stakes in 2011 and rather more fittingly, the Champion Stakes in 2012.

The Champion Stakes victory in 2012 proved to be his last race before being put out to stud. The 32,000 sell-out crowd for the days racing were able to have witnessed one of the all-time greats of the sport, bowing out in the only way he knew. Winning.