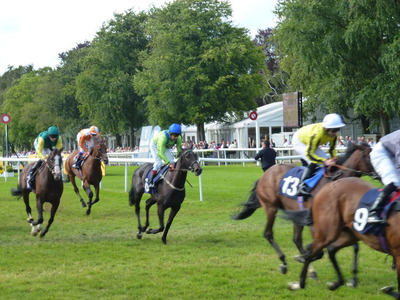 The July Festival is one of the highlights of the racing world. It includes some of the best horses and with it, some of the most competitive races over the flat. The Festival is more than just about the horses though, with glitz and glamour oozing, it’s very much one of the high society’s social events as well.

The meeting is held at Newmarket Racecourse on their July course as opposed to the earlier Guineas meeting on the Rowley Mile course.

It’s held over 3 days, from Thursday through to Saturday, with two of the days being able to host one a Group 1 race. These come in the form of the Falmouth Stakes and the star race of the meeting, the six furlong July Cup sprint.

This summer is already shaping up to be one of the most memorable in quite some time. Royal Ascot was as spectacular as ever, as were the British flat racing Classics. For fans of equine action, the summer months are really all about the abundance of quality racing festivals on offer. This week we have another such betting extravaganza for our viewing and punting pleasure, as we head to Suffolk for the 2019 Newmarket July Meeting. The speedballs may take centre stage in the meeting’s biggest race of the July Cup, but there’s plenty more on offer besides and here we run through the racing highlights on each of the three days. 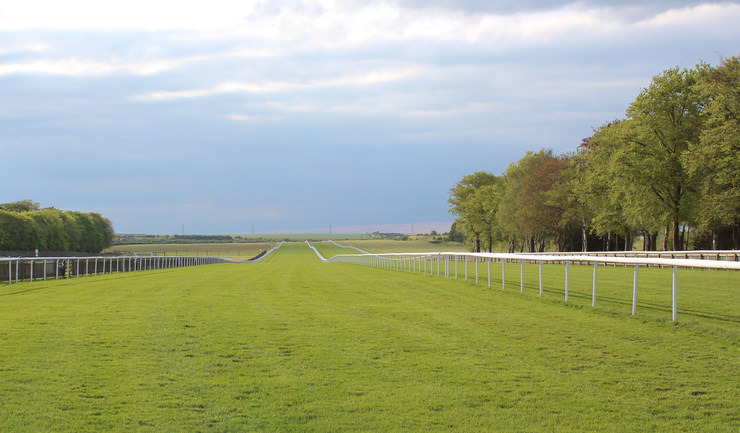 There are two main courses at Newmarket racecourse, the July Course and The Rowley Mile. For the July Festival, they do all their racing on the July Course. Both of the tracks and synonymously wide, which means that horses and jockeys tend to take different lines for each race.

The courses are actually quite different, although both measure over 2 miles. The July course includes a 1m straight in it and has quite a few undulations running throughout. Those that know horse racing will know that even minor undulations can throw off even the best trained horses, which often makes for interesting viewing.

In the run up to the finishing post the horses go through a dip, heading downhill with the penultimate furlong and then pulling uphill for the final. The uphill nature of the track will extract all the last bit of stamina from a horse and often favours horses that stay well, rather than those that are simply built for speed. 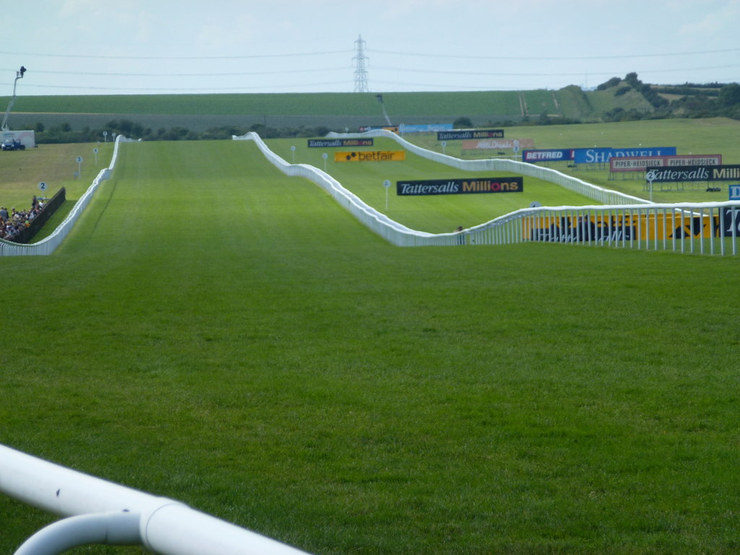 The July Cup is the highlight of the festival for many. It’s held over just 6f and is one of the fastest races over the course of the festival. The Group 1 race is open to horses aged 3 years and over and have been running since 1876. In fact, the race is held in such high esteem that the winner of the race is often crowned the Champion Sprinter of Europe, although this is technically unofficial.

In 2008, the July Cup was added to the Global Sprint Challenge. This includes 10 races around the world and the best sprinter is often thought as the horse that’s performed the best in as many of these races as possible. Other races include the Diamond Jubilee Stakes (Royal Ascot) and the Sprinters Stakes (Nakayama, Japan). The winning horse for the year receives a $1,000,000 bonus.

There are only two more valuable six furlong sprints held in the UK. These are the Diamond Jubilee Stakes at Royal Ascot in June and the season ending Champions Sprint Stakes in October, also from Ascot.

In recent years with the July Cup there has been a real mix of winners, with no one trainer/jockey combination really asserting their dominance. Clive Cox has probably been the most successful trainer of late, with wins in 2017 with Harry Angel and previously in 2013 with Lethal Force.

In terms of jockey’s the only multiple winners over the last decade or so has been Adam Kirby on Cox’s horses above and Paul Hanagan, wining on Muhaarar in 2015 and Mayson in 2012.

Three and four year old horses are often tough to beat around the track, with just one horse aged 6 or above winning called Les Arcs in 2006.

If we rewind the tape a little, Lester Piggott is the most successful jockey in the Cup’s history, winning on ne fewer than 10 separate occasions, ranging from 1957 through to 1992. Two trainers are currently tied with most wins at the race, Charles Morton and Vincent O’Brien with 5 wins a piece. 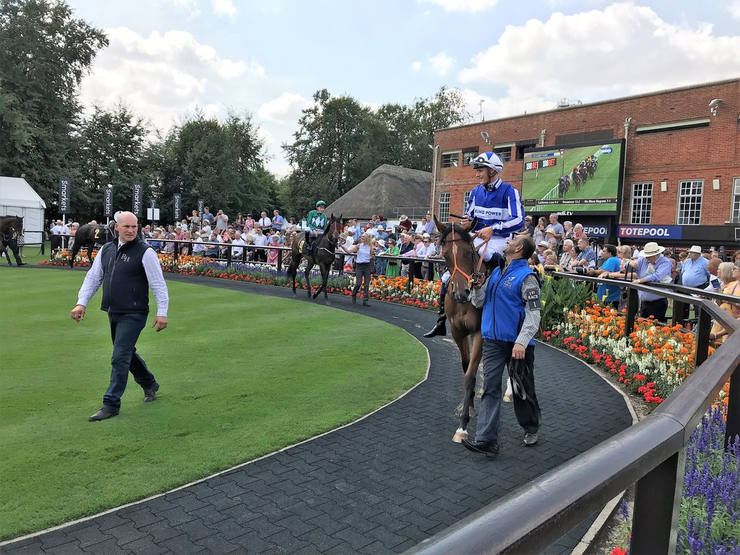 The other Group 1 race, held on the Friday of the festival, is that of the Falmouth Stakes. A 1 mile in distance race, it attracts some of the best fillies and mares in the country, all aged 3-year-old and up. With £200,000 on offer, it’s also the second most valuable race at the festival, behind only that of the July Cup.

Unlike the July Cup, there have been many more trends to take note of, mainly down to the relationship between Ryan Moore and Aiden O’Brien. The pair have won two of the last three Falmouth Stakes on Alice Springs in 2016 and Roly Poly in 2017.

Interestingly, the race has only twice been won by a horse aged 5 or up; first in 2001 with Proudwings and then again in 2004, when Soviet Song had back to back wins. Whilst the July Cup is the highest rated of the two, it could be argued that the Falmouth Stakes has seen more of the greats. Horses such as Goldikova, Soviet Song and Sonic Lady, to name just a few.

But, one thing that has remain consistent is that of the most successful jockey in the race, coming in the form of Lester Piggott. He managed to win a record 7 times throughout his career from 1957 through to 1994. 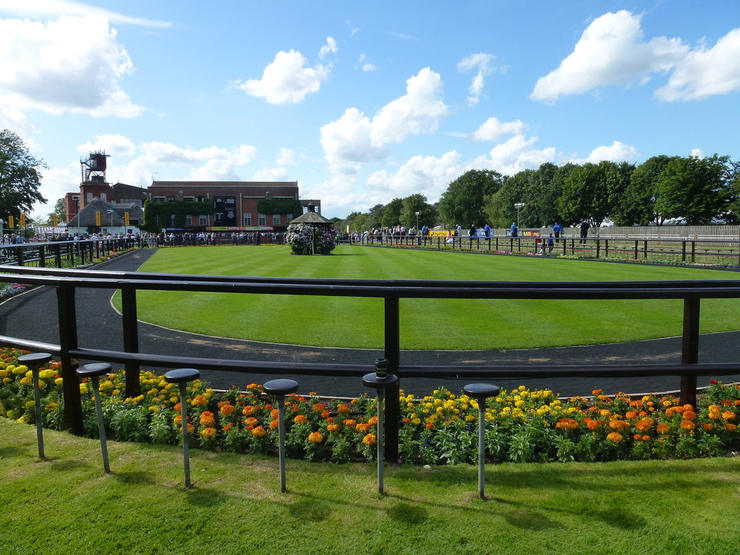 The Bunbury Cup is one of the most hotly contested flat handicap races of the year. Run over 7f, this is one for the sprinters and has seen some big names win it since it started life in 1962. Jockeys that have seen success in the race over the last decade or so include the likes of Frankie Dettori, Ryan Moore and Adam Kirby.

Group 2 & 3 Races at the July Festival

There are 21 races in total over the three days of racing during the July Festival. Outside of the feature Group 1s and the Bunbury Cup handicap, there’s also four Group 2 races and a Group 3 Race. This Group 3 comes in the form of the opening race of the festival, The Bahrain Trophy Stakes, which with £150,000 to be won is the third most valuable race of the meeting.

The Bahrain Trophy comes with a higher prize fund than all of the Group 2 races, currently set at £150,000. It’s open to 3-year-old horses and is run over a distance of 1m 5f. It’s an important race at the July Festival due to the fact that it actually opens the festival on the Thursday.

It’s importance comes from the fact that many horses that do well here are often put forward for the St Leger, the last of the Classic flat races.

The July Stakes is almost the little brother to the July Cup, running over the same distance of 6f, but is targeted towards 2-year-old and up colts and geldings. It’s seen as a great stepping stone to the feature race and many horses that have done well in this race have gone on to de well in the July Cup also.

A race to honour that of Alexandra of Denmark, who became Princess of Wales in 1863, this 1m 4f race takes up all of the July Festival course. Its right handed turn that needs to be negotiated is tougher than many think and as a result, some of the best three-year-old horses have seen success here. With £100,000 up for grabs, the race is another major attraction at the event.

The Duchess of Cambridge Stakes is one of the most important 6f races of the year. It’s often a great early indication to see which horses might do well in the 1,000 Guineas the following season, with several winning this and then going on to win one of flat racing major races.

At 6f and open to two-year-old fillies only, it’s a fairly unique bunch, but a great way to see the future potential over this distance. Prizemoney currently sits at £80,000.

The Superlative Stakes is run over 7f and is another Group 2 race that has great significance. It’s open to 2 year olds only and with it some of the stars of the future have raced. Past winners have included Dubawi, Olympic glory and Commander Collins, to name but a few. Prize fund is also at £80,000. 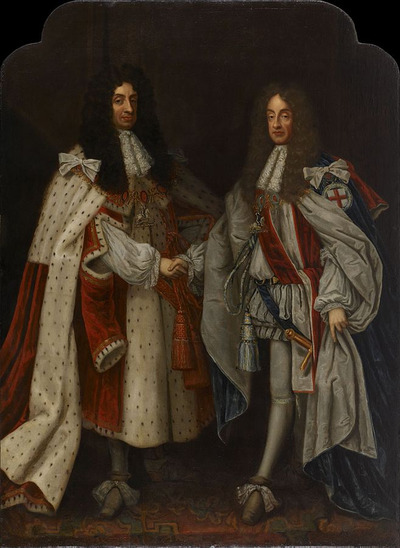 Racing at Newmarket dates back to around 1667 when it was officially opened. But, it’s reported that racing took place within the town even before that, namely under the rule of James I. It was Charles II who were frequenting the town with James II and it’s stated that the first ever race was between horses owned by Lord Salisbury and Marquees of Bucking in 1622, with a prize of £100 up for grabs.

But, it was Charles II who took the reins to really kick on horse racing within Newmarket and from there started the Newmarket Town Plate. In fact, Charles II is still the only monarch to have ever rode a winner at Newmarket.

The July meeting was started until 1765, where it took place over a couple of days in July. As the popularity of the meeting grew as did prize money and the calibre of racing on offer. The two longest standing races are that of the July Cup and the July Stakes.

The July Stakes was first run in 1786, which actually makes it one of the oldest horse races still in existence in the UK. In fact, it’s the oldest horse race in the world exclusively for two year olds! The July Stakes was upgraded from Group 3 to Group 2 status in 2003 and is now widely regarded as one of the most important races on the flat racing scene.

The July Cup didn’t arrive until 1876, some 90 years later. Queen Victoria was the owner of the first ever race, with Springfield who was trained at the Hampton Court Stud. The Group 1 race is now one of the most valuable and prestigious sprint races in the UK, offering up a huge prize pool of £500,000 in 2019.

Sir Charles Bunbury will go down as one of the real legends of the sport of horse racing and one of the main driving factors as to why the sport is so popular today. He was elected in 1768 as the senior steward to the Jockey Club and widely regarded as one of the great “Dictators of Turf”.

Whilst many of you will likely never have heard of him, it could have been very different when a coin toss with Lord Derby at the time decided the outcome of who’s name would take the mantel as one of the biggest races in the world, The Derby. It could have so easily been called the Bunbury stakes, totally changing the course of history, such was his importance.

The Newmarket July Festival saw fit in naming the Bunbury Cup after him to honour his work and dedication within the industry over the years. 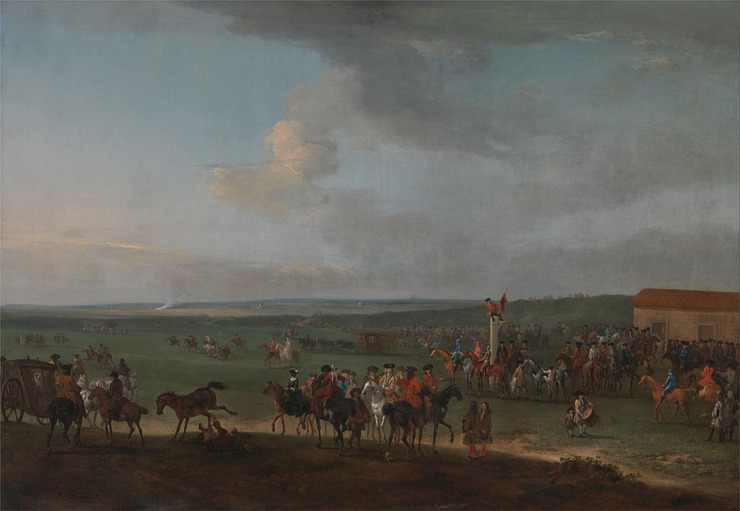 The Round Course at Newmarket, Cambridgeshire, Preparing for the King’s Plate by Peter Tillemans, Wikimedia Commons

The Newmarket Town Plate has been running since 1666 thanks to that of King Charles II. He extended the Round Course and this is where and the only race that is run on the track for the festival. The race is run prior to that of the July Festival and often seen as the curtain raiser for most. At 3 mile 6 furlongs long, it’s also one of the longest races within the UK.