The Grand National name is one of the most recognisable in all of horse racing. Whether you’re completely new to the sport or are a die-hard racing fanatic, there’s a good chance that you’ve come across the term, “Grand National”.

Most people will immediately think of the race that takes place every year at Aintree. Given that this is the biggest steeplechase in the world and that it attracts a viewing audience of millions, that’s understandable.

The Scottish version of this contest is the Scottish Grand National. The meeting usually takes place the following week from Aintree (the week before in 2022) and with it thousands of spectators flock to see another hotly contested steeplechase. In fact, many see the race as a great hunting ground to find future winners of the Aintree National, though it is a strong race on its own.

The race takes place at Ayr racecourse, which is one of just five that are located in Scotland. The ties to the Scottish Grand National have made it one of the most popular tracks in the UK, let alone Scotland.

There are a total of 15 races across the two-day Scottish Grand National Festival with the big race itself taking place of the second day.

Ayr is a stunning racecourse that was first opened in 1907. The course is famed for host both national hunt and flat racing, which means it’s open all year round and is one of the biggest tourist attractions and economic benefactors to the town of Ayr.

Even though the course didn’t open until 1907, there had been racing at the site dating back to as far as 1576, however it’s widely agreed that the sites first official meeting didn’t take place until 1771. This site was actually within the Seafield area of Ayr and host over a mile in length with sharp bends being one of the many characteristics of the track.

There were many keen investors of the track in the early days, including the likes of Earl of Eglinton, Sir James Boswell and the Duke of Portland. They realised from an early stage that the success of Scottish racing and racecourses in particular were dependent on their backing, which is why they played such an active role in terms of improving and fundraising for the course.

By 1824 the course had established a stellar reputation as one of the best in the UK. The Western Meeting was one of the most significant of the year and with came a £2,000 kitty along with the most valuable 2-year-old race of the season in Britain.

The Ayr Gold Cup was then formed in 1855 and along with the now Grand National, makes up a significant part of the highlights of the year at the racecourse.

The Move to Craigie

The calibre of racing and volume of people that were starting to flock to the site meant that the course was starting become very limited in terms of size, particularly in the paddock area. The new racecourse plans were passed in 1907 and eventually shifted to its current location on the Craigie area of town.

A common theme for new courses of that era were to copy the blueprint of already successful courses that were working well within the UK. Ayr’s blueprint was copied from that of Newbury racecourse, with the only difference being that Ayr’s straight was 6 furlongs, compared to Newbury’s mile.

Up until 1950 the course was only run as flat racing. The jump track was to be installed and some 16 years later, the Scottish Grand National was moved to the site where it has remained since 1966.

The two courses are very different from each other. The flat track is a 12 furlong left handed oval and is predominantly flat. It’s often considered to be a good test for horses to see what sort of level they are at on pretty neutral ground. The jump track is pretty brutal and along with the conditions, the track is hard one to navigate. The course is 1 and a half miles in length with 9 fences.

The course has won several awards in its time, including “Best racecourse in Scotland and North East” nine times, Best Dual-Purpose Course twice, and two awards for food and beverage as well as owners’ experience in 2012. Visit Scotland rate it as a 5-star facility as a result.

The first day is often referred to as Ladies Day and includes a great line-up of races for punters to enjoy. The highlight of the day is the big Handicap Chase, which is a Listed race and is run over 2m 4f 110y. Other races on the day include the Novices’ Hurdle, Novices’ Handicap Hurdle and the Class 2 Mares’ Handicap Hurdle as well.

The main day of racing comes on the Saturday, and the eight races that take place throughout the day are some of the best in the country. There are four Class 1 races and they are the opening Handicap Chase, Scottish Champion Hurdle, Future Champion Novices’ Chase and of course the Scottish Grand National.

Whilst the two races are of high importance, they are very different. The Scottish Champion Hurdle is run over just 2m and is one of the shortest races of the festival. It comes with a prize fund of £60,000, with first place picking up 0ver £34,000. The only multiple winners of the race are Sea Pigeon and Birds Nest, both winning it twice.

The highlight of the festival is the Scottish Grand National. Run over a gruelling 4m circuit, it’s one of the fiercest steeplechase races in the world. With a prize fund of £150,000 and a first place prize of over £84,000 it is one of Scotland’s richest horse races. The course includes 27 fences to be jumped in total.

Here is how it compares to the Grand National at Aintree:

As you can see the race is much more of a feeder race into the main event as younger horses are able to enter, but that doesn’t take away from the quality of racing on offer and they fact they still need to navigate a tough four mile course. 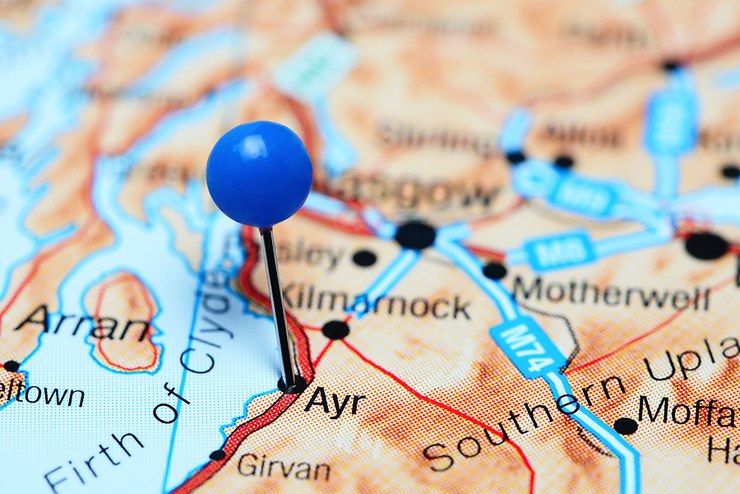 The festival will welcome over 25,000 racegoers making it the largest attendance at any race meeting Scotland. Recent renovations to the Ayr racecourse has meant that these numbers have been able to increase steadily year on year.

The weekend sells out pretty much every year and it is reported that 1,600 meals will be served on the Saturday alone. It’s suggested that multiple millions get ploughed into the local economy each year as a result, with virtually every hotel room within about 20 miles of the track being sold out months in advance. The same goes for things like taxi’s, buses, restaurants and bars.

The race itself has three standout performers, which are Couvrefeu II, Southern Hero and Queen’s Taste. Each won the race on three separate occasions. The leading jockey at the race is Charlie Cunningham, who rode four winners in the 1880’s. Since the race moved to the current location, this record is held by Mark Dwyer, with three winners in 1984, 1985 and then 1996.

In terms of trainers, the most successful are Neville Crump and Ken Oliver. Both trainers have five wins to their name, but Oliver also holds the record for most wins since the switch to Craigie, with four in total from 1970 through to 1982.

There have been a number of winners of both the Scottish and English Grand Nationals, including Music Hall in 1922 and more recently Little Polveir and Earth Summit. The only horse to win both the English and Scottish Grand National in same year was the incredible, Red Rum in 1974. 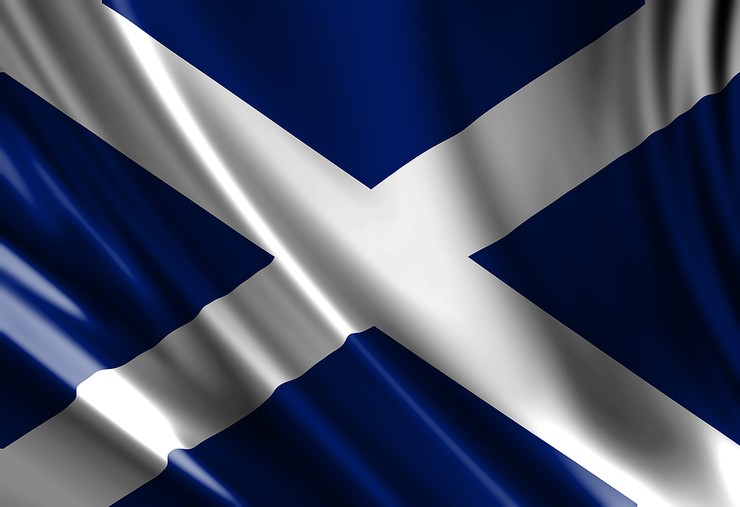 The Scottish Grand National dates all the way back to 1858. The race was run at a course in Houston, not too far from Glasgow. The original race was run over a gruelling 32 fences, but at the time many of those fences were in fact made out of stone walls.

In 1867 there were many objections about the race being run in Houston. The objections were carried and the race was subsequently moved to Bogside Racecourse, which is not too far from Irvine.

The race was initially run over three miles and then progressively got longer. It was first won by The Elk, which was a horse owned by the Duke of Hamilton. The race didn’t take its current name until 1880 and the winner that year, Peacock.

The closure of Bogside racecourse in 1965 came about after funding was halted for the course. The fact that it was situated just 12 miles from the newer facility in Ayr meant that to have two so close wouldn’t be financially viable. The shift to Ayr came about in 1966 and the final increase came about to its present length of 4 miles.

Charlie Cunningham isn’t just an iconic name with the Scottish Grand National, but Scottish racing as a whole. He won the race on four sperate occasions in 1881, 1885, 1887 and 1889, a feat that hasn’t been matched even to this day. He also won the National Hunt Chase Challenge Cup in 1886 as well.

Cunningham is widely regarded as the greatest Scottish Jockey of all time. What’s unique about the man is that he wasn’t built like your traditional jockey. He stood 6”1 and weighed almost 12 stone, which is huge compared to most.

He enjoyed a huge amount of success all around the UK and is the one of only two jockeys to win six jump races in a single day, a feat he achieved in 1881, the same year as his maiden Scottish Grand National victory.

Ken Oliver is the most decorated trainer in the Scottish Grand National and was able to train five winners in 1963, 1970, 1971, 1979 and 1982. What’s impressive about Oliver is that he was able to win one of those at the old Bogside Racecourse and then the next four came at Ayr Racecourse.

Oliver had limited success in the Grand National as well, becoming the only trainer to have three horses finish in second place and to have never won the race. But, he had trainer over 1,000 winners in his career, including the Grand Annual Race at Cheltenham Festival, Arkle Challenge Trophy, Hennessey Gold Cup, Greenall Whitley Gold Cup, Charlie Hall Chase and the ASW Handicap Chase, to name just a few.