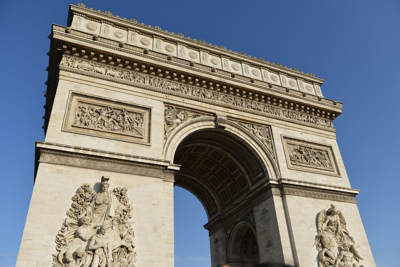 The Arc is one of the richest and most iconic horse race meetings in the world Held on the first weekend in October and last over 2 days. The meeting includes no fewer than 7 Group 1 races throughout what is thought to be one of the most absorbing weekends racing money can buy.

The meeting is held at Longchamp racecourse, which is situated in Paris, France. Although, due to extensive improvements in facilities at the track, it’s had a two-year layoff, retuning in 2018 back to Longchamp.

Whilst all races are top drawer, the highlight of the weekend is without doubt the Prix de l’Arc de Triomphe, which is widely regarded as one of the most prestigious and richest horse race in the world. Tens of thousands of visitor’s flock to the course from all over Europe and even globally, just to get a glimpse of some of the world’s best flat racing.

As October rolls around, the eyes of the racing world turn to France as they host one of the world’s greatest horse races, the €5,000,000 Prix de l’Arc de Triomphe.

Outside of the main event there are 14 races across Saturday and Sunday, 11 of which are Group races. Raiders will be sent from all over the globe and as always there will be no shortage of British and Irish interest across the Channel.

In addition, there are also two purebred Arabian horse races. On Saturday there is the Arabia Trophy Des Juments for fillies. On Sunday there’s €1,000,000 up for grabs in the Qatar Arabian World Cup. 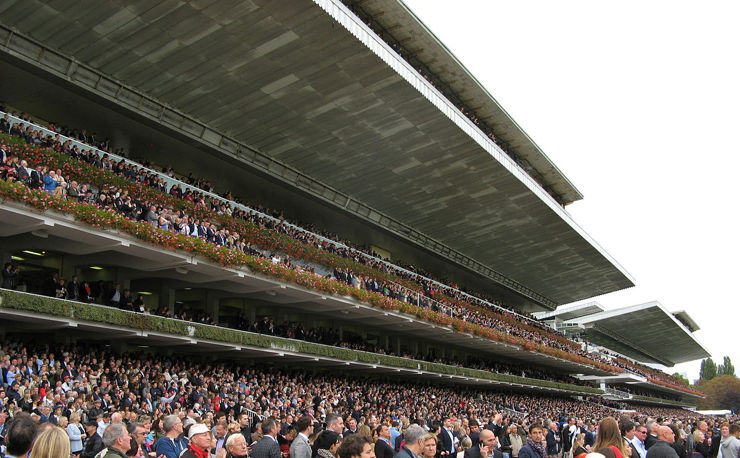 Longchamp is undoubtedly one of the most iconic racecourses in the world, let alone France. The 57-hectare site is located on the Route des Tribunes in the Bois de Boulogne, Paris. It’s been designed to be used exclusively for flat racing, but the proximity of the racecourse to the centre of Paris means that it’s often seen as a ‘high society’ outing for many of the rich and famous within the city.

The sheer size of Longchamp means that it can cater for races ranging from 1,000m to 4,000m, with a staggering 46 different starting points throughout. A capacity of 50,000 people means it’s the biggest in France and as a result, gets over half of the Group 1 races that are run in France.

The track itself has many different layouts, but it’s most famed for its hill that runs up towards the home straight, providing a brutal test even for the strongest of horses. The hill has found out many a top-level horse and it’s important for jockeys to time their run-in order to succeed. Many trainers will only use a handful of jockeys for their main horses, jockeys who have extensive knowledge of the track for this exact reason. Go too soon and the horse has next to no chance in getting up the bank first. 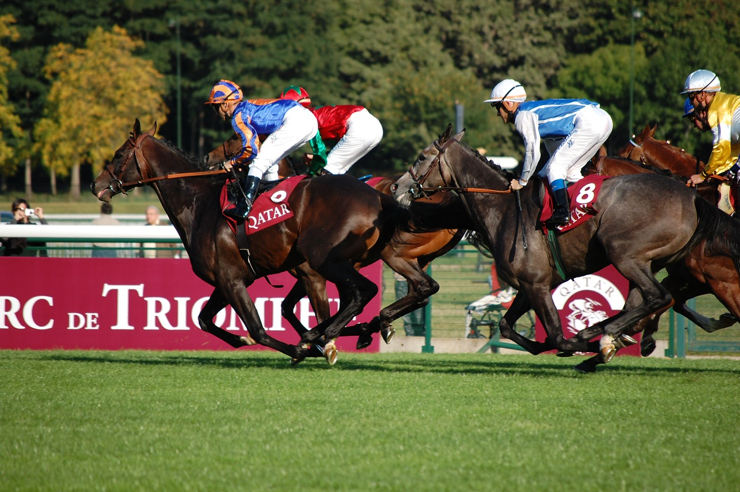 There are few Group 1 flat races that are held in as high regard as the Prix de l’Arc de Triomphe. The race has been running since 1920 and with it has seen some of the greatest horses to have graced the planet win and compete.

The race is run over 1 ½m and is commonly known as simply the ‘Arc’. The prize money of €5million makes it the richest turf horse race in the world and the 3rdof any race, only behind that of the Dubai World Cup and the Pegasus World Cup.

The French and even all horse racing fanatics for that matter, see the Arc as a festival, rather than just a horse race. In fact, a famous saying in France is that of “Ce n’est pas une course, c’est un monument”, which translates to “it’s not a race, it’s a monument”.

The Arc’s first appearance was in 1920 with the first race being won by that of Comrade. As part of his winnings, the owner was able to take home 15,000 francs. As the race continued to grow, it was able to secure funding from the lottery, which enabled to continued financial support it needed to keep with other Group 1 races around Europe and in particular, the UK.

Lottery funding ended in 1938 and the race took a brief gap in 1939 and 1940 due to the war. But, as racing continued to grow following the war, the funding returned in 1949, offering up a huge jackpot of 50 million francs. Obviously, this sum of money really started to put the race on the map and attracted horses from all over the world.

The lottery money started to die out in the seventies and by 1982 had disappeared altogether. Fortunately, the Arc was already considered to be one of the best races in the industry, so gaining sponsorship for the race wasn’t all that difficult.

The current sponsor for the race is that of Qatar Racing who have been the made funding source for the race. When they came in by 2008 they increased the prizemoney from €2 million to €4 million. That sum has increased once again, making €5 million and the richest horse race on turf.

The two day meeting means that the races come thick and fast for Arc weekend. The Saturday is seen as warm up to the Sunday, which includes the Prix de l’Arc de Triomphe.

Whilst many people are interested in the Arc, the Saturday actually includes one of the biggest days racing that you can find, with 7 Group 1 races in total.

The biggest outside of the Arc, in terms of prize money at least, is that the Arabian World Cup. This race has only been running since 2008, but comes with a hefty prize pool of €700,000.

Whilst all the races are able to strongly stand on their own two feet, offering some amazing races from the best horses in the world, the Prix de l’Abbaye de Longchamp is probably the best known out the lot. With a prize fund of €350,000, it’s by no means the richest race of the weekend, but it is probably the most important.

The l’Abbaye has been a Group 1 race since 1976 and with it is run over just 5f, making it one the biggest sprint races over flats. The race also became part of the Breeders’ Cup Challenge Series in 2009 to gain entry to the Turf Sprint but was removed in 2011 to reduce the number of feeder races into the event. However, it is still heavily recognised by the judging panel for the Turf Sprint and more often than not, the winner will be featured.

Whilst all races hold strong merit, for us the next most important is also that of the oldest, in the form of the Prix Jean-Luc Lagardere. The race was first run in 1853 and comes with a prize fund of €350,000. The 1m race is another one for the sprinters and again is added to the Breeders’ Cup Challenge Series, with the winner gaining entry into the Juvenile Turf race. The likes of Rock of Gibraltar and Arazi have seen success in this race.

A lot of punters will tell you that the Arc is one of the toughest races to call all year. The quality of the field is almost unrivalled an with so many proven winners that have been trained exactly for this race, it means that picking a winner can be tough.

The age of the horse is often something that is worth considering. 3YO horses will be carrying a weight 56kg, whilst 4YO+ will have to carry 3kg more, at 59kg. This often tends to favour the slightly younger horses rather than the old-guard. Given that only one horse over the age of 5 has ever won the race (Motrico, 1930 aged 7), it seems to stand up pretty well.

It’s also pretty interesting to see in that no horse has been able to win the Arc on more than 2 occasions. There are 7 horses that have won twice, which include Ksar, Motrico, Corrida, Tantieme, Ribot, Alleged and, most recently, Treve.

The leading trainer is that of Frenchman, Andre Fabre. He’s been able to win the race on 7 separate occasions, ranging from 1987 up his last win in 2006.

Last Ten Winners of the Arc 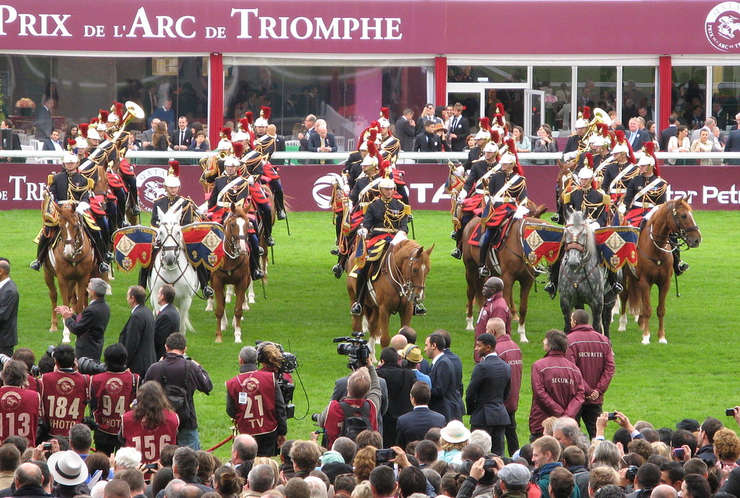 A former governing body of French racing, known as the Societe d’Encouragement, were trying to propel the status of French horse racing around the world. They already had the Grand Prix de Paris and Prix du Conseil Municipal, bringing in horses from all over the world.

The proposal for a third race to create a trio was put forward in 1920 and was designed to showcase French thoroughbred breeding. The name came as a result of the victory parades that took place around the Arc de Triomphe in Paris after the war. It was decided that Longchamp would host the race and the rest, as they say, is history. 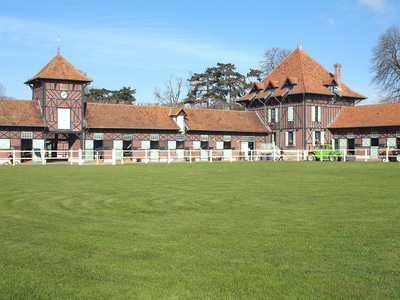 Marcel Boussac is the leading owner for the Prix de l’Arc de Triomphe with 6 wins in total, ranging from 1936 to 1949. Bloussac’s background was in textiles though and it was here where he made his money initially, setting up Christian Dior’s latest fashion house in Paris as one of his strongest claims to fame.

But, as an avid horse racing fanatic, Boussac was able to purchase a breeding farm in Lower Normandy, buying and selling horses from Europe and the United States. His eye for picking the right horses and being able to get the best out of them was simply staggering.

Boussac’s stable picked up leading trainers award and topped the money list on 14 times. He also became the top breeder in the country, winning that award seventeen times. Boussac’s success wasn’t just limited to France either, winning the likes of the Epsom Derby, Epsom Oaks, 2,000 Guinea’s, St Leger Stakes, ascot Gold Cup and plenty other throughout the UK.

Andre Fabre is the leading trainer in the history of the Arc, with 7 wins to his name ranging from 1987, to his most recent in 2006.

Fabre began life as a stable boy, before moving on to a jump jockey himself, winning over 250 jump races.

He had a keen eye for flat racing horses though and stated training horses in the early 1980’s. Since then, he’s won the French Champion Trainer on 24 occasions, including 21 years in a row from 1987 to 2007. He’s been able to train winners of the Breeders Cup racing series and others around the world, including the Epsom Derby. 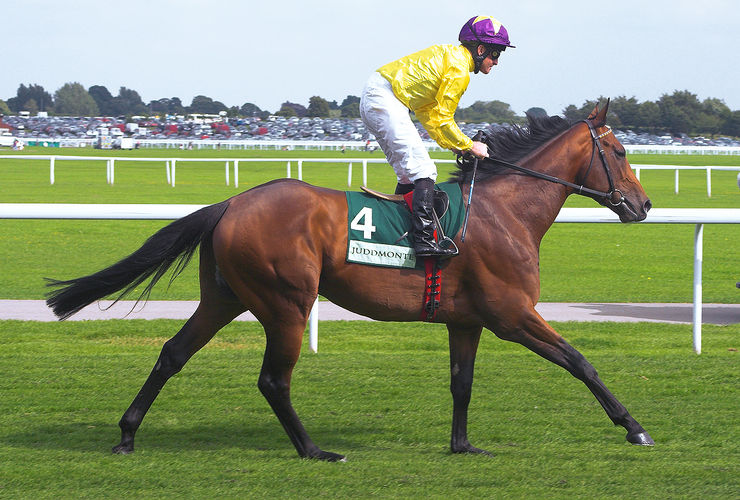 Sea The Stars has gone down as one of the best Irish thoroughbreds of all time. Owned by Christopher Tsui and trained by John Oxx, the horse has managed to win just about everything in an illustrious, if relatively short career.

There is no doubt that the horses win in the 2009 Arc was one of the many highlights to this impressive horse’s career, but the fact that he also went on to win the 2000 Guineas and the Epsom Derby in the same season is nothing short of remarkable; a feat that has never been achieved before.

The horse managed to earn over £4million for its troubles, with other wins including the Champion Stakes, Eclipse Stakes, Beresford Stakes and the International Stakes. Sea The Stars also reached number 1 in the world rankings for thoroughbreds in 2009 and had a highest Timeform rating of 140.