There are many aspects to understanding the world of horse racing. Knowing the two different disciplines of the sport, namely flat and National Hunt racing, is clearly key; but also is the knowledge that the two branches of the racing tree are each further broken down into various quality classes.

There is a little bit more to it as well. Whereas the class of a race refers to the quality and ability of the likely participants, a race’s “type” tends to deal with the sort of horse permitted to enter, be that in terms of experience, value or some other factor.

In this article we’ll cover both the grades and types of race that you’ll encounter, but first we’ll start with the absolute basics. What’s the difference between flat and jumps? 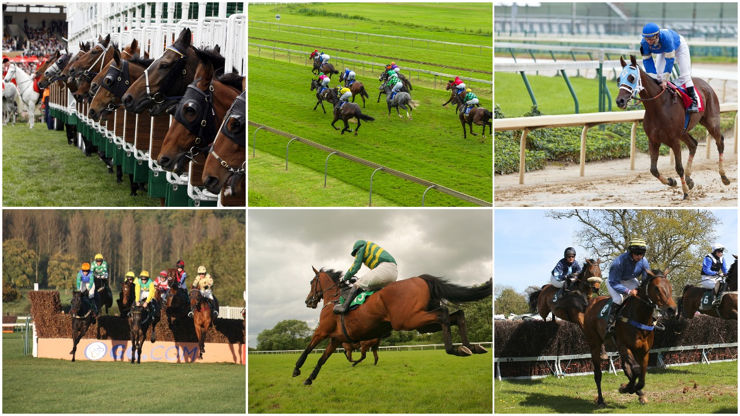 First things first, let us outline the two main types of horse racing: flat racing and National Hunt (or jumps). It is worth noting that harness racing, where horse pull a driver in a two-wheeled cart, is popular in some parts of the world, but we’ll focus on flat and National Hunt here.

So, as the name suggests, flat racing involves horses competing with no obstacles. Considered the most pure form of racing by many, races range in distance from five furlongs to over two miles and are categorised according to their relative prestige (see below for details). Big flat races include the five British Classics (1,000 Guineas, 2,000 Guineas, Oaks, Derby and St Leger) and the Ascot Gold Cup.

National Hunt racing, in contrast, almost always requires the horse to jump over obstacles (fences, hurdles or ditches). We say “almost always” because there are some National Hunt flat races known as Bumpers which are utilised by trainers to give their horses who have not previously raced on the flat or over fences some racing experience.

The biggest single National Hunt race is the Grand National, run at Aintree every April although there are lots of high-profile races throughout the jumps season, with many at the Cheltenham Festival, including the Cheltenham Gold Cup.

Both flat and National Hunt racing have grading systems to make the standard of each race apparent. They allow punters (and others) to understand whether a win in a previous race is likely to have a bearing on the upcoming run by giving a comparison of the quality of each.

The highest quality races in the National Hunt calendar are classified as Grade 1, followed by, unsurprisingly, Grade 2, then Grade 3, Listed, Handicaps and the aforementioned Bumpers being the lowest of the low in terms of prestige.

Just to complicate things, the races are also split into classes, with Graded and Listed races all belonging to class 1, but other races could be way down at class 7. As such a horse who has won three class 5 races in succession may not have as good a chance as a novice punter may think if competing in a Grade 2 race (a common mistake being to look at the recent form in terms of finishing position but not the standard of the races run).

As you go down the prestige ladder, the quality of the horses gradually diminishes, as does the prize money up for grabs. There are only 30 Grade 1 races in the UK in the National Hunt season, in which the horses are given no weight penalties (handicaps) for previous victories.

In Grade 2 races, the weight carried by a particular horse is determined by age and sex but with minor penalties for previous wins. Whereas Grade 3s and Listed races tend to have more emphasis on the handicap rating with a bigger range of weights. Races of class 2-7 are purely handicap-based whereby a horse must reach a particular rating before racing at a higher class. 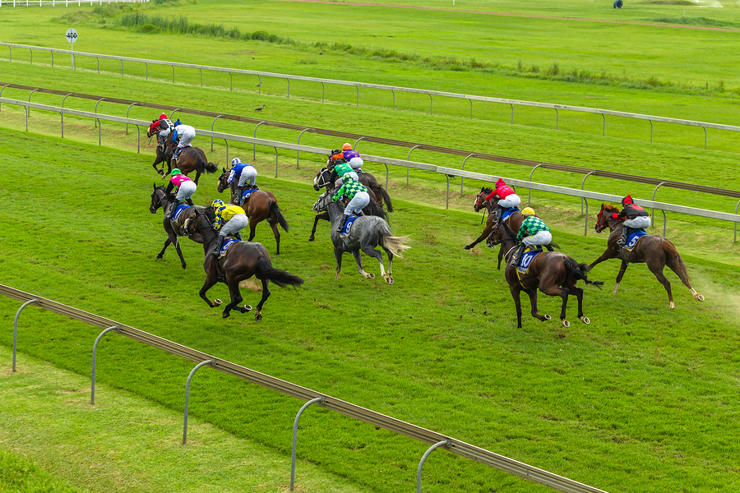 At the top of the Flat racing tree come the Classics, mentioned above. After which comes the other Group 1 races – broadly equivalent to Grade 1 in National Hunt racing – followed by Group 2 and Group 3 races, then listed races and, finally, handicaps (which are the least prestigious). The five Classics are open only to three-year-olds, with the 1,000 and 2,000 Guineas being run at Newmarket, the Oaks and the Derby at Epsom Downs and the St Leger at Doncaster.

Aside from the Classics there are many other Group 1 races held in very high esteem, not least some of those contested at the Royal Ascot festival, including the Ascot Gold Cup. The horses’ weight in Group 1 races is determined by the specific conditions attached to a specific race. Listed races come next in the pecking order which – along with the Group races – are bunched together as Class 1 races. Classes 2-7 follow on from there in descending order of prestige and stature.

With races of Classes 2-7 the British Horseracing Authority assesses horses and gives them an official handicap based on their ability, which corresponds to the amount of weight they must then carry when racing. Each Class has a corresponding handicap level to ensure horses of similar ability are racing against one another. This is not to say that the official rating is not sometimes way off the mark, and finding one that is could be your ticket to a very nice win!

So while the systems of Grades, Groups and Classes for flat and National Hunt racing can seem something of a minefield on first glance, it’s really fairly self-explanatory. If you remember that Grade 1 is the pinnacle of the National Hunt side of things and that the Classics and Group 1s are at the top of flat racing, you can just work down from there.

So for instance if you find a horse who has been placing regularly in Grade 1 races but is dropping down to Grade 2 next time out, it could have a very good chance of success and could be worth backing if the odds are good enough. Conversely, a horse who has narrowly won four listed races in a row on the flat who is then competing in the Derby, it might get very well beaten when up against the best in the business. So keep things simple, do your research and hopefully you’ll be picking out the winners before you know it.