One of the most appealing elements of National Hunt racing in the UK is the variety that it provides. We of course have hurdle races over the smaller obstacles, in addition to steeple chases which present a stiffer jumping challenge to the contenders, both figuratively and literally. Then there are the familiar National Hunt flat races, or “Bumpers”, which feature on many race cards.

There is, however, also a fourth type of event on the racing calendar, in the UK, Ireland and racing nations further afield; namely that of the cross country chase. As the title would suggest, these events have more in common with steeple chases than they do with hurdles or Bumpers, and generally place a similar emphasis on a horse’s jumping ability. Cross country contests are very much their own thing, featuring all manner obstacles, both natural and man-made, which are not encountered during a standard chase event. Here we take a closer look at one of the most unique, and instantly recognisable, race types in the sport.

The Origins of Cross Country Racing

In many ways, cross country is the purest form of jumps racing, which features as part of the modern British and Irish racing programme; largely being based upon the type of event which initially led to the establishment of the steeplechasing arm of the sport.

It was Ireland which gave birth to the steeplechase way back in the 18th century, when competitors were quite literally required to race from one church steeple to another – hence the name. With no official “course” to speak of in these events, runners and riders navigated the quickest route possible across the countryside (cross country), tackling whichever obstacles stood in their path – hedges, walls, streams, and so on.

Soon spreading to Britain, such races often took place over fairly demanding distances, with early contests in the UK taking being held over trips of up to eight miles – not far off the distance of two Grand Nationals! The popularity of this form of steeple chasing soon led to a more organised version being established i.e. one which was held over a set course and distance and which featured regular man-made obstacles – with the first contest of this type in the UK being held in 1810.

And, so the modern version of the steeplechase was born. Horse racing hasn’t forgotten its roots though, and modern cross country events are perhaps best thought of as being racing’s nod to how the chase race began.

What does a modern cross country race look like? These days the officially recognised versions of such events do generally take place on an actual racecourse, rather than over the rolling countryside. Not on the same course used for chasing and hurdling contests though, with the venues which provide cross country racing having dedicated courses for such events. These courses will often lie alongside – or incorporate elements of – the main track, but are used for the sole purpose of staging cross country events.

When watching a cross country race, one of the most notable differences is the absence of the familiar white railings which mark out the track in flat, hurdling and chase contests. Whilst these railings do feature on sections of the route – often where the track crosses the standard hurdle or chase course – large portions of the course and distance are marked out only by potted hedges or flags, lending a more wide open feeling to the race.

As such, you should expect to see banks, living hedges which are actually planted into the track, white picket fences, water features and more, with the odd standard fence thrown in for good measure. In terms of agility and adaptability, these races represent the greatest jumping challenge which the sport has to offer, and help to add a real dose of character and tradition to every meeting at which they take place. 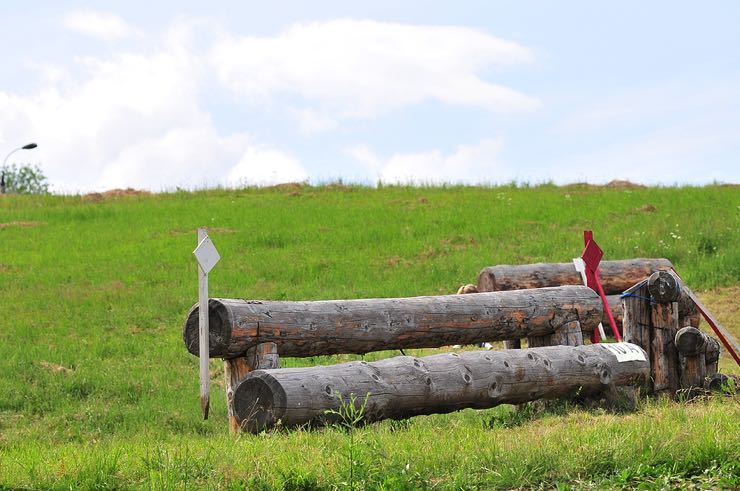 Should you hear mention of a cross country contest for horses, it may not necessarily refer to the type of race discussed here. The equestrian sport of eventing also has its own variation on cross country which, whilst having some similarities with horse racing’s version, is really a very different sport.

The similarities come with the distances over which the events take place – generally 2m6f to 4m in cross country eventing – and with the types of obstacles encountered. In the sport of eventing, these obstacles are, if anything, even more varied than those featured in a cross country chase; featuring logs, streams, banks and hedges, in addition to often technically difficult man-made fences.

Whereas in a cross country chase all runners set off at the same time and it’s a straight race to the finishing line, in cross country eventing competitors take to the track one at a time and are scored both on their time and the accuracy with which they navigate the obstacles.

Cross country races aren’t represented in anything like the same kind of numbers as standard hurdles, chases, or even bumpers, but really that relative rarity only serves to add to their appeal. Whilst low in number, there are nevertheless a number of fairly prestigious cross country events held over the course of the racing season.

The biggest cross country race in Britain actually has a strong link to equestrianism, with the course having been designed by Mike Etherington-Smith, the same man who developed the cross country course which was used in the three day eventing at the 2000 Olympic Games in Sydney.

The crown jewel of the British cross country program, this event is the headline act of the three cross country events to take place at Cheltenham racecourse each season. Held on the second day of the magnificent Cheltenham Festival in March, the race is open to runners aged five years and older and includes 32 obstacles over its 3m6f trip.

Featuring an array of hedges, plants, banks, mounds and standard fences, the course is also unique at Cheltenham in that it requires the runners to run both right-handed and left-handed during the race. An increasingly popular contest, this event adds a little variety and spectacle to the greatest National Hunt meeting on the planet.

Only coming into being when a fourth day was added to the Cheltenham Festival in 2005, the most famous winner of the race to date – by a cross country mile – is dual Grand National hero, Tiger Roll, who came out on top in this event prior to his Aintree victories in both 2018 and 2019.

One of Ireland’s biggest racing festivals is the scene for the nation’s top cross country event, with the Punchestown Festival in April featuring the prestigious La Touche Cup. A real test of stamina at 4m2f, the race sees the contenders faced with 35 obstacles, including traditional fences, laurel hedges and drop banks.

The clear standout name in the history of this event is the Enda Bolger-trained, Risk Of Thunder. Bolger is renowned for success in this type of race, and sent out Risk Of Thunder to win the La Touche Cup on a remarkable seven occasions between 1995 and 2002.

Also known as the Velcká Pardubická, the biggest horse race of the year in the Czech Republic may have the words “steeple chase” in its title, but when viewing the contest, it quickly becomes clear that this marathon event ticks all the boxes of a cross country race.

Taking place over four miles, the contest partially takes place on the racecourse proper at Pardubice, and partly over ploughed fields in the vicinity of the track. The water features in this event are natural streams, with the other obstacles consisting of hedges, banks and huge ditches. This is one of the most challenging races of any description to be held anywhere in the world!

More a series of races than a single event, the Crystal Cup gathers together the top cross country events of the racing calendar. Points are allocated to the top six finishers in each of the featured races, with prizes then being awarded to the best performing trainers, jockeys and horses over the series as a whole.

The La Touche Cup no longer features as part of the Crystal Cup program, but the Glenfarclas Cross Country Chase and Velcká Pardubická do, together with other top events from France, Poland, Belgium and Italy.