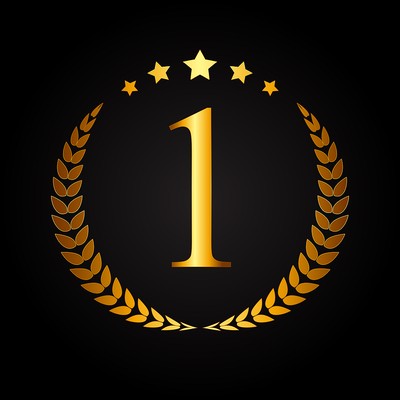 At the very top of the National Hunt ranking ladder are the Grade 1 contests – effectively the equivalent of Group 1 races on the flat. Be it over hurdles, the larger more formidable fences, or indeed in National Hunt Flat events, Grade 1 races provide the stage upon which the best of the best strut their stuff.

The likes of Desert Orchid, Kauto Star, Denman and Best Mate (to mention only a few) are names which have truly transcended the sport over the years, seeping their way into the public psyche, and a large part of that fame and acclaim has come through their numerous successes in Grade 1 contests.

There are a total of 40 Grade 1 National Hunt races held in Britain each year; 20 over fences, 19 over hurdles and just the one National Hunt flat race or “bumper” – see list below for full details. Here we take a closer look at what makes a Grade 1 a Grade 1, and we pick out a few of the key contests which fall into the category.

What Is a Grade 1 Horse Race?

The first thing to note when it comes to these top-level events is that they are all what is known as “weight for age” races. This label refers to how the weights carried by the combatants are determined. Unlike handicap races – where weights are assigned according to a runner’s official rating – the burden a runner is shouldered with in a Grade 1 will be defined by the age and sex of the horse.

In hurdle events four year olds carry more than three year olds, and in chases the five year olds carry more than the younger runners. The exact weight concession operates on a sliding scale throughout the season, becoming less as those younger runners close the gap on their elders in terms of physical maturity. The fillies and mares always receive an allowance, which in most instances is 7lbs.

Whilst the official ratings system may not define the weights carried by the runners, they do determine whether a given runner is able to take part in the race at all. The rules for Grade 1 racing have continually evolved over the years, with the latest update coming in 2018, and thankfully, it is all relatively straightforward.

In order for a horse to line up for a non-Novice Steeple Chase or Hurdle it must have an official rating of 130 or above. For a Grade 1 Novice Chase, this barrier to entry is set at 120. Novice Hurdle’s are exempt from any such restriction as they generally take place at the beginning of a runner’s National Hunt career, and as such are the races in which those talented performers initially begin their climb towards those lofty ratings.

Whilst there may well be 40 Grade 1 events over the course of the racing season, there are those which really ought to be labelled as Grade 1+. Quality races though they undoubtedly are, they likelihood is that non-racing fans will not know their Melling Chase from their Scilly Isles Novices’ Chase, for example. There are other contests however which count as titanic events not only in the racing world, but also make a big splash on the sporting scene as a whole. In no particular order, here are our top three Grade 1 contests which fall into this category.

When it comes to the National Hunt game, the event which soars above all others, and for many, the Festival around which the whole season hinges, comes at Prestbury Park in March. That event is of course the racing and betting monster that is the incomparable four-day Cheltenham Festival at Cheltenham Racecourse. As the premier event of the season, it should be no surprise that this meeting has its fair share of Grade 1 contests – a veritable feast in fact – with a whopping 14 on offer in all.

Of those 14, the best of the bunch – certainly over fences – is the mighty Cheltenham Gold Cup. A race for the best staying chasers in the game, this is effectively their World Cup Final, and represents the crescendo to which this whole meeting builds. The distance of 3m2½f is the trip, with 22 formidable fences to be jumped at championship pace putting the contenders fencing ability under maximum scrutiny. For those who like their racing to be both high-class and dramatic, it simply doesn’t get any better than this.

Taking place on the fourth and final day of the meeting, the race has been the scene of performances both majestic – Kauto Star’s 13-length romp in 2009 for example – and warrior-like – Native River’s monumental battle with Might Bite in 2018 – and is a race not to be missed.

Vying for top honours in the chasing department is Kempton Park’s festive spectacular that is the King George VI Chase. Falling right in heart of the festive season, this Boxing Day sporting highlight is one of the most watched and highly coveted events of its type year upon year, and is very close to the top of the tree when it comes to a horse galloping its way into the public’s affections.

Not quite so much of a test as the Cheltenham Gold Cup, due to its 2f shorter trip and easier track, stamina is still very much to the forefront when it comes to qualities needed to succeed. Stamina and a large dose of class have led horses of such calibre and renown as Kauto Star (five times), Desert Orchid (four times) and Wayward Lad (three times) to success in this 18 fence, three mile, Christmas Cracker.

These Grade 1 contests aren’t all about the chasers though. The standout event over the smaller obstacles also comes at the Cheltenham Festival, with the opening day highlight that is the Champion Hurdle being the barometer by which the most talented hurdlers in the game are measured.

A distance of 2m½f may not sound particularly short to the ardent gym abstainer, but when it comes to National Hunt horses, it is just about the bare minimum trip over which they are asked to compete. As such it is speed and fluency over the obstacles which are the name of the game here. Watching the highest-class hurdlers in the business going at it full tilt around Cheltenham is one of the most thrilling sights of the meeting in a race to have been landed by the likes of the simply brilliant Istabraq, Faugheen “The Mahine” and Grade 1 World record holder – with 22 top level wins – Hurricane Fly.