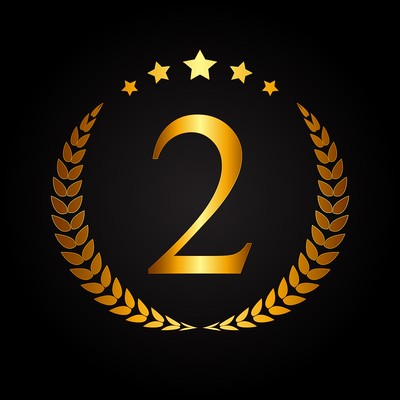 As their label would suggest, Grade 1 races are the cream of the crop when it comes to British National Hunt racing. Not far below them though – when it comes to both quality of performer and prestige – are the Grade 2 events. Together with Grade 1s, Grade 3s and Listed races, Grade 2s make up the category of Class 1 contests. No need to be confused about your Classes and your Grades. Class refers to the broader category, whereas the Grade represents a smaller section within that category.

There are currently 71 Grade 2 events on the British racing calendar, 35 over hurdles, 33 over fences and three National Hunt flat races or “Bumpers” (see table below for the full list). Here we take a closer look at the make-up and purpose of these Grade 2 events, and pick out some of the very best races which fall into the category.

Providing Structure to the Season

From October’s Persian War at Chepstow all the way through to the Select Hurdle at Aintree in April, the fixture list provides a consistent stream of Grade 2 racing contests. The steady drip of these events is certainly no accident, with the British Horseracing Authority having put a lot of time and thought into achieving this result, and therefore providing a recognisable structure to the season.

The overriding aim of this structure – which is known in the racing world as the Pattern – is to provide high quality races over the full range of distances, be it over hurdles or in chase contests, in order to give the owners and trainers of the top talent a route through the season.

The Grade 2 races are really stepping stones along this route, with the ultimate destination being the major Grade 1s, which congregate towards the middle and end of the season. The Shloer Chase and Desert Orchid Chase, for example – both run over 2m – will invariably attract contenders whose major objective is the Grade 1 Queen Mother Champion Chase over the same distance at the Cheltenham Festival.

In common with Grade 1 races, the vast majority of Grade 2 contests are weight for age affairs. What that means is that the weight carried by the runners will be determined by the age and sex of the horse rather than said runner’s official handicap rating. Mares will generally carry 7lbs less than male horses, and those runners aged six and older will have to concede weight to their younger rivals.

The handicap contests which do fall under the Grade 2 banner tend to be Limited Handicaps. The weights carried in these events will be determined by official ratings, but restrictions will apply as to the quality of performer eligible to enter, for example some races will only be open to horses rated 140 or above, or limited to runners rated between 140 and 155.

Where Grade 2s do differ markedly from Grade 1s though is that there will usually be penalties in place for previous wins. The exact terms of these penalties will be listed in the conditions of the race, but in general, the higher the class of race previously won, the higher the weight penalty imposed. A recent Grade 1 winner stepping down into a Grade 2 for example can expect to be saddled with an additional burden.

Three of the Best

There are certainly plenty to choose from when it comes to British Grade 2 races, and each of the 69 on offer do have their individual merits. That said, the following three are our personal pick of the bunch.

As the only Grade 2 race run at the Cheltenham Festival, it’s hard to leave this cracking chase contest off the list. Being the only Grade 2 isn’t the only thing which makes this one stand out at the March meeting – it is also the longest race of the four days. Held over a gruelling four miles, only the toughest will prevail coming up the hill at the end of this marathon. The scene of many a thrilling finish over the years, the race counts 2018 Grand National hero Tiger Roll on its roll of honour.

The festive period is certainly a good time to be a racing fan, with the King George at Kempton on Boxing Day being the obvious highlight. Held at the same track just one day later though is one of the very best contests for the speedy chasers of the season. Only brought into being in 2006, the race has already been won by six past or subsequent Champion Chasers including the brilliant Altior, and the incomparable Sprinter Sacre, who came home in front in 2015.

It’s certainly not all about the chasers when it comes to the stand out Grade 2 events of the season though. A little earlier in December each year, the home of the National Hunt game lays on a real treat for fans of the slickest hurdlers in the game as Cheltenham plays host to the International Hurdle.

Held over a trip of 2m1f this race has paved the way to future Champion Hurdle glory on a number of occasions over the years, with the likes of Bula, Sea Pigeon and the tenacious grey Rooster Booster all backing up a win in this with success in the biggest hurdle of them all.