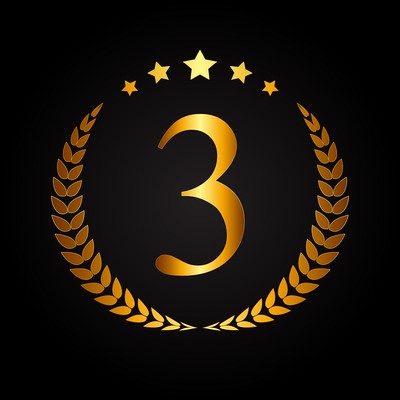 Third on the list when it comes to British Racing Grades, come the Grade 3 contests. Making up a valuable part of the pattern in the racing calendar, these events fall just a little shy of the Grade 1 and Grade 2 events when it comes to the superstar names on show and quality of performer in general.

As we will see though, this particular racing classification contains a whole host of popular contests, including the most famous race run anywhere in the world …

There’s no shortage of Grade 3 events spread throughout the year, with barely a week going by without one taking place from the moment the season commences in October. There are 25 chases and 17 hurdles, run over a total of 13 different courses, that make up the total of 42 British Grade 3 races, as detailed in the table below.

The Hottest Handicaps in Town

Whereas Grade 1 contests are purely weight for age events, and Grade 2s largely follow the same structure but with additional penalties for previous wins, the Grade 3 events are run under standard handicap conditions. As such, the weight carried by a runner will be determined by their official rating. For example, a 135 rated horse competing in a Grade 3 event would be required to carry 7lb more than a runner rated 128.

The purpose of the handicapping system is to make for the most competitive and exciting spectacle possible, and as we see year after year when it comes to handicap races in general – and these classy Grade 3s in particular – it is a method which largely works.

Handicap racing of course makes up the bulk of the British racing program, both over jumps and on the level, starting all the way down at a lowly class 7 and working upwards. The best way to think of the Grade 3 events is as the absolute best the racing world has to offer when it comes to handicap racing.

Offering excellent prize money, and no little prestige, these races attract the top tier handicappers in the game, with the riches on offer often even enticing talented performers to take a step down from Grade 2 or even Grade 1 level.

It of course works the other way too. Should a runner land a Grade 3 in particularly impressive style, the subsequent hike in their handicap rating may mean the only place for them to go is onwards and upwards into Grade 2 or Grade 1 company.

Open to All but Restricted to the Best

You may often see Grade 3 contests referred to as “Open Handicaps”. What this means in theory is that the race is open for all runners to enter. In practice though the exact conditions in place means that the contests are restricted to only the top-level handicappers.

The specific condition which keeps the lower rated runners out is the “minimum weight” stipulation. This will almost always state that the minimum weight to be carried by any competitor is 10st. Now consider a race where the top weighted runner is rated 150 and set to carry the maximum weight of 11st12lb. Should a runner rated 115 take their place in the line-up, they would still have to carry 10st (just 26lbs less than the top weight) despite being rated fully 35lbs below that horse. With 1lb roughly equating to one length in racing terms, taking part under such conditions would be very unlikely to end well.

The fact that all races have a maximum field size, and that these events are regularly oversubscribed, also helps to ensure only the best compete in these contests. Should there be 40 entries (not uncommon) for a race with a maximum field size of 20, it will be the 20 highest rated entries who will be allowed to line up.

Three of the Best

Looking through the above table of Grade 3 contests, there is of course one race which stands out like a rather large sore thumb. The world’s greatest steeplechase does make our top three of Grade 3s, together with another couple of contests which have provided truly iconic racing moments over the years.

There are in fact three Grade 3 contests which take place over Aintree’s famous fences, with the Topham Chase and Becher Chase also taking in the likes of Valentine’s and The Chair. The race with which those obstacles are most linked though is of course the magnificent Grand National itself.

Such is the profile of this race – it is perhaps the only contest which truly reaches a mass audience – that many will be surprised to see that it is “only” a Grade 3. As a handicap contest though, a Grade 3 is as high as it can be rated under the current racing classifications.

Whatever the grade, this is the biggest racing event of the year, bar none, and with a whopping £1million in total prize money, and a place in racing folklore on offer, it continues to attract the toughest and most talented chasers in the game to tackle its 4m2½f trip each year in April. The nation stops, everyone from kids to grannies has a bet and the winner will earn their place in history, all part of what makes the Grand National truly special.

One of the most appealing aspects of the best Grade 3 events is when a genuine Grade 1 performer attempts to concede lumps of weight to inferior rivals. Nowhere has this been done better than in Newbury’s Ladbrokes Trophy.

The race formerly known as the Hennessey Gold Cup was twice taken by the mighty Arkle under a welter – and now forbidden – burden of 12st7lbs. In more recent times, Denman carried top weight of 11st12lb to glory in 2007 and returned to repeat the performance in 2009. The never say die attitude of the horse known as “The Tank” in that latter success was a fine example of why fans flock to this great sport year after year.

One of the key early season targets for owners and trainers of the upper echelon of handicap chasers comes at the home of the jumps game, Cheltenham racecourse. A hugely popular betting event, this 2m4½f contest lights up the racing action each year in November and rarely fails to deliver in terms of excitement, thrills and spills. The best of the recent winners was the Nigel Twiston-Davies-trained 2008 champ, Imperial Commander, who returned to Prestbury Park in 2010 to win the Cheltenham Gold Cup itself.