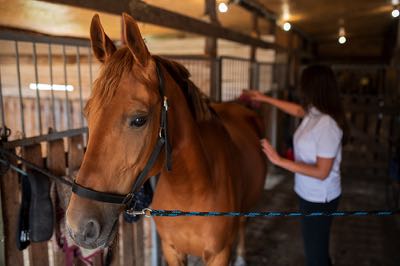 There are a few phrases and terms with which to become familiar when looking at the different types of horse race, but thankfully, the majority are fairly easy to understand. One such term, which crops up in both flat and National Hunt race types, is that of “novice”.

Possibly the best place to start when explaining what a novice race is, is to first consider the actual meaning of the word “novice”; it generally refers to a person who is new or inexperienced in the work/situation in which they are placed. If we then switch the word “person” for the word “horse”, we have a pretty accurate description of the runners in a novice race. That is, a novice race is an event for runners who are (at least relatively) inexperienced in a certain sphere of racing, be that on the flat or in hurdles or chases.

But just how inexperienced is relatively inexperienced? In order to frame a racing programme for novice runners, the authorities need to have an exact way of defining this term, both for flat and National Hunt racing. We will now take a look at the types of novice races to be held in the UK and Ireland, and detail the types of horses eligible to run in each.

There is only one category of novice race on the flat: the Novice Stakes. Such races can take place over a range of distances and classes, but in general tend to be lower level events for younger horses – with the majority of Novice Stakes events featuring either two or three year old runners. That makes sense really considering the contests were first introduced in order to boost the racing programme for the younger, more inexperienced runners.

What defines a “novice” in the flat racing sphere? In order to qualify for a Novice Stakes a runner must meet the following criteria:

There is also one additional rule which comes into play around three quarters of the way through the British flat season. After a specified date in early July – the exact date each season depends upon how the calendar falls – the following condition also applies:

A maiden horse, i.e. a horse without a win, would therefore still be eligible to run in a Novice race after this date in July, regardless of how many previous runs they have. That is just about it in terms of which horses may and may not take part in novice flat races.

The races themselves are run as weight for age affairs, meaning they have weight allowances depending on the age and sex of the runners rather than their official ratings. There are also likely to be penalties in place for previous wins – the exact details of which will always be listed in the specific terms of an individual race.

Novice contests tend to cover a far broader class of runner in National Hunt racing, from lowly handicaps all the way up to the huge Grade 1 events at the Cheltenham Festival. In the jumping game, a number of the best races of the whole season contain the word “Novice” in the title, both over hurdles and fences.

How do we define a National Hunt novice? To run a novice event in the relevant category, runners must meet the following criteria:

This April cut-off for standard novice hurdles and chases represents the end of one National Hunt season and the start of another, with the exact date dependent upon how the calendar falls each year. Note the later date for the novice hunter chasers. This is largely due to historical reasons relating to the hunter chase racing programme.

In any category of National Hunt racing – be it hurdles, chases or hunter chases – a novice will remain a novice until the end of the season in which they gain their first win, no matter how many wins they achieve during that season.

The above definitions of a novice are fairly straightforward and easy to remember, but there is one further stipulation in place designed to provide a little leeway to those horses who don’t gain their first win until particularly late in the season:

One of the main reasons for the introduction of this rule was to encourage trainers to continue running their novices late in the season. Previously many trainers would not wish to risk running a novice in March or April, only to have the horse almost immediately lose its novice status should it win.

In general, novice runners in whatever sphere, do tend to stick to novice races rather than stepping up and tackling the more experiences runners. Novices are however perfectly entitled to run in non-novice hurdle or chase contests, and have done so to excellent effect in the past – Coneygree winning the Cheltenham Gold Cup as a novice in 2015 being a famous example from recent years.

As mentioned, whilst novice events on the flat tend to be of a moderate standard, there are many top-class novice contests which take place over the course of the National Hunt season, headlined by no fewer than 17 Grade 1 events in the UK and a further 17 in Ireland.

Nowhere are these high-level novice events more in evidence than at the season’s major festivals of Cheltenham and Aintree – as outlined in the tables below. Perhaps the best way to judge just how good these races are is through looking at a selection of the previous winners, which in almost all cases includes at least one genuine superstar.

Novice Races at the Cheltenham Festival

Novice Races at the Aintree Festival