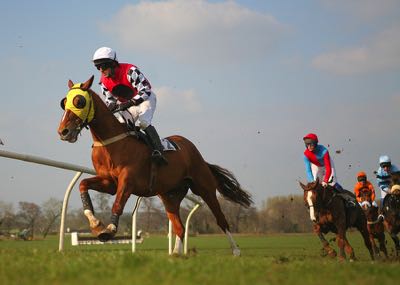 As with many sports, horse racing comes with its share of terminology that may seem unfamiliar to the uninitiated. Nowhere is this more in evidence than in the naming of the various race types. One word which regularly crops up in the world of flat racing is “stakes”.

Attached to the end of everything from the prestigious Derby Stakes at Epsom, to a lowly all-weather Maiden Stakes at Southwell – not forgetting the famous “Getting Out Stakes” which ends every race card for those stuck in a financial hole; “stakes” must be one of the most commonly used words in the world of horse race titles. But what exactly does it mean?

The Origins of Stakes Races

The root of the “stakes” term, which is so prevalent in so many races on the flat to this day, is related not to a type or class of horse, nor to exact race conditions – but rather to the make-up of the prize money on offer.

From a historical perspective, the term “stakes race” was used when describing a horse race whose prize fund came from contributions of the owners of the competing horses. Sometimes this contribution accounting for just a proportion of the overall prize money, sometimes it covered the whole lot. Such owners were therefore said to have a financial “stake” in the race, and so the term arose.

In the modern racing world that definition of a stakes race no longer has the relevance it did in years gone by, as in all races – be they Classics or low grade handicaps – owners are required to contribute to the prize pool through paying an entry fee for the race. As such, if the old definition were to be applied, then every single race run in the UK and Ireland would in fact be a stakes race.

If the original definition of the term is now a little outdated, what exactly is a “stakes” race in horse racing in the 21st century? When looking through a modern-day race card, you are likely to find a wide variety of “stakes” races on offer, for example Maiden Stakes, Novice Stakes, Conditions Stakes, Classified Stakes, Selling Stakes, and so on. In fact, approximately half of all races run in the UK or Ireland are stakes races of one form or another, with the other half being handicap events.

The simplest way to define a stakes race is therefore as being any race which is not run under handicap conditions; i.e. races in which the weights to be carried by the runners are not defined by their official rating, but rather by some other method – most commonly the weight for age scale, where allowances are made for both the age and sex of the runners.

Strictly speaking, stakes races include all contests which are not handicap events, however, the term does tend to be more commonly associated with higher quality contests. Should you hear a race referred to simply as a “Stakes Race”, this will most often be a higher-class contest, and likely a race at Listed level or above.

The reason for this stems from the shorthand version generally used to refer to various different race types; with the lower class races which fall under the “stakes” race umbrella most commonly being referred to as something other than a “Stakes Race”.

If we take away those categories with a commonly used alternative notation, that only really leaves the higher class Group and Listed class events – the likes of the Classics and major events at Royal Ascot and the other top class racing festivals – to fall into the “Stakes” race category. Hence the term’s association with the more prestigious and valuable events of the season.

This definition of stakes races being higher class affairs, and often the feature events at a card or meeting, is one which very much applies to the international racing scene – particularly in the major racing jurisdictions of the USA and Australia.

In the USA, for example, there are four basic echelons of racing: maiden, claiming, allowance and stakes, with stakes being at the top of the tree in terms of the quality of runner on show. The original definition of a stakes race, i.e. a contest in which a portion of the prize pool is made up of money contributed by the owners, is also more apt in the USA. Not all race types in America have entry fees – known as nomination fees in the US – but all stakes races do.

A similar situation exists in Australia, where the vast majority of stakes races are higher quality events – Listed or Group class – offering significant prize money and prestige to the winning horse and connections.