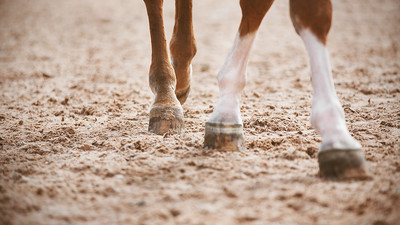 One of six all-weather venues in Britain, Chelmsford City benefits from floodlighting capabilities and is so able to stage meetings all throughout the year. An increasingly popular venue, the course takes maximum advantage of this and – with close to 60 meetings per season – is now one of the busiest tracks around.

Situated in 150 acres of parkland, the venue boasts a mixture of a picturesque setting and thoroughly modern facilities, including a 10,000-capacity grandstand which, unusually for a racecourse, is situated in the centre of the track.

Racing takes place on the same type of Polytrack surface such as that which in use at the more established British all-weather venues of Lingfield and Kempton, meaning that form between the tracks can often equate well. In 2017 plans were announced to build a new turf course inside the existing all-weather track but these do not seem to have advanced, and for now Chelmsford City remains an all-weather only venue.

Whilst there are no true top-tier events yet held at Chelmsford, the track does feature as part of the All-Weather Championship Series and stages two Listed class contests in the shape of May’s Chelmer Fillies’ Stakes and the Queen Charlotte Fillies’ Stakes which takes place in June. Whilst established stars may be something of a rarity around here, it can nevertheless be a good track at which to spot emerging talent. Charlie Appleby’s Tryster won the first ever race at Chelmsford, before going on to score in Group 1 company, and the track continues to attract promising sorts to this day. 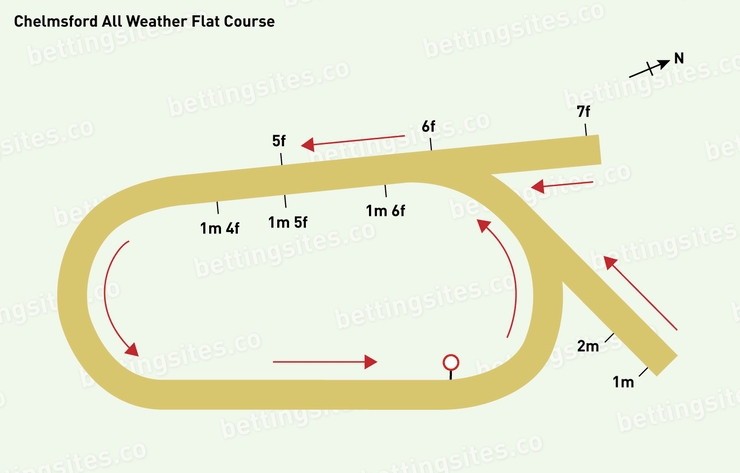 Chelmsford’s left-handed course is oval in nature and bears a striking resembles to the type of track so prevalent in US racing. Around 8.5f in circumference, this distance is almost evenly divided between two 2f, broad, sweeping bends and two 2f straight sections. Completely flat throughout, the track is essentially galloping in nature, with the gradual bends not placing undue demands upon the balance of the contenders.

In the early days following the opening of the course, there was a notable bias towards the front runners over all distances due to the often severe kickback. It is after all hard enough to come from behind without the added obstacle of sand being continually flung in your face, whether you are a horse or a jockey! Works have been undertaken in an effort to remedy this, but those who race prominently are still considered to be at an advantage, particularly over sprint distances.

In common with many turning tracks, there does seem to be an advantage in being drawn low against the rail at Chelmsford. This general trend holds true over all distances from 5f – 10f, with an analysis of 870 races showing win percentages of 10.4% for low, 9% for middle and 7.5% for high.

The most pronounced bias comes in races over the 1m trip, which goes against the common theory that those drawn low may be squeezed up as they enter the main course from the spur containing the 1m start. At trips beyond 1m2f, the draw advantage evens out significantly, with the galloping nature of the track making it largely a non-factor by the time we get to the staying trips of 1m6f and 2m.

In general, this hasn’t been the track for favourite backers to come looking in search of an easy net win. There has however been a small window of opportunity in the handicap events for the two year olds over the past fee seasons, with such contests returning a 41% strike rate and a £20.56 net win to £1 level stakes.

Looking at the trainers and jockeys over this same period, Jim Crowley has been the man to follow in the saddle with a 24% strike-rate and a £1 level stakes net win of +£16.33. Newmarket handler John Gosden leads the strike-rate standings amongst the trainers with an excellent 25%, but supporting all of Gosden’s runners would nevertheless have resulted in a loss of £42.05 to £1 level stakes.

Great Leighs and the History of Chelmsford City

We are lucky to have a total of 59 racecourses here in Britain, spread over just about the length and breadth of the country. However, until 2008 there were none at all in the county of Essex, nor in neighbouring Hertfordshire. That is more than a little unusual considering the size and population of Essex alone, plus the area’s proximity to the capital, and the fact that the major training centre of Newmarket lies only 50 miles away.

Step forward Great Leighs, the track which opened in April of 2008 in order to fill this racing void. A big deal on the British racing scene at the time of its launch, the course was the first entirely new racing venue since Taunton first opened its doors to the public way back in 1927. Sadly, the Great Leighs venture turned out to be not so great after all, and by January of 2009 it had entered into administration.

Thankfully all was not lost, as that closure turned out to be only a six-year hiatus. Purchased by a syndicate headed up by Fred Done of Betfred fame, the venue re-opened with exactly the same track and facilities in 2015. It did now however have the new name of Chelmsford City, after the town of Chelmsford in the local area – although the track itself is actually much closer to Braintree. It is safe to say that this second incarnation of the track is rather better than the first.