Located in Roxburgshire in the Scottish Borders, Kelso is one of only two Scottish National Hunt racecourses. Boasting a rich racing heritage, with tales of events in the area from as long ago as 1734, the current venue opened in 1822 – operating as a flat track for the first 66 years before switching to the jumping game in 1888.

Popular with locals and drawing in punters from further afield thanks to its countryside charm, the course regular scores highly in popularity polls – recently being crowned “Britain’s Friendliest Racecourse” in a Sunday Times Survey. The track hasn’t always been quite so universally popular though, with a group of suffragettes plotting to burn the course down back in 1913! Thankfully that attempt came to nought, and the only plot associated with the track in modern times is of the racing variety.

Kelso’s racing season operates from September through to May and as such many of its 13 meetings are held during the real heart of the National Hunt season. The pick of these fixtures comes in late February/early March, at a meeting which includes both the course’s classiest contest of the Grade 2 Premier Kelso Hurdle, and the excellent Morebattle Hurdle which counts the classy duo of Simonsig and Peddlers Cross on its roll of honour.

The National Hunt course at Kelso is in fact not one but two partially overlapping yet separate tracks, both of which are left-handed, broadly oval in shape and sharp in nature. Generally flat throughout, both the hurdles and chase courses feature only mild undulations, with the exception of the final two furlongs which climbs uphill to the line.

Previously, the last obstacle on both tracks had been placed around two furlongs from home, creating a real slog of a run-in. However, this position was altered in 2012, moving the obstacles closer to the winning post in order to break up this arduous home straight. Even with that shift, it is not unusual to see the shape of the race alter following the final flight as the stamina reserves of the leaders are put under maximum pressure.

The track does benefit from good natural drainage but this is not enough to counteract the weather of the Scottish Borders, particularly in mid-winter. This regularly results in testing going which places a real premium upon stamina.

Blindly backing the favourite has proven to be a losing proposition overall at Kelso, other than in the non-handicap hurdle events which have returned an impressive 59% strike rate and a net win to £1 level stakes of around £10.50. 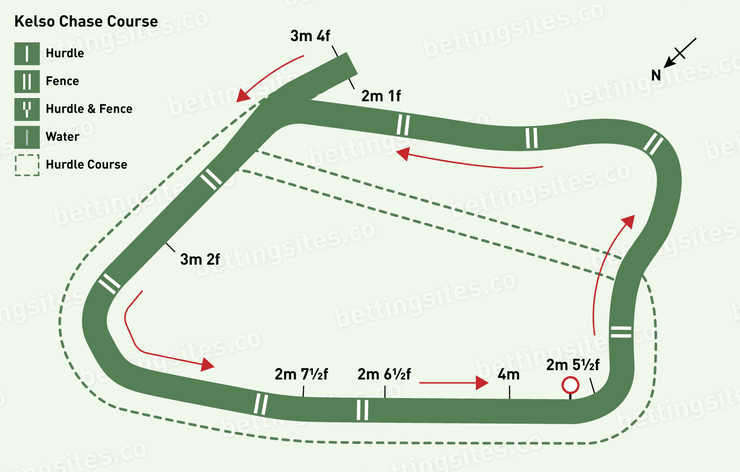 Whilst the home straights and many of the bends of the chase and hurdles tracks lie on the same patch of land, the two courses have completely separate back straights. Of these back sections, it is that of the chase course which is the outer of the two, creating a circuit of 1m600yds. Whilst being the more galloping of the two tracks, the relatively short straight sections and tight turns do still favour the nippier type of chaser, with the long-striding galloping type being at a definite disadvantage around here.

In the past, Kelso was notable for its high rate of fallers, although this has been decreasing in recent years due to the fences becoming slightly easier. That said, the close positioning of the obstacles to one another does still create difficulty for suspect jumpers – particularly the three in the back straight and the two on the run back towards home. 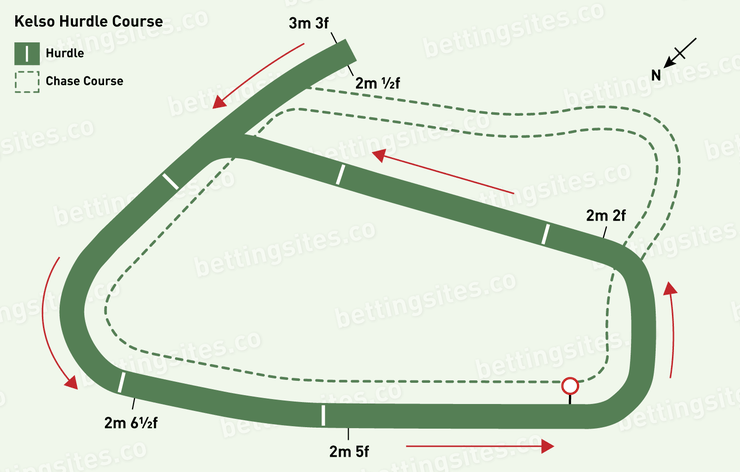 Utilising the inner of the two back straight sections, the hurdles track boasts a circumference of only 1m330yds, making it the sharper of the two courses. Runners tackling the smaller obstacles are faced with a total of five flights per circuit, two in each of the straights and one on the section leading from the back to the home straight.

Given that sharp configuration, the hurdles track is most unsuited to the type of runner who needs time to build up a head of steam. Agile, prominent racers able to jump accurately at speed, and handle the bends tend to go well around here. An ability to see out the trip is also important, particularly if the ground is riding on the soft side.